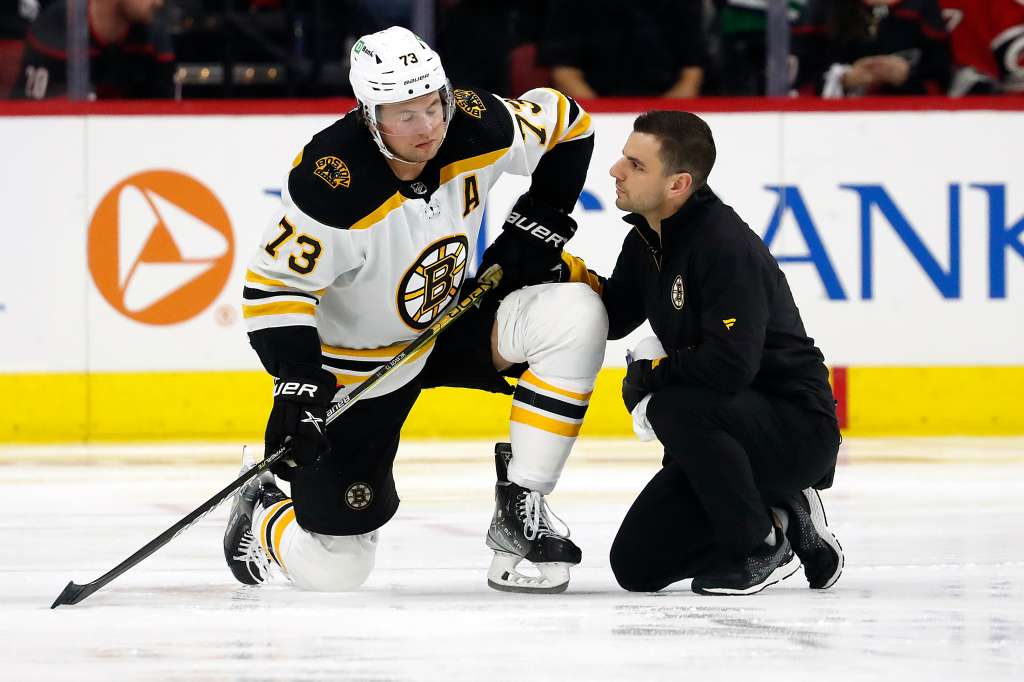 Boston Bruins' Charlie McAvoy (73) is examined by a trainer following a hit against Carolina Hurricanes during the third period of Game 2 of an NHL hockey Stanley Cup first-round playoff series in Raleigh, N.C., Wednesday, May 4, 2022. (AP Photo/Karl B DeBlaker)

BOSTON (AP) — Boston Bruins defenseman Charlie McAvoy had arthroscopic surgery on his left shoulder and is expected to miss the start of the regular season.

The Bruins said Friday that McAvoy had a “stabilization procedure” and is expected to need six months to recover. That would bring him back in December. A 2016 first-round draft choice and the team’s No. 1 defenseman, McAvoy had 10 goals and 46 assists last season.

Also, the Bruins said Matt Grzelcyk had a right shoulder open stabilization procedure and will need about five months to recover. Mike Reilly is expected to need three months to recover from surgery to repair his right ankle tendon repair and remove bone fragments.

The Bruins, who lost in the first round of the NHL playoffs to the Carolina Hurricanes, had previously announced that top scorer Brad Marchand will miss the start of the season while recovering from hip surgery.