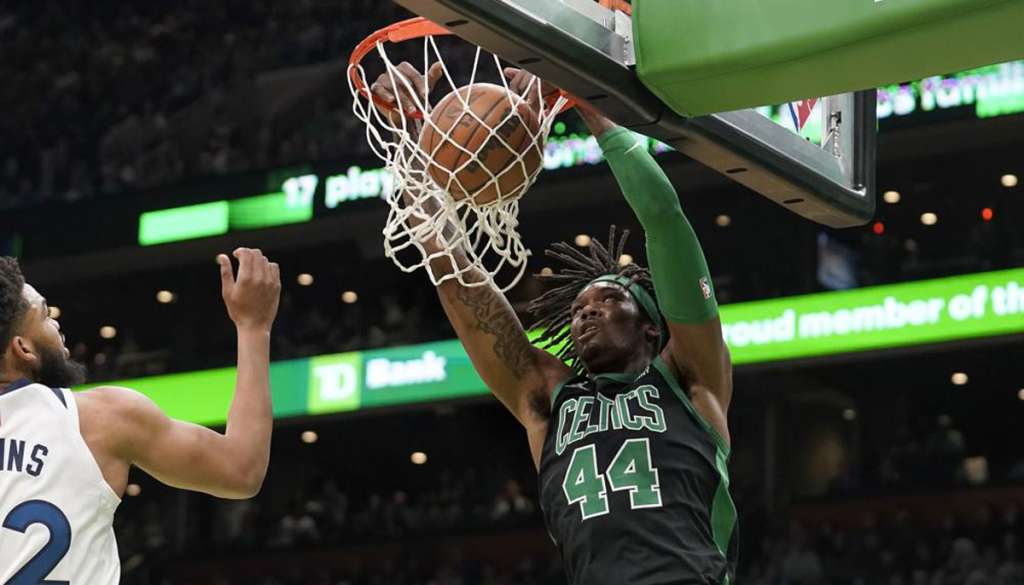 BOSTON (WHDH) - With the Celtics’ season hanging in the balance, it remains to be seen if they will have their full squad available for Friday night’s do-or-die game in Milwaukee.

Starting center Robert Williams is still listed as questionable just a few hours before the Celtics’ pivotal Game 6. Williams missed Games 4 and 5 after the Celtics reported the big man was suffering from knee swelling.

The four-year center underwent knee surgery for a torn meniscus in March before returning during the Celtics’ first round matchup against the Brooklyn Nets.

“We’re waiting to hear how he feel,” said Celtics head coach Ime Udoka in an interview with 95.5 The Sports Hub’s Bertrand and Zolak Show. “When he was going through his rehab process, he’s going to have a day where he’s a little more sore and then it settles down … The swelling went down and now we’re waiting to see if the soreness goes away.”

The Celtics are in desperate need of reinforcements on the glass. Boston allowed 17 offensive rebounds in their 110-107 loss on Wednesday night, none more crucial than the batted ball that somehow found its way into the hands of Milwaukee’s Bobby Portis and that the Bucks forward ended up tapping up and in to put the Bucks up three, and up 3-2 in the series, with 11.4 seconds left.

The Celtics, with or without Rob Williams, will fight to keep their season alive when they tip-off Game 6 against the Bucks at 7:30.