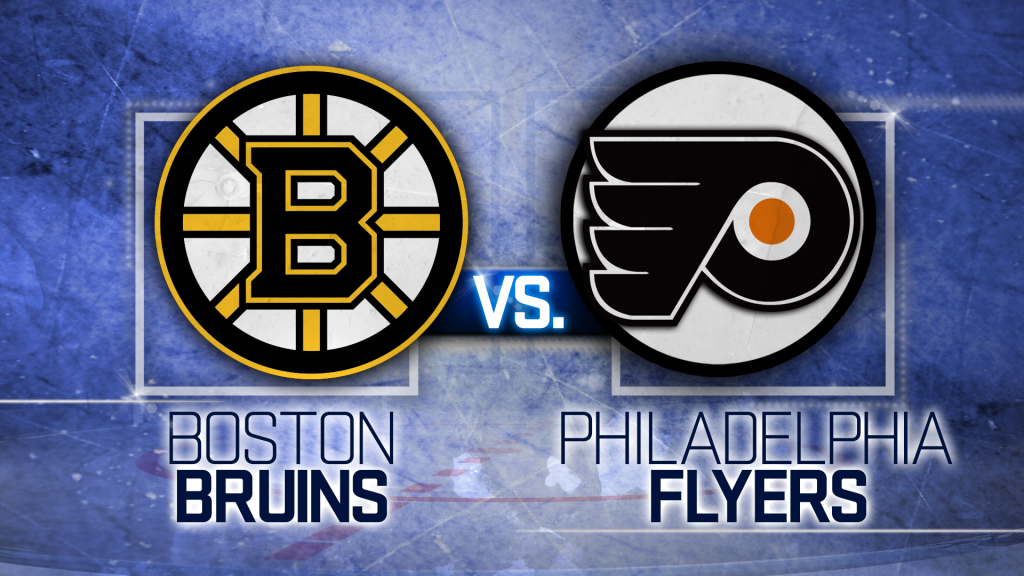 Pastrnak scored the first goal in the first period and added another during a 4-on-3 power play to start the third to help Boston win for the sixth time in seven games. The Bruins are 21-1-3 at home this season and have the best overall record in the NHL.

Krejci, who interrupted his 16-year Bruins career by playing in his homeland last season, returned to Boston and joined fellow Czechs Pastrnak and Zacha to snap the Flyers three-game winning streak.

Carter Hart stopped 14 shots before he was replaced midway through the second period by Samuel Ersson, who made nine saves the rest of the way. The Flyers lost for just the second time in nine games.

Pastrnak opened the scoring five minutes in when he forced a turnover in the Philadelphia zone and headed for the crease, where he deflected a pass from Zacha into the net. With five minutes left in the period, Zacha put his entire body into a slapshot that made it 2-0 and knocked him from his skates.

Brad Marchand backhanded in a rebound four minutes into the second to give Boston a 3-0 lead. Less than a minute later, Zacha’s crossing pass was deflected into the net. Pastrnak made it 5-0 with a one-kneed, one-timer early in the third and then Matt Grzelcyk gave Boston a 6-0 lead with 12 minutes left.

Krejci received a standing ovation – and the traditional stick-taps from both teams – when the public address system announced after his first shift that he had played in his 1,000th NHL game.

Drafted by Boston in 2004, Krejci spent his first 15 years of his pro career with the Bruins before leaving last season to play in his native Czechia. He returned to Boston this season, and on Monday he became the seventh player ever to play 1,000 games for the Bruins.

He is the third player on the roster to reach the 1,000-game milestone, joining Patrice Bergeron and Nick Foligno.

The team said it would honor Krejci before the game against Ottawa on Feb. 20.

Bruins: At Islanders on Wednesday.