Details have emerged about Brittney Griner’s arrest in Russia. But questions remain over her current whereabouts 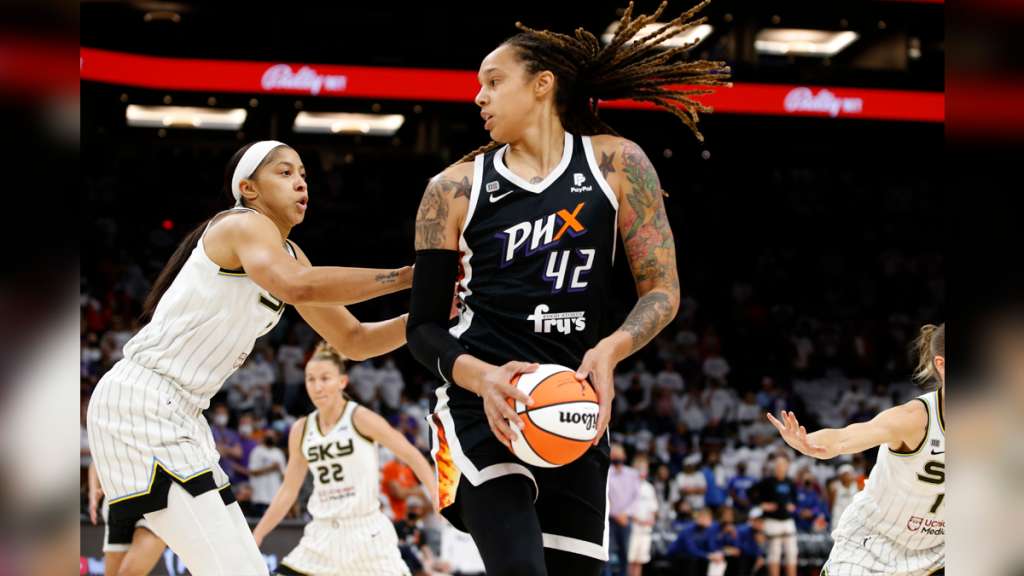 (CNN) — Basketball star Brittney Griner’s arrest in Russia on allegations of drug smuggling has brought widespread condemnation in the US but few details from Russian authorities on her status and the investigation.

Key questions remain over the detention of Griner — a two-time Olympic gold medalist and player for the WNBA’s Phoenix Mercury and Russian club UMMC Ekaterinburg — including the exact date of the arrest and her current whereabouts.

A social media post on February 16 provides some insight for when she may have been detained, as a photo with a fan appears to show Griner at a hotel at New York’s John F. Kennedy International Airport.

Four days later, UMMC Ekaterinburg took the court in a game, but Griner is nowhere to be seen in photos posted by the team on Russian social media. Griner is seen participating in EuroLeague Women games for the team just weeks earlier.

Family, friends and supporters of Griner remain in the dark about her well-being amid the backdrop of Russia’s invasion of Ukraine, which has resulted in mounting casualties and economic sanctions.

Worldwide condemnation of the invasion and the severing of many diplomatic ties has led analysts and government officials to note how difficult it may be to get Griner and other Americans incarcerated in Russia back home.

Here is a look at how information of her arrest has unfolded so far and what remains unknown.

Citing a law enforcement source, the Russian news agency TASS identified an American woman arrested on drug charges at a Moscow airport as Griner, according to The New York Times.

A spokesperson for the State Department told CNN Saturday, “We are aware of reports of a US citizen arrested in Moscow. Whenever a US citizen is arrested overseas, we stand ready to provide all appropriate consular services.”

Organizations such as the WNBA, the Mercury and the WNBA players’ union shared their concerns for Griner and their hopes for her safety.

Griner’s agent, Lindsay Kagawa Colas, said in a statement she and others knew of the arrest and confirmed that “as we work to get her home, her mental and physical health remain our primary concern.”

That night, Cherelle Griner, Brittney’s wife, posted on Instagram her appreciation for those who reached out in support.

“I understand that many of you have grown to love BG over the years and have concerns and want details. Please honor our privacy as we continue to work on getting my wife home safely,” she said.

When asked about Griner at a press conference Sunday in Moldova, US Secretary of State Antony Blinken said he could not share details due to privacy concerns but pointed to the State Department’s warning for Americans not to travel to Russia and for Americans there to leave the country.

The WNBA later confirmed that its other players had left Russia and Ukraine.

On Monday, the Russian Federal Customs Service confirmed the arrest of an American athlete in February yet did not identify the person by name nor the exact date of the arrest.

The customs service said the American was placed in pre-trial detention and noted a criminal case was opened for smuggling significant amounts of narcotic substances, and the offense carries a punishment of up to 10 years imprisonment.

“The customs inspection of the hand luggage being carried by the US citizen confirmed the presence of vapes with specifically smelling liquid, and an expert determined that the liquid was cannabis oil (hash oil), which is a narcotic substance,” the customs service said.

Russian state-owned news channel Russia 24 reported a photo was taken by authorities of Griner at a police station holding a sign with her name on it.

As word filtered through in the US of Griner’s plight, legislators have pushed for the federal government to intervene where possible. The Biden administration is working on trying to get Griner out of Russia, members of the Congressional Black Caucus said after meeting with President Joe Biden Monday.

Rep. Sheila Jackson Lee, who represents Griner’s hometown of Houston, said she spoke of Griner during the meeting and noted there is a “need for her to be immediately released and for her to receive the help of the United States to demand and facilitate that release.”

The arrest of one of the top athletes in women’s basketball has also struck a chord with many Americans. An online petition started on Change.org by Tamryn Spruill, a journalist covering women’s basketball, has since garnered tens of thousands of signatures.

Cherelle Griner shared Monday on Instagram her and others’ grief over the situation and the lack of information provided from overseas.

“We love you babe! People say ‘stay busy.’ Yet, there’s not a task in this world that could keep any of us from wondering if you are safe,” she said.

“My heart, our hearts, are all skipping beats everyday that goes by without hearing from you. I miss your voice. I miss your presence. You’re our person! There are no words to express this pain. I’m hurting, we’re hurting. We await the day to love on you as a family.”

Little clarity over what comes next

The absence of details provided by Russian authorities has troubled those close to Griner and has others asking what, if anything, can be done to ensure her safety and freedom while Russian troops mount their offensive against Ukrainians.

A member of the US House Armed Services Committee told CNN this week, “It’s going to be very difficult” to get Griner out of Russia.

“Our diplomatic relationships with Russia are nonexistent at the moment,” Rep. John Garamendi of California said.

“Perhaps during the various negotiations that may take place, she might be able to be one of the solutions. I don’t know.”

He also noted that “Russia has some very, very strict LGBT rules and laws” — though it’s not clear whether those rules and laws might impact Griner’s case.

“My biggest fear is that … she will become a political pawn,” Jackson said.