Djokovic: Not isolating after COVID infection was ‘error’ 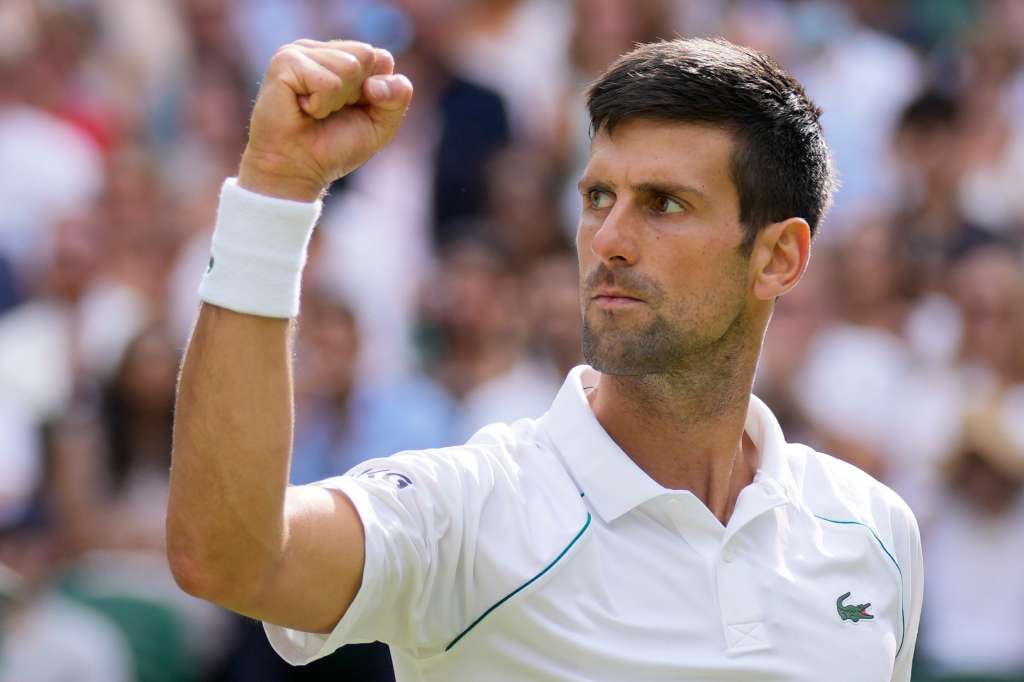 MELBOURNE, Australia (AP) — Novak Djokovic knew he’d tested positive for COVID-19 when he attended a newspaper interview and photo shoot in Serbia last month, saying Wednesday he made an “error of judgment” and should have immediately gone into isolation.

In a statement posted to his social media accounts, the tennis star also blamed “human error” by his support team for failing to declare that he had traveled in the two-week period before entering Australia.

Upon arrival, his visa was revoked and then later reinstated in an ongoing saga over whether he should be allowed into the country despite not being vaccinated against COVID-19. The back and forth has provoked outrage in Australia and overshadowed the lead-up to the Australian Open.

Djokovic acknowledged the lapses when he sought to clarify what he called “continuing misinformation” about his movements after he became infected last month — though he did not say spell out what inaccuracies he was referring to.

The statement was posted while the men’s tennis No. 1 was in Rod Laver Arena holding a practice session, his third on the tournament’s main court since being released from four nights in immigration detention.

The nine-time and defending Australian Open champion remains in limbo before the year’s first tennis major starts next Monday. The stakes are particularly high since he is seeking a men’s record 21st Grand Slam singles title.

He won a legal battle on procedural grounds Monday that allowed him to stay in the country, but he still faces the prospect of deportation because his exemption from COVID-19 vaccination rules has been questioned. That decision is entirely at the discretion of Australia’s immigration minister if deemed to be in the public interest for health and safety reasons.

Deportation could result in sanctions ranging up to a three-year ban from entering Australia, a daunting prospect for a player who has won almost half of his 20 Grand Slam singles titles here.

Court documents detailing Djokovic’s positive test sparked speculation over the star player’s attendance at events in his native Serbia last month. Further questions also were raised about errors on his immigration form that could potentially result in the cancellation of his visa.

On the form, Djokovic said he had not traveled in the 14 days before his flight to Australia, despite being seen in Spain and Serbia in that period.

In his statement, Djokovic described recent commentary as “hurtful” and said he wanted to address it in the interest of “alleviating broader concern in the community about my presence in Australia.”

The 34-year-old Serb said he’d taken rapid tests that were negative and he was asymptomatic before he received his positive result from a PCR test he undertook out of an “abundance of caution” after attending a basketball game in Belgrade on Dec. 14.

He received the result late Dec. 17, he said, and scrapped all his commitments except a long-standing interview with L’Equipe newspaper.

“I felt obliged to go ahead … but did ensure I socially distanced and wore a mask except when my photograph was being taken,” Djokovic said. “While I went home after the interview to isolate for the required period, on reflection, this was an error of judgment.”

Serbia requires those who are infected with COVID-19 to isolate for eight days, but they can get out early if they test negative during that period.

Djokovic addressed the Australian travel declaration by saying it was submitted by his support team and “my agent sincerely apologizes for the administrative mistake in ticking the incorrect box.”

“This was a human error and certainly not deliberate,” he wrote. “My team has provided additional information to the Australian Government to clarify this matter.”

The decision could take a while — but there is time pressure since the draw to determine brackets for the Australian Open is set to take place Thursday.

Immigration Minister Alex Hawke’s office issued a statement saying Djokovic’s legal team had filed further documents against the potential cancellation of his visa and added: “Naturally, this will affect the timeframe for a decision.”

At issue is whether he has a valid exemption to strict rules requiring vaccination to enter Australia since he recently recovered from COVID-19.

His exemption to compete was approved by the Victoria state government and Tennis Australia, the tournament organizer. That apparently allowed him to receive a visa to travel.

But the Australian Border Force rejected the exemption and canceled his visa upon arrival before a federal judge overturned that decision. Lawyers for the government have said an infection was only grounds for an exemption in cases in which the coronavirus caused severe illness — though it’s not clear why he was issued a visa if that’s the case.

The initial decision to let him compete sparked outrage that Djokovic was being given special treatment — and the subsequent cancellation of his visa raised allegations that he was being targeted once the issue became political. The saga is playing out against the backdrop of growing concern in Australia over surging COVID-19 cases — and the government’s strategy to contain them.

Australia-based lawyer Greg Barns, who is experienced in visa cases, told The Associated Press that the immigration minister has the “personal power” to cancel the visa without having to give written notice or a reasonable time for Djokovic to respond.

If Djokovic’s visa is canceled, his lawyers could go back to court to apply for an injunction that would prevent him from being forced to leave the country.

If the government decides instead to first give notice, Barns said it could give Djokovic up to nine days to respond.

“That might be a way of giving Djokovic a chance in the tournament and then kicking him out at the end of that,” Barns said.

Sydney-based immigration lawyer Simon Jeans said there’s “a lot of fudges” in the law and the immigration department would be taking its time to make sure any visa cancellation was “appeal-proof.”

“It’s not an easy task because if they cancel his visa and then Djokovic wins (an appeal) and he misses the opportunity to compete, he could make a claim against the department for the prize money and all his legal fees,” Jeans said.