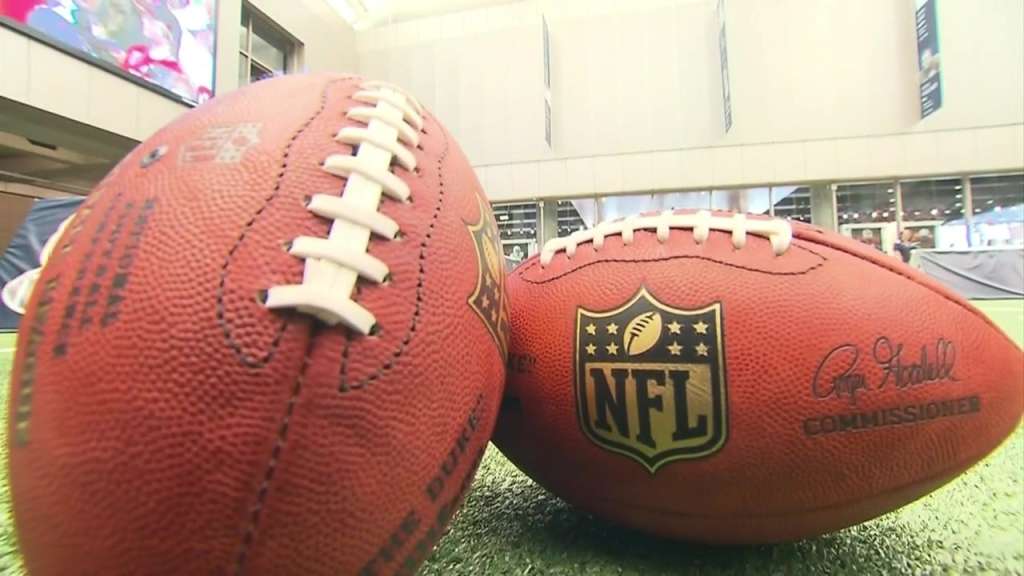 LAS VEGAS (AP) — Running backs and kickers — kickers? — were a focus in the fourth round of the NFL draft on Saturday.

Two punters and a placekicker went as the final day of selections began before any more quarterbacks were taken as most of the 32 NFL teams decided to pass on passers in what has been deemed a weak crop. So maybe it shouldn’t be surprising that LSU placekicker Cade York went to Cleveland at No. 124 overall, followed by Penn State punter Jordan Stout six spots later to Baltimore. At No. 133 to Tampa Bay it was punter Jake Camarda of Georgia — four spots before the fifth quarterback in total, Western Kentucky’s Bailey Zappe, headed to New England.

Of course, it can’t be ignored that the Patriots once had some luck with a late-round QB. What was his name?

“With the draft, it’s always a tossup, but I did have a good idea that I was going to be a Raven,” said Stout, who will compete with veteran Sam Koch. “I’m extremely excited about it.”

“One big thing for me is that I know special teams is always very successful with the Ravens.”

True. Justin Tucker has been the most accurate placekicker in NFL history, and Koch has been a mainstay in Baltimore since 2006.

Cleveland saw in York exactly what every team wants in a kicker with a game on the line: utter confidence.

“I believe that I am the best kicker in this draft because I have been able to make big kicks in big situations,” he said. “I have been put out for a lot of long field goals in tough situations, and I still brought out good results in it. I think that is what makes me the best.”

Many scouts considered Camarda the best punter in the nation. He was the 11th player selected from the national champs.

“I think it has certainly prepared me for the next level, playing at Georgia for four years, playing in every single biggest game you can possibly imagine,” Camarda noted. “The Bucs certainly are a team that’s looking to make a big run. I definitely think that’s something with my history, playing in those big games and big moments, I certainly think it’s going to help play being with the Bucs.”

The philosophy of taking running backs deeper into proceedings is nothing new, and several highly accomplished ball carriers were taken in Round 4. After Tampa Bay made tight end Cade Otton of Washington the leadoff pick — Rob Gronkowski has not publicly committed to return — Houston grabbed RB Dameon Pierce of Florida. From there, the likes of Zamir White of Georgia, Isaiah Spiller of Texas A&M, Pierre Strong, a standout from South Dakota State of the FCS and Hassan Haskins of Michigan went off the board.

Of the 38 fourth-rounders, including compensatory choices, 20 were on offense, 15 on defense, and the three special-teamers.

The fifth round, however, got started with Washington grabbing North Carolina QB Sam Howell, who was projected as a much higher selection just a year ago, but didn’t have an outstanding final season for the Tar Heels.

Howell called it “a little stressful” to sit through four rounds.

“I was just hanging out and just waiting for a call, and I’m so glad it was Washington that called,” Howell said. “This is a perfect spot for me. It’s a team I wanted to play for all along.”