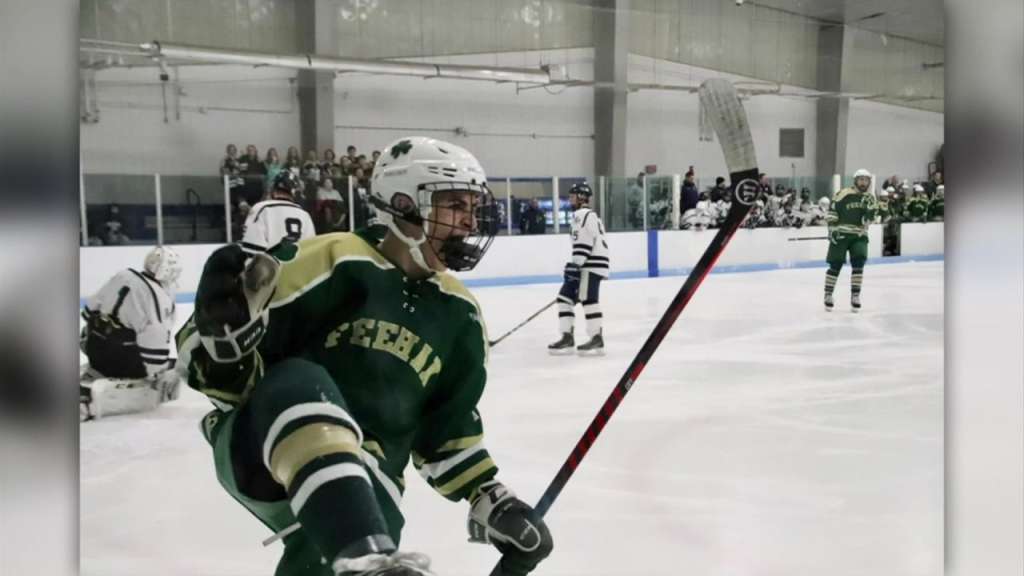 Chung wrote on Twitter that the 72-team golf tournament in honor of A.J. Quetta, a varsity hockey player at Bishop Feehan in Attleboro, will be hosted on May 17.

Those interested in donating auction items is asked to direct message Chung on the social media platform.

Quetta was taken off the ice on a stretcher after crashing headfirst into the boards in a game against Pope Francis in Springfield on Jan. 26.

He underwent surgery and received care at Massachusetts General Hospital before flying to Atlanta to continue his recovery at the Shepherd Rehabilitation Center.

Chung announced in March his retirement from football after 11 seasons in the NFL.

Any one that I haven’t been able to reach out to yet, I am hosting a 72 team golf tournament May 17 for AJ Quetta and his family as their life has drastically changed after his indecent. If you’re interested in donating an auction items please DM me. Thank you