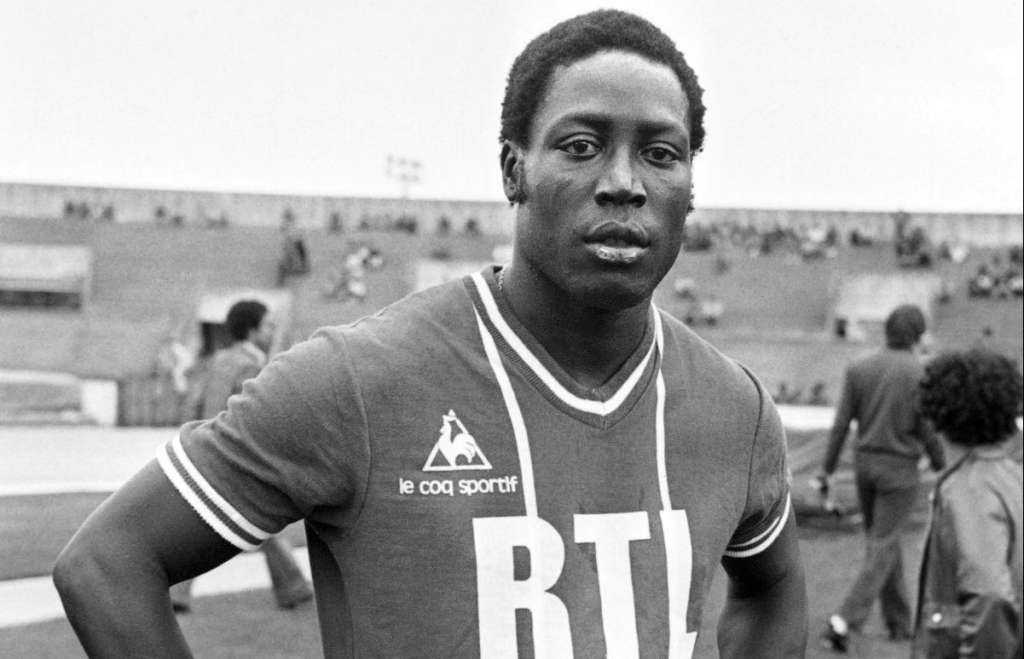 Jean-Pierre Adams fell into a long and deep coma on March 17, 1982, due to an error of anesthesia. He passed at the age of 73. Credit: AFP/Getty Images

(CNN) — Jean-Pierre Adams, an ex-footballer who fell into a coma in 1982 following a botched knee operation, has died at the age of 73, his former clubs Nimes Olympique, Paris Saint-Germain and Nice said.

Adams, an imposing central defender, started his career in Fontainebleu, where he helped the local side win its amateur championship, before moving to Nimes to sign for the city’s then first division side.

Within two years, not only had Nimes finished runners-up but Adams was playing for France — one of the first Black players to do so.

With the national team, Adams formed a central defensive partnership known as the “Garde Noire” — “Black Guard” — alongside Marius Trésor.

“We learned this morning of the passing of Jean-Pierre Adams,” Nimes wrote on Twitter. “He had worn the colors of Nimes Olympique 84 times and with Marius Trésor made up ‘the black guard’ of the French team.

“The club offers its most sincere condolences to his loved ones and his family.”

Adams, who was born in Senegal, went on to play for nine consecutive seasons in France’s top division, also representing Nice and Paris Saint-Germain while amassing 22 caps for the French national team.

“Nice was heartbroken to learn of the passing of Jean-Pierre Adams, who fell into a coma on March 17, 1982,” Nice wrote on Twitter.

“The former defender wore the colors of the Gym 145 times from 1973 to 1977. OGC Nice stands with the pain of his relatives who have looked after him for 39 years.”

Nice says a tribute will be paid to Adams at their home match against Monaco on September 19.

On Wednesday March 17, 1982, Adams went into hospital for a routine operation on a damaged tendon in his knee. When the date came around, the hospital staff were on strike.

“The female anesthetist was looking after eight patients, one after the other, like an assembly line,” his wife Bernadette, who cared for Adams at their home throughout his coma, told CNN back in 2016.

“Jean-Pierre was supervised by a trainee, who was repeating a year, who later admitted in court: ‘I was not up to the task I was entrusted with.’

“Given it was not a vital operation, that the hospital was on strike, they were missing doctors and this woman was looking after eight patients, in two different rooms, someone should have called me to say they were going to delay the operation.”

They never did — and between the anesthetist and trainee, numerous errors were made.

Adams was badly intubated, with one tube blocking the pathway to his lungs rather than ventilating them, meaning he was starved of oxygen whereupon he suffered a cardiac arrest.

“PSG has lost, this Monday 6 September, one of its glorious elders,” PSG wrote on Twitter.

“Defender of the Red and Blue and the French team, Jean-Pierre Adams wore the Parisian colors from 1977 to 1979. The Club offers its condolences to his family and loved ones.”