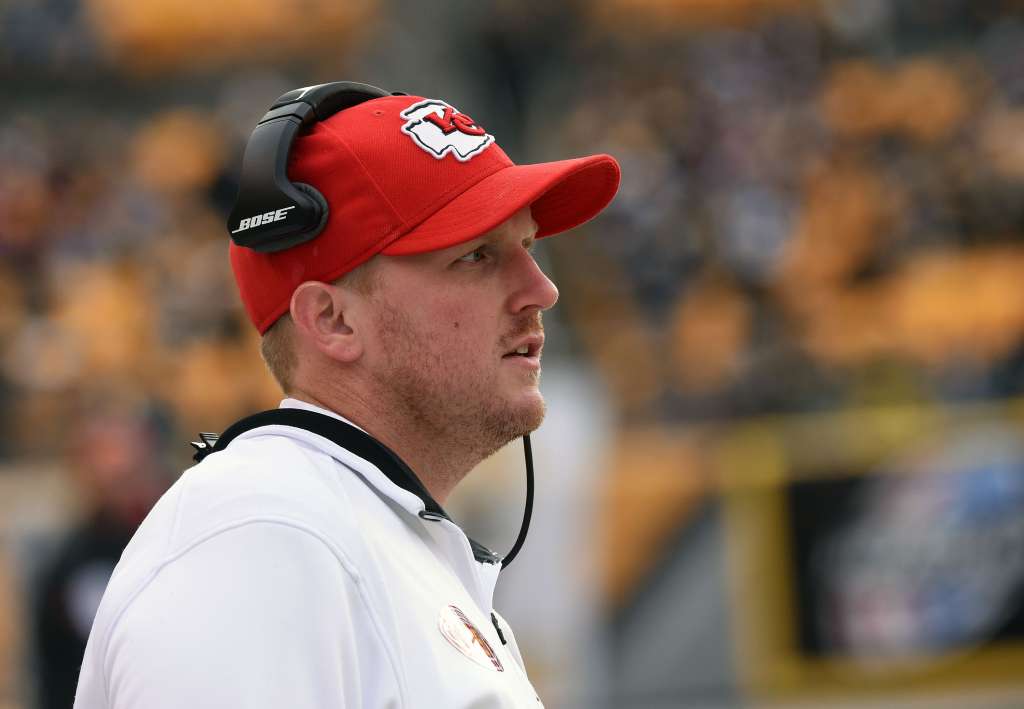 Former Kansas City Chiefs assistant coach Britt Reid pleaded not guilty to a driving while intoxicated charge, months after he was involved in a crash that left a 5-year-old girl with a critical brain injury. Credit: George Gojkovich/Getty Images

(CNN) — Former Kansas City Chiefs assistant coach Britt Reid pleaded not guilty to a driving while intoxicated charge Monday, months after he was involved in a crash that left a 5-year-old girl with a critical brain injury.

The girl, Ariel Young, suffered a severe traumatic brain injury, a parietal fracture, brain contusions, and subdural hematomas in the crash, according to medical records.

Reid was charged on April 12, according to the Jackson County Prosecutor’s Office in Missouri. He had been under a driving ban prior to the hearing as part of his bond conditions, which Jackson County Judge Jessica Agnelly said was applied in error. Agnelly said he should be allowed to drive a vehicle as he awaits trial, provided a device is installed that will measure his blood alcohol content.

The judge ordered Reid’s vehicle be outfitted with an ignition interlock device, a “breathalyzer for car ignitions that’s installed to prevent users from being able to start their vehicle after drinking alcohol,” according to the manufacturer’s website.

Reid’s attorney, J.R. Hobbs, did not object to the installation of the ignition interlock device during Monday’s hearing.

Tom Porto, the attorney representing Ariel Young’s family, said they were disappointed by the judge’s decision to lift the driving ban.

“We wish there had been an ignition interlock device installed in his car on February 4, 2021, so this event would have never happened,” Porto told CNN. “It’s too late now.”

The three-vehicle crash took place on the night of February 4 when Kansas City, Missouri, police said a Chevrolet Impala was disabled on the ramp of Interstate 435, and the driver called family members for assistance. His family members arrived and parked their Chevrolet Traverse south of the disabled car.

A Dodge Ram truck allegedly driven by Reid then struck both vehicles, sending two children — including the 5-year-old girl — to the hospital. Reid was driving his truck at nearly 84 mph less than two seconds before the crash, and a post-accident test showed his blood alcohol concentration to be at .113, according toJCPO in Missouri.

The Chiefs placed Reid on administrative leave following the crash. Reid was the team’s outside linebackers coach, and his contract expired following their loss in Super Bowl LV.