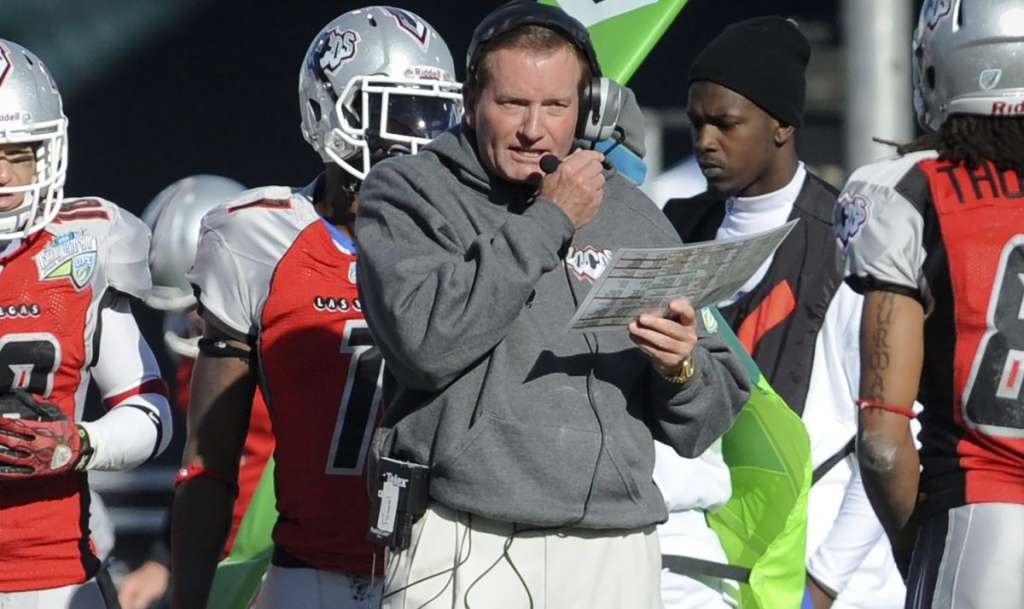 FILE - In this Nov. 27, 2010, file photo, then Las Vegas head coach Jim Fassel, center, looks on from the sideline during their United Football League title game against Florida in Omaha, Neb. Former New York Giants coach Jim Fassel has died. He was 71. Fassel was named NFL coach of the year in 1997 and led the team to the 2001 Super Bowl. Fassel’s son confirmed the death to the Los Angeles Times on Monday. (AP Photo/Dave Weaver, File)

Fassel’s son, John, confirmed the death to the Los Angeles Times on Monday.

According to the Los Angeles Times, Fassel was taken to a hospital in Las Vegas with chest pains and died of a heart attack.

Fassel played college football before a brief career in the NFL and Canadian football. He was also part of the coaching staffs at Denver, Oakland, Arizona and Baltimore, as well as head coach at the University of Utah.