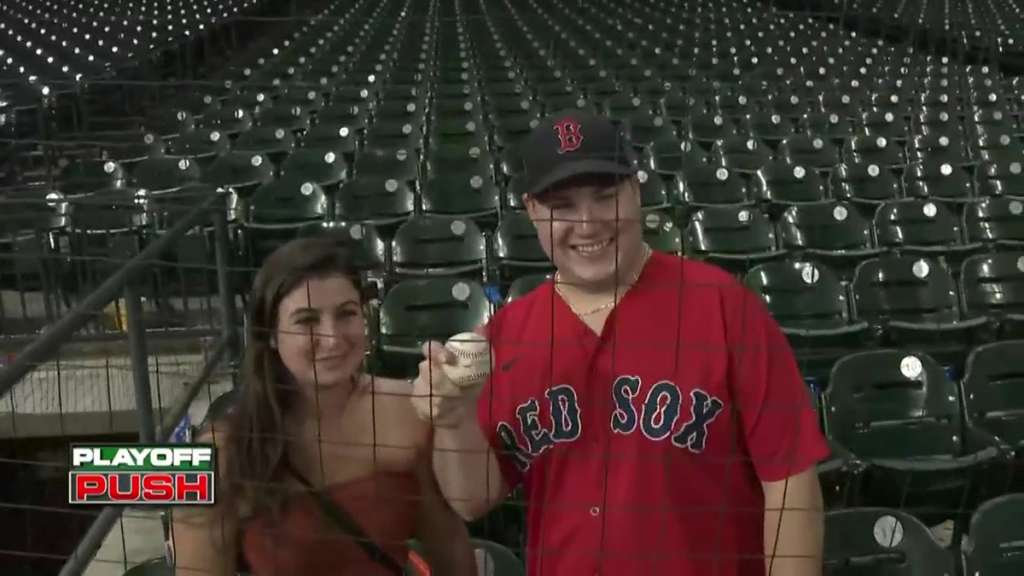 A Red Sox fan wound up with a historic home run ball after making a deal with an Astros booster on Saturday.

Before Game 2 of the ALCS began in Houston, Boston fan Sean said he struck a bargain with a fan sitting nearby.

And when J.D. Martinez blasted the first of two historic grand slams, the ball bounced off a third fan’s head and into the hands of the Houston fan — who promptly gave it to Sean.

Unlike most Sox fans, Sean is from Long Island, New York, and said it took a stroke of luck for the ball to end up in the hands of his friend.

According to ESPN, only five teams have hit two grand slams in the first two innings of a game.