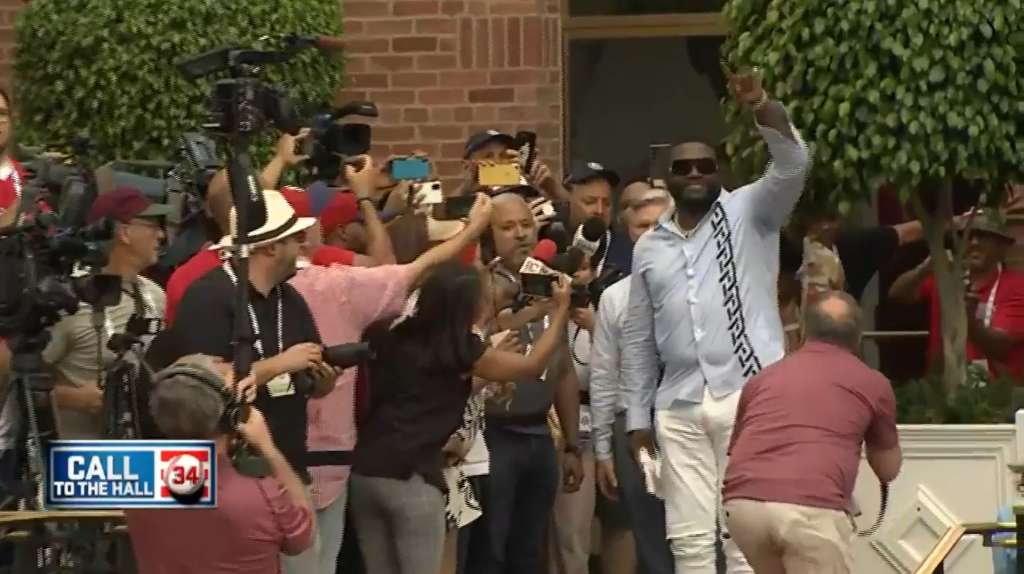 COOPERSTOWN, New York (WHDH) — Icons like Reggie Jackson and Johnny Bench were in attendance at the Hall of Fame Parade of Legends on Saturday, but it was the man soon to be the newest member of the Baseball Hall of Fame that received the most fanfare.

The Red Sox were playing over 200 miles away on Saturday, but Sox fans still made the streets of Cooperstown feel like a scene outside Fenway for David Ortiz’s Hall of Fame induction. Chants of “Papi! Papi! Papi!” erupted routinely and Ortiz’s iconic 34 was the jersey most in vogue at baseball’s storied weekend.

“We’ve watched him since we were little,” said Stephanie Hillner. “To see him get to where he should be has been awesome.”

Even before his Hall of Fame induction, Ortiz’ place in baseball’s annals was already secured. When Ortiz was a 27-year-old castoff from the Minnesota Twins in 2002, the Sox were in the midst of what would eventually become an 86-year title drought. Within one year of Ortiz’s arrival at Fenway, the Sox were back in the American League Championship Series. The year after that, the “lovable idiots” of the 2004 team became the first World Series winner in Boston since the Great Depression.

The slugger is also one of 28 players to hit more than 500 home runs, made 10 All-Star teams and took home World Series MVP honors in 2013.

“It’s so great to see him in. He broke the curse. Won three World Series.” said Jeremy Griffiths. “What more can you ask for? He’s a hero.”