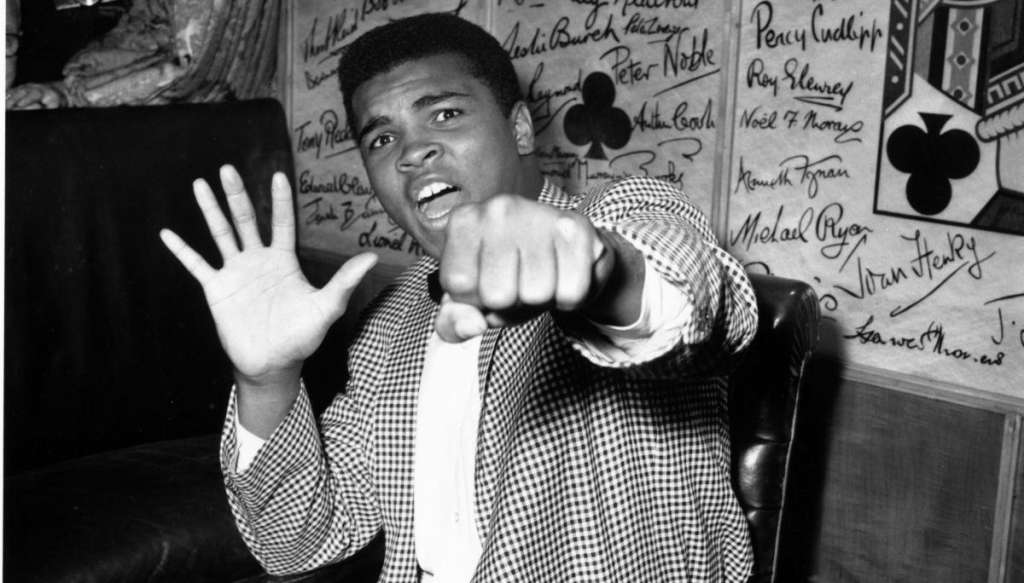 A collection of paintings and sketches by the late Muhammad Ali sold for a total of $945,524 at Bonhams auctioneers in New York on Tuesday. Credit: Kent Gavin/Hulton Archive/Getty Images

(CNN) — A collection of paintings and sketches by the late Muhammad Ali sold for a total of $945,524 at Bonhams auctioneers in New York on Tuesday.

It depicts a victorious Ali with his arms above his head while stood over a defeated opponent, with the referee fleeing from the ring.

“Ref, he did float like a butterfly and sting like a bee!” reads the speech bubble above the downed fighter’s head. “Yes, if you were smart you run like me,” the referee says in response.

The sketch and its language are a nod to perhaps Ali’s most famous quote — “float like a butterfly, sting like a bee, the hands can’t hit what the eyes can’t see” — made when he was a precocious 22-year old about to take on world heavyweight champion Sonny Liston.

The phrase was often repeated to describe his style in the ring, and became shorthand for the man who considered himself “The Greatest” before the rest of the world cottoned on.

“To many, it may come as news to you that Ali was an artist all his life,” Bonhams said.

“First nurtured by his father Cassius Clay Snr., a professional artist, Ali continued to paint and draw informally as he grew up, eventually enlisting in art lessons from sports artist LeRoy Neiman.

Another Ali work, a 1979 painting featuring the words “I Love You America” along with a red heart and the American flag, sold for $150,312.

A three-time heavyweight world champion and widely considered the greatest boxer of all time, Ali died in 2016 after a 32-year battle with Parkinson’s disease.