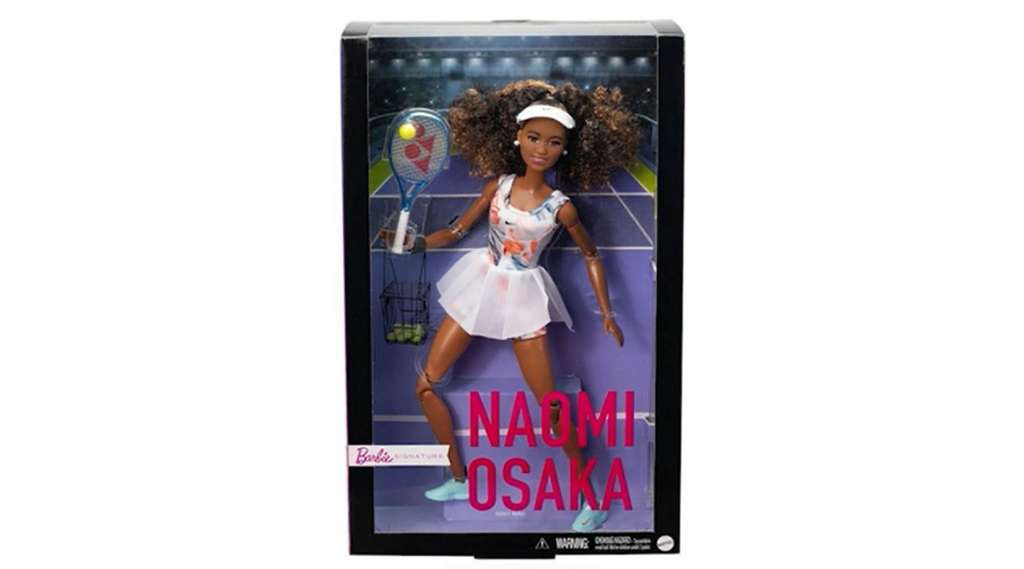 (CNN) — A new Barbie doll modeled on tennis star Naomi Osaka has sold out just hours after it was released on Monday.

The new doll is part of the Barbie Role Model series and holds a Yonex tennis racket, according to a press release from toy company Mattel.

It sports a Nike tennis dress and a white visor, and Osaka tweeted that she wore the outfit at the 2020 Australian Open.

“I hope every child is reminded that they can be and do anything,” Osaka added in her tweet.

The 23-year-old won her first grand slam title in 2018. The four-time grand slam winner is an outspoken figure on the professional tennis circuit and regularly addresses human rights, racial injustice and mental health during interviews.

Barbie commissioned designer Carlyle Nuera to make the doll, and he spoke of his admiration for Osaka.

“But what I personally admire the most about Naomi Osaka is how she uses her platform, the spotlight on her and her voice, to raise awareness about social justice.”

This is the second time Osaka has collaborated with Barbie, following her 2019 appearance as one of the brand’s Shero dolls.

Earlier this month, video streaming service Netflix released a trailer for its “Naomi Osaka” documentary series, which focuses on her life and her struggles with being catapulted into the public eye.

“Naomi Osaka,” personally narrated by the tennis player, looks back at her upbringing and how her 2018 US Open win turned her into an “overnight superstar.”

The Japanese world No. 2 revealed she had “suffered long bouts of depression” since winning her first grand slam title in 2018. The Netflix series will air on July 16.

Osaka will make her return to competitive tennis at the Olympic Games in Tokyo after withdrawing from the French Open, citing mental health reasons. She later announced she had also withdrawn from this year’s Wimbledon tournament.