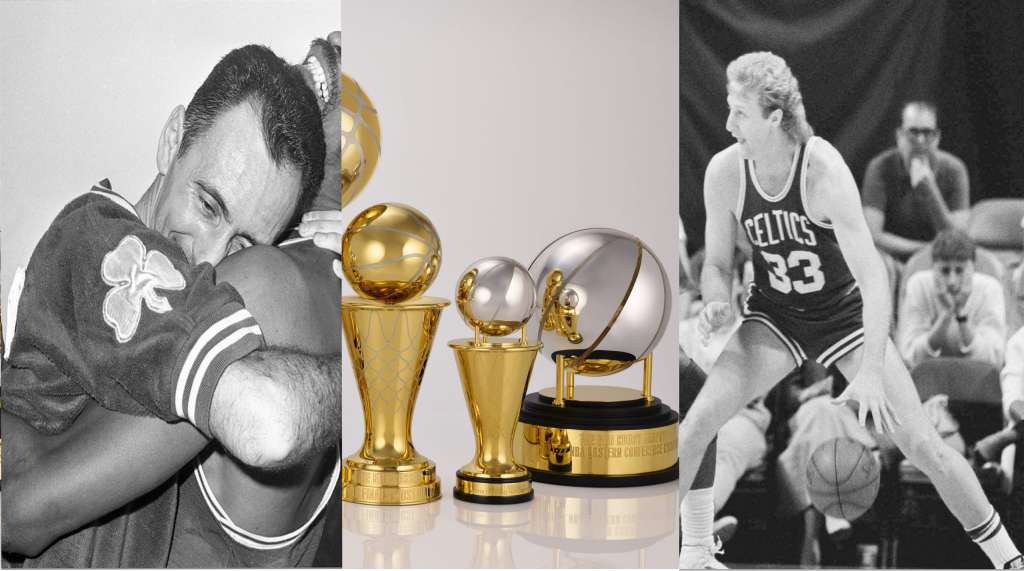 BOSTON (WHDH) - As part of the NBA’s “reimagined” line of postseason trophies, two Celtic legends will have their names adorn two pieces of the league’s illustrious hardware.

The NBA’s Eastern Conference Trophy will now be called the The Bob Cousy Trophy and, for the first time ever, the league will name an MVP of each conference finals series, with the MVP of the Eastern Conference Finals winning The Larry Bird Trophy.

Cousy, a six-time champion with Boston and a 13-time All-Star, was one of the first stars of the NBA’s infancy. The NBA also noted in a statement that the naming of The Bob Cousy Trophy is also due in-part of his role as the first president of the NBA Player’s Association.

“I have been part of the NBA family since 1950 and among the greatest joys of my post-playing career has been watching the game continue to evolve into what it is today,” said Cousy in a press release.  “There are few greater achievements in sports than representing your conference in the NBA Finals, and I’m moved that the NBA has granted me the honor of being connected to the Eastern Conference champions for years to come.”

A five-time Eastern Conference champion, it is just as fitting that Bird’s name will forever be linked to the player most crucial in securing a Finals berth. Bird’s cerebral play, alongside his rivalry with Magic Johnson, helped reignite national interest in the NBA in the 1980s.

This will not be the first time the NBA has chosen a Celtic to rename a trophy. The Bill Russell Finals MVP Trophy has been given out to the most valuable player of the NBA Finals since the league renamed it in honor of the 11-time champion in 2009.