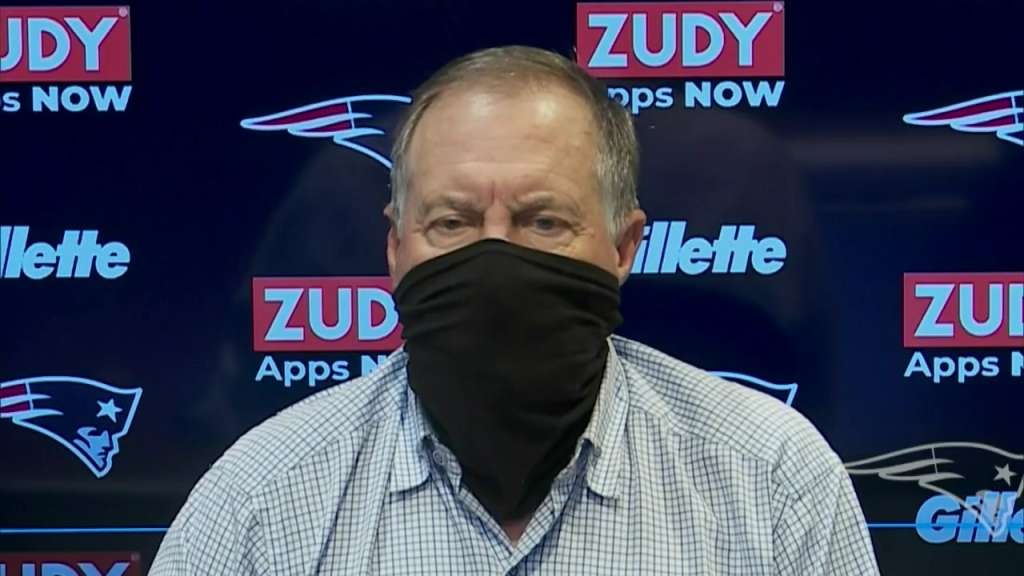 There can be no more detours for the New England Patriots if they hope to remain on a path to the playoffs.

The 11-time defending AFC East champions fell to 4-6 with a 27-20 loss to the Houston Texans on Sunday, leaving them on the verge of missing the postseason for the first time since 2008. That was the last time they played without Tom Brady at quarterback.

“We’ve got to find a way to turn it around,” running back James White said after New England, which started out 2-5, snapped a two-game winning streak that — temporarily, at least —revived their playoff hopes.

Winners of six Super Bowls and nine AFC titles since 2001, the Patriots are trying to keep their dynasty alive now that Brady has decamped to Tampa Bay. It would be just the third time in coach Bill Belichick’s 20 seasons in New England that they have missed the playoffs.

If the Patriots are going to make one last run, they’ll have to do it without running back Rex Burkhead, who was carted off the field in the third quarter after a knee-to-helmet collision with Texans (3-7) cornerback Bradley Roby.

The rest of the Patriots kneeled down while Burkhead remained down on the field, in obvious pain. After stopping by the blue sideline medical tent, he left the field and did not return to the game.

Belichick confirmed it was a knee injury and said he would have to wait for confirmation from the medical staff.

“Whenever somebody’s not moving too much, it’s kind of scary,” White said. “Hopefully he’ll come back better than ever. He’s been making huge plays for us — offense special teams — ever since he’s been here. It’s tough to see.”

Burkhead, who scored the game-winning touchdown in the 2019 AFC championship game against Kansas City, is a versatile back having one of the best years of his career, with a combined 466 yards and six touchdowns rushing and receiving.

Tackle Isaiah Wynn also left Sunday’s game after a couple of players landed on the back of his leg late in the game.

But the biggest loss was Brady, who has the Buccaneers at 7-3 heading into Monday night’s game against the Los Angeles Rams. Cam Newton threw for 365 yards and a touchdown on Sunday, but on the Patriots’ last real chance he flipped the ball away to avoid a sack on a fourth-and-4 from the Houston 25 with 78 seconds to play.

“I tried to make the most of it, but at the same time that’s a good defense,” Newton said. “That team is not an indication of what their record says.”

With six games to go, the Patriots have already lost as many games as they have in any entire season since 2002, matching their 2005 and ’09 total. Coming up next: the Arizona Cardinals, followed by the Chargers and Rams. And then three straight AFC East opponents to finish the season.

“It’s disappointing, but we’ll turn the page here and move on,” Belichick said. “(I) still have a lot of confidence and belief in the team. If we just do things a little bit better, then the results will be different and better. But, I don’t know, we just couldn’t do it today.”