Patriots will not name Offensive, Defensive Coordinators for 2022 Season 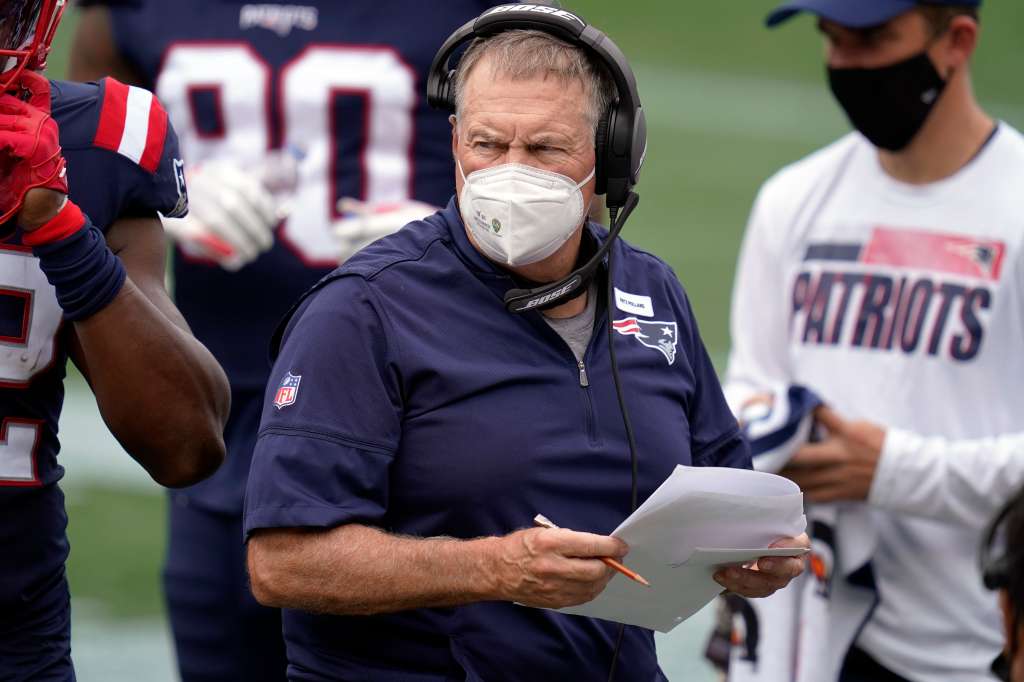 New England Patriots head coach Bill Belichick works along the sideline in the first half of an NFL football game against the Las Vegas Raiders, Sunday, Sept. 27, 2020, in Foxborough, Mass. (AP Photo/Charles Krupa)

FOXBORO, MASS. (WHDH) - The Patriots’ offensive coordinator position was vacated for the first time since 2012 after longtime assistant Josh McDaniels departed to coach the Las Vegas Raiders earlier this spring. Now it appears clear that seat will go unfilled for at least another season after the Patriots’ released their official coaching list Thursday.

While one Foxboro mainstay left this offseason, two returned and both will likely factor in heavily with the Patriots’ offensive scheme, even if it they do so without the official title of offensive coordinator.

Joe Judge returned to New England this summer after a two-year stint as the head coach of the New York Giants. Judge had previously spent seven years on the Patriots sideline as a special teams coach but will have a significant hand in the offense this upcoming season. After time spent in minicamp working with quarterbacks and skill position players, the Patriots announced that Judge will serve as the Patriots’ offensive assistant and Quarterbacks coach.

Matt Patricia’s bags should already be unpacked after spending last season in Foxboro as a senior football advisor but the former Detroit Lions coach is slated to take on a larger share of offensive responsibility after being named an offensive line coach. Patricia was the defensive coordinator for two of the last three Patriots championship seasons and previously worked in the offensive trenches as an offensive assistant with the team back in the mid-2000’s.

After Ivan Fears’ retirement put a capstone on the career of the only Patriots assistant to predate Bill Belichick in New England, Vinnie Sunseri is set to take the mantle of Running Backs coach. Sunseri previously served as Fears’ assistant last year.

While there was nowhere near a similar amount of upheaval on the defensive side of the ball, the Patriots will still elect to not name a defensive coordinator for the fourth straight season. Instead, linebackers coaches Steve Belichick and Jerod Mayo will lead the defensive unit by diarchy. Steve Belichick handled playcalling duties last year and could potentially seeing expanded duties this fall after his outside linebackers coach titled was trimmed to just linebackers as a whole. Jerod Mayo is back in the same role as last season despite receiving head coaching interest this offseason.