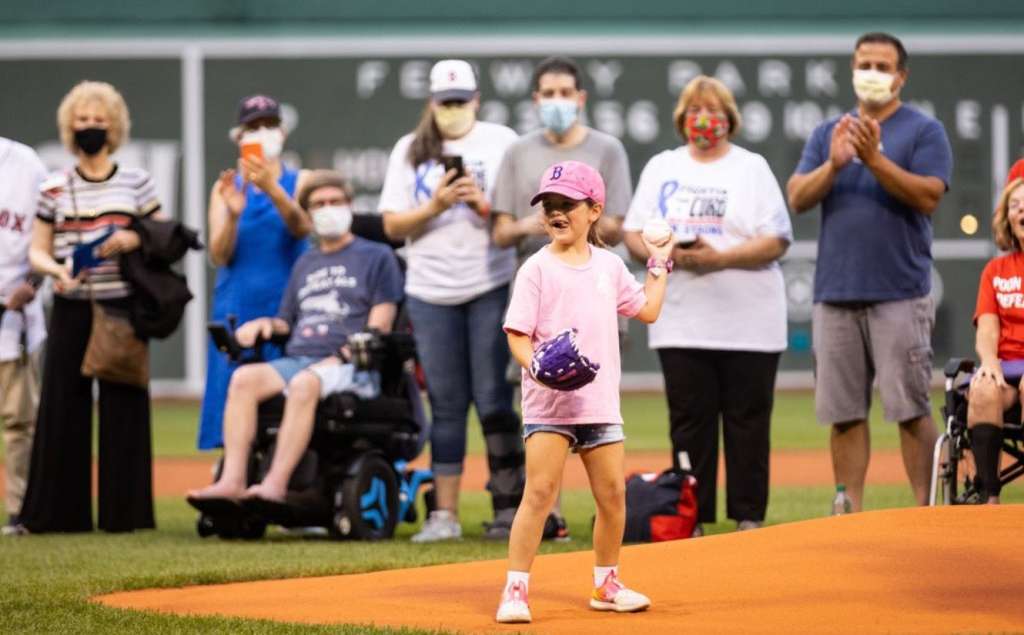 BOSTON (WHDH) - A special ceremony at Fenway Park honored the work of Pete Frates and his family on Tuesday night.

Lucey was joined on the mound by her grandmother, Nancy, who traveled the world raising awareness and funds in the fight against Lou Gehrig’s disease.

“It was very important to him that Major League Baseball really wrap its arms around the disease named after one of its greatest icons,” Nancy Frates said.

Frates was included in ceremonies last week for helping launch the Ice Bucket Challenge, raising millions of dollars to fight ALS around the world.

Gov. Charlie Baker, who named the first week in August Ice Bucket Challenge Week, was on hand for Tuesday’s game to hand Lucey the ball.

The 7-year-old provided perhaps the best highlight of the night with a pitch straight down the line.

“If Pete can’t be here, having Lucey here really helped a lot,” Nancy Frates said. “Man, did she throw a great pitch.”

The Red Sox say they plan to raise money for ALS by selling limited-edition hats that honor Pete Frates, with proceeds going to an ALS rehab facility in Chelsea.