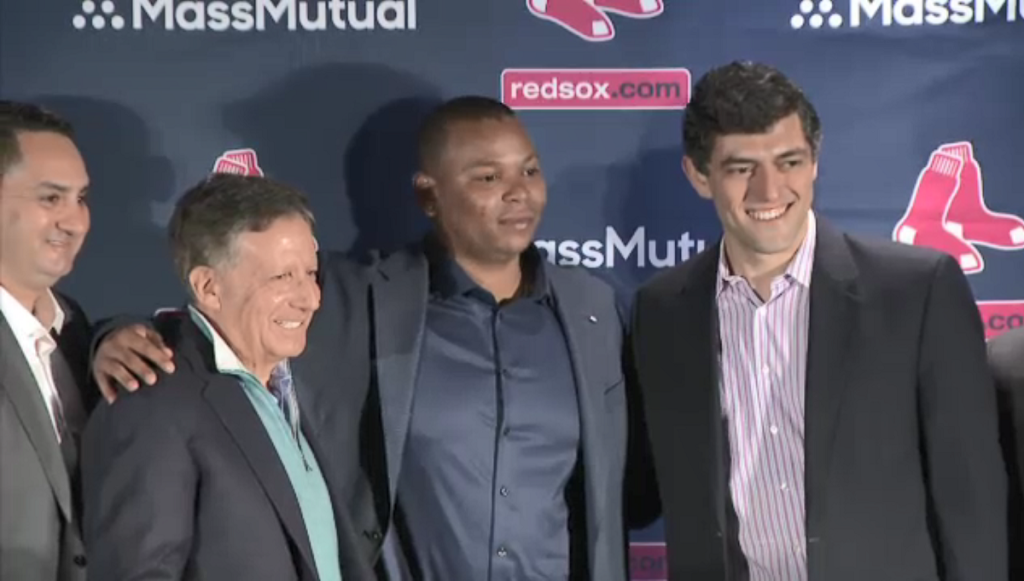 The announcement followed news last week that the team was hashing out what EPSN reported to be a $331 million, eleven-year deal with Devers.

The Red Sox organization did not include a final figure in their announcement, instead detailing Devers’s history with the team and career milestones reached by the infielder.

A two-time All-Star and Silver Slugger Award winner, his future with the team after 2022 was an open question for a time, with re-signing him and Xander Bogaerts being priorities, according to Chief Baseball Officer Chaim Bloom.

Bogaerts went on to depart the team for San Diego while several other high profile players left as well, including , J.D. Martinez and Nathan Eovaldi.

The Red Sox added players such as former Dodgers infielder Justin Turner and Cy Young award-winner Corey Kluber while continuing to negotiate with Devers, reaching a one-year, $17.5 million dollar deal to avoid arbitration at one point.

First signed by the organization at age 16 in 2013, Devers has been a mainstay in the Red Sox lineup since 2017. A slugger since the start, Devers currently holds the team’s record for most extra-base hits at the age of 25 or younger (333), while his 139 home runs rank second behind only Tony Conigliaro’s 160.