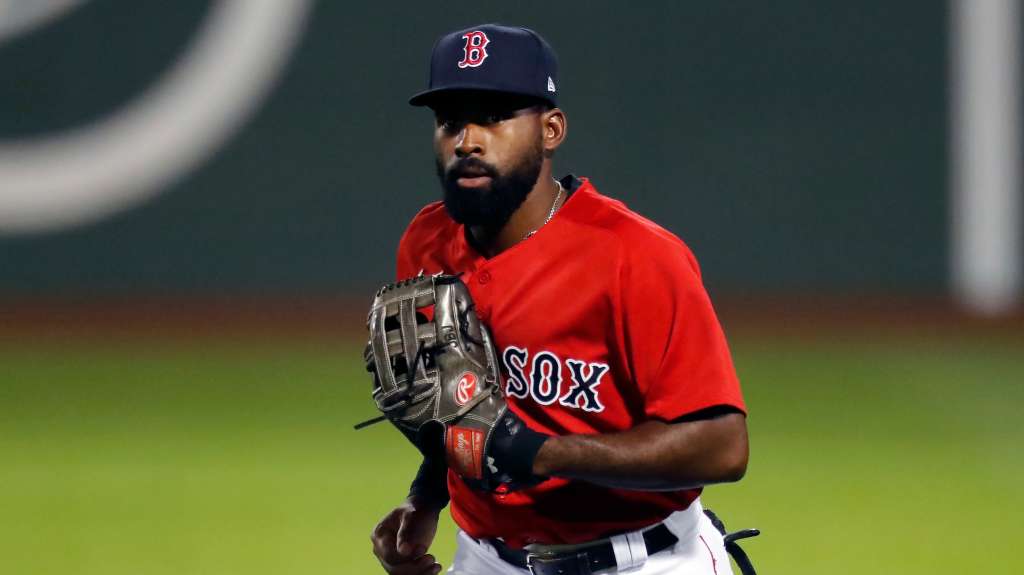 BOSTON (WHDH) - After a busy trade deadline when Boston added Tommy Pham to their outfield, it was clear there was going to be an odd man out. After releasing veteran outfielder Jackie Bradley Jr. on Thursday, it appears the Red Sox have made their decision.

Bradley spent nine years with the Red Sox and collected two World Series rings during his time in Boston. As a rookie in 2013, the ranging fielder contributed in spot appearances for a ballclub that would eventually defeat the St Louis Cardinals for their third championship in 10 years. Bradley then spent the majority of the next decade patrolling center field, making catches that would become commonplace on Sportscenter’s Top 10 lists. Bradley started in left field for the American League during the 2016 MLB All-Star Game and captured Gold Glove honors in 2018.

Bradley’s shining moment came during the 2018 ALCS. Although never known for his bat work, Bradley’s two home runs, nine RBIs and 1.067 OPS was enough to garner ALCS MVP honors during the Sox’s 5-game series victory over the Houston Astros. The Sox eventually defeated the Los Angeles Dodgers in the 2018 World Series.

To accommodate the acquisition of Pham, Boston shifted left-fielder Alex Verdugo to right field while Jarren Duran maintained his spot in center field. After a 6-1 loss to Houston on Wednesday snapped a three-game win streak, Boston’s new look outfield will look to get Boston back in the win column during a four-game weekend series against the Kansas City Royals. New first basemen Eric Hosmer is expected to join the club in Kansas City.