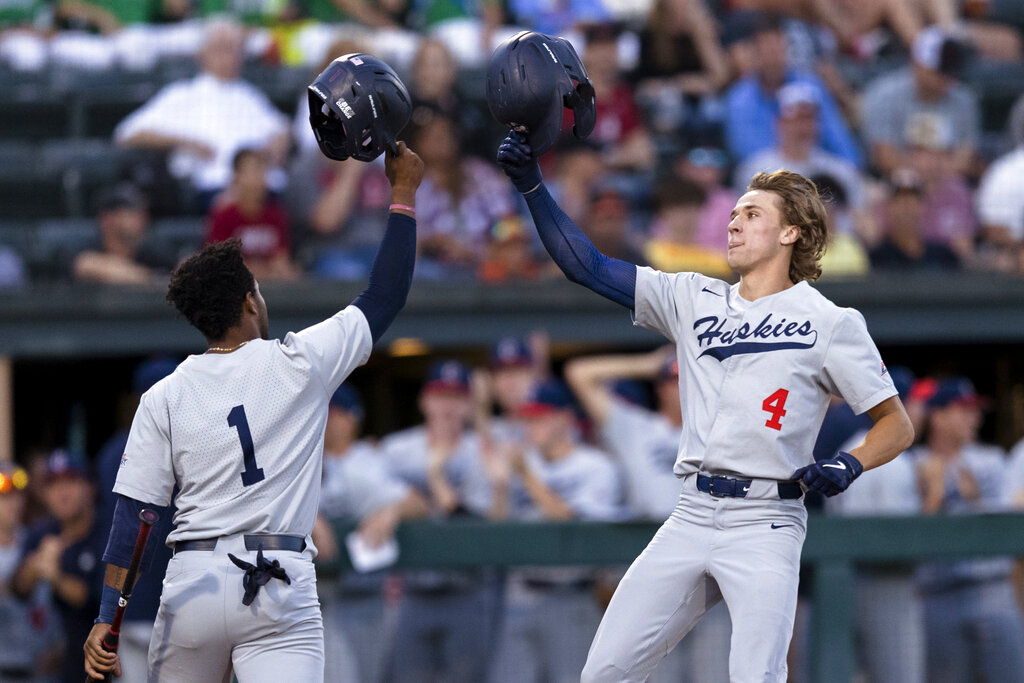 STANFORD, Calif. (AP) — Casey Dana and Matt Donlan each drove in three runs and UConn held off a late Stanford rally to beat the Cardinal 13-12 Saturday night in Game 1 of the best-of-three Stanford Super Regional.

Un-seeded UConn (50-14) can clinch a berth in the College World Series with a win in Sunday’s Game 2.

Korey Morton led off the top of the second with a double and scored when T.C. Simmons drove the next pitch to right for a double. Donlan hit a two-run home run, Dana had a two-run double and scored two batters later on a double by Bryan Padilla before Morton hit a towering two-run shot to left that gave the Huskies a 9-0 lead.

Brock Jones and Matt Barrera each hit a solo home run in the bottom of the seventh to but No. 2 Stanford’s deficit to 13-6 and the Cardinal (45-16) hit four homers in the bottom of the ninth before Justin Willis struck out Adam Crampton — with the tying run on first — to end the game. Jones and Braden Montgomery hit two-run shots before back-to-back two-out homers by Drew Bowser and Tommy Troy made it 13-12.

Dana reached on a fielding error and Ben Huber followed immediately with a two-out RBI double to make it 1-0 and UConn led the rest of the way.

Pat Gallagher (11-3) gave up five runs on nine hits with a walk and eight strikeouts over 6 1/3 innings for the win.