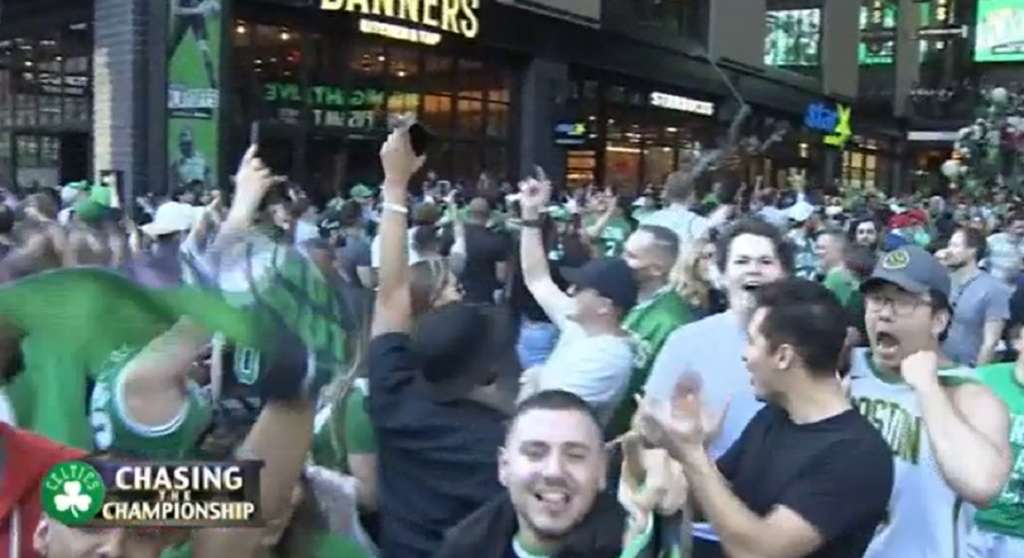 BOSTON (WHDH) - Thursday night’s Game 3 rubber match between the Celtics and Warriors was the first time in 12 years that the NBA Finals returned to Boston, and fans were ready to revel in the occasion.

TD Garden was raucous as fans showered the Celtics and Warriors with respective cheers and jeers all night. However, according to some members of the Warriors, some of the chants crossed a line.

After a loose ball in the 4th quarter resulted in Draymond Green’s sixth foul and ended his night prematurely, the Boston faithful let the forward hear their “appreciation”, peppering the former with Defensive Player of the Year with a chant featuring an F-bomb.

While guard Klay Thompson said the Warriors were not affected by the chants, he also voiced his displeasure with the actions of the crowd.

Hazel Renee, Draymond’s Green wife, was also in attendance and took to Instagram to criticize the crowd after the game.

“Tough loss tonight BUT in NO WAY, shape or form should fans be allowed to chant obscenities at players,” Renee’s Instagram story read. “My kids were at the game tonight hearing that mess! Very DISGUSTING of you little Celtics fans. Just shameful!”

The Celtics and Warriors will meet again when the two teams tip-off Game 4 Friday night.