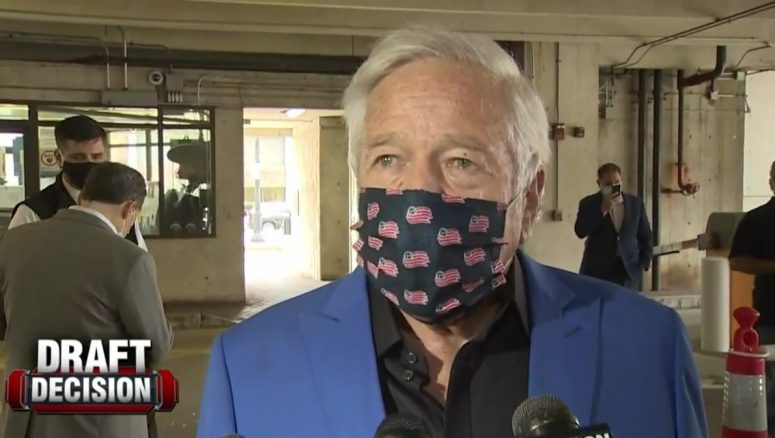 BROCKTON, MASS. (WHDH) - New England Patriots owner Robert Kraft says he’s excited about the future with recently drafted quarterback Mac Jones but that he’s waiting to see how everything plays out this season.

“Whenever the draft happens, it’s good,” he told reporters at a charity event in Brockton on Friday. “We are excited but time will tell.”

The Patriots picked up the former University of Alabama quarterback with their number 15 pick during round one of the National Football League draft.

“There were a lot of rumors he was supposed to go number three,” Kraft said. “We feel very fortunate he came to us and we are excited.”

“We have a good quarterback in Cam Newton, so we will see what happens. he and Jared and the three of them. We will try to make all of them better.”

Who do you want to be the Week 1 starting quarterback for the New England Patriots?