‘You have to be able to make fun of yourself’: Sox first baseman Schwarber pokes fun at poor throw 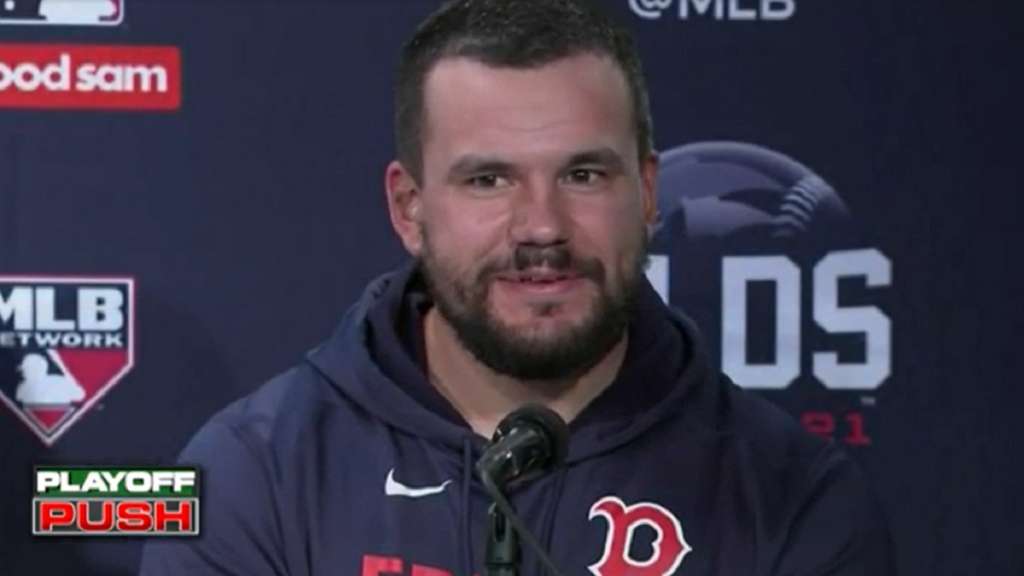 BOSTON (WHDH) - Red Sox first baseman Kyle Schwarber is in Boston for his bat, not his glove, but he managed to redeem himself a wild throw in Sunday’s game against the Tampa Bay Rays.

Fielding a soft grounder early in the game, Schwarber then launched the ball well over pitcher Nathan Eovaldi’s head as he covered the bag. But when faced with the same play a short time later, Schwarber made the toss and jokingly celebrated with a fist pump that got a big reaction from his teammates and the crowd.

“It got a laugh out of almost everyone, you have to be able to make fun of yourself every once in a while … loosen up a bit,” Schwarber said after the extra-innings victory.

Manager Alex Cora said he tries to take a looser approach with the team, instead of being a strict taskmaster.

“Although we take it seriously, we also have fun with it,” Cora said. “We’ve been having fun for a long, long time.”