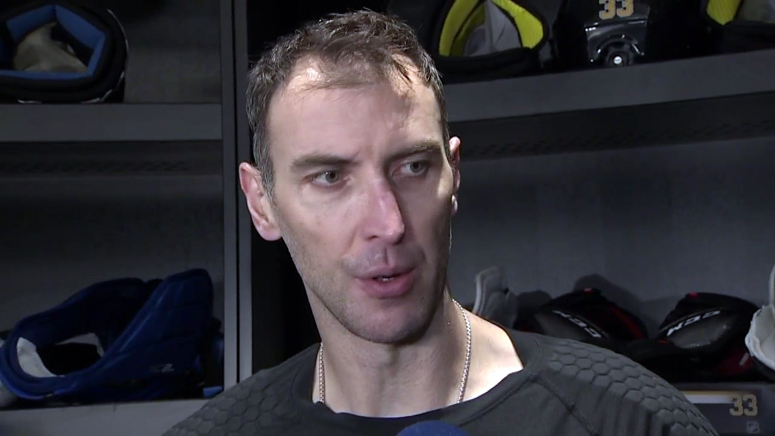 BOSTON (WHDH) - Zdeno Chara is hanging up his skates.

“Big Zee,” who wore jersey number 33 for the B’s, said on Instagram that he played “25 seasons of professional hockey, 1,689 NHL regular season games, 200 Stanley Cup Playoff games, and hundreds of international games” in his career. Chara, a longtime Bruins captain, led the team to the Stanley Cup championship in 2011. This was the first Stanley Cup win since 1972.

Although Chara, 45, played with the Ottawa Senators, New York Islanders and Washington Capitals, he wanted to finish his 24-year career with the Bruins.

He said he made this decision to “return to TD Garden” and “officially finish my career with the team that has meant so much to me and my family.”

When he officially signed the one-day contract, he thanked Boston fans for their support, passion and love. He said of all the things he’d miss about leaving the game, he might miss the fans the most.

“We are very fortunate to have you behind us, and we will always cherish the memories from the Stanley Cup parade and the entire city celebration, so thank you very much,” he said.

According to the Bruins, Chara led the B’s to a postseason berth in 11 of 14 seasons he played with the team. He ranks sixth in franchise history for games played and third in points by a defenseman, only topped by Ray Borque and Bobby Orr.

Chara, who stood at 6 feet 9 inches tall, also participated in charity events including the Bruins pie delivery, where he delivered pies to local shelters to donate pies for Thanksgiving.

“Zdeno, your arrival in Boston kickstarted an era to remember. Your unparalleled leadership, commitment, and character shaped a culture that will carry on,” the Bruins tweeted. “Thank you for everything you have done for our team, our organization, our city, and our game.”

“Everyone looked up to him because he’s been there for so long, he’s such a powerful, supportive force, I can’t even describe him,” said Sarah Moore, a Bruins fan who camped out outside Chara’s press conference Tuesday with a sign, hoping to catch a glimpse of him. “He’s such a wonderful leader, he brought so much leadership and wonder to the game, I’m really gonna miss him.”

“What he did for the City of Boston meant more than anything,” another fan said.