Coming off of a hot Sunday, today will be no different. We’re onto day 2 of our second heat wave of the year. The first coming just a few days ago, July 19-21. On average, Boston averages 1 or 2 heat waves per year, so having a second one is far from remarkable… it is summer after all! Last year we had 2 heat waves with the most in a summer coming in 1949 with 5 of them! 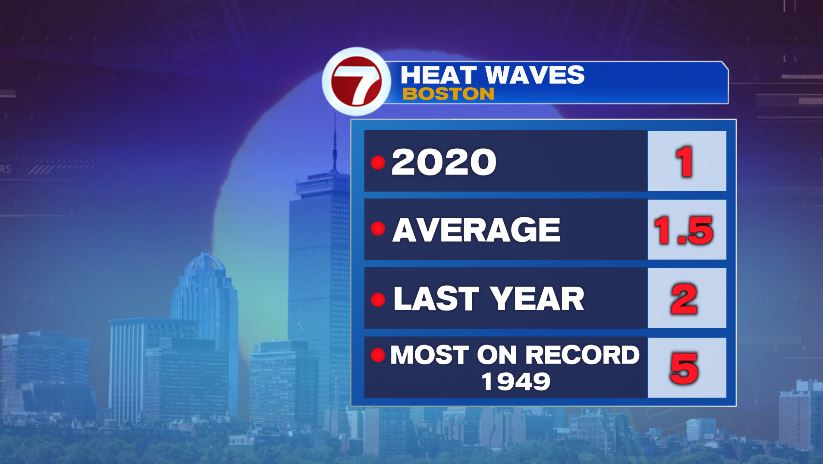 That first heat wave produced Boston’s hottest day of 2020 when we hit 95° on July 19th. That number was good enough to stand for about a week, but will fall today as we head to the upper 90s and the hottest day of the year so far. 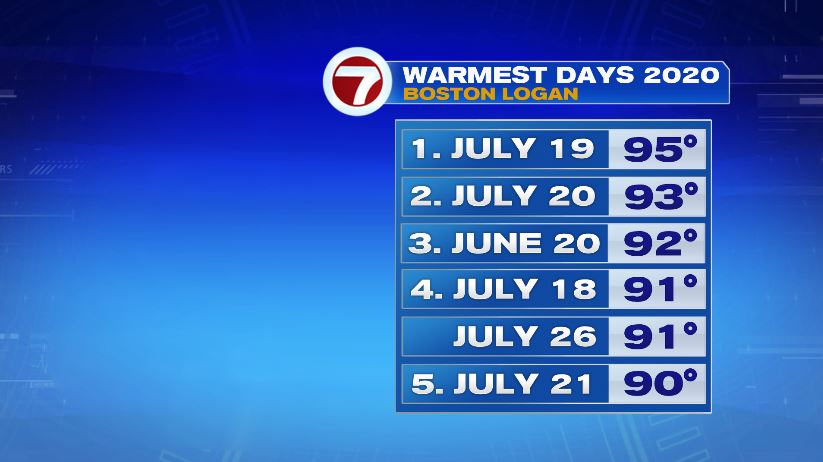 The heat in place today and tomorrow is more than just uncomfortable. It can be dangerous. So a heat advisory has been issued as feels like temperatures could reach the triple digits! But note the time here, it’s for both today AND tomorrow. Tuesday will head back to the 90s, but it will also be a lot more humid! Factor the 2 together and feels like temperatures will again eclipse 100 in some towns Tuesday afternoon. 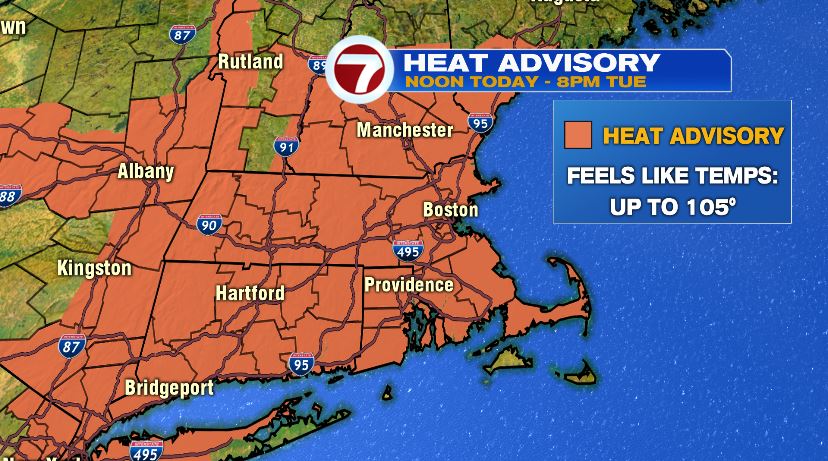 Actual air temperatures will be warmer today than Tuesday but with higher humidity Tuesday will likely make Tuesday feel worse. 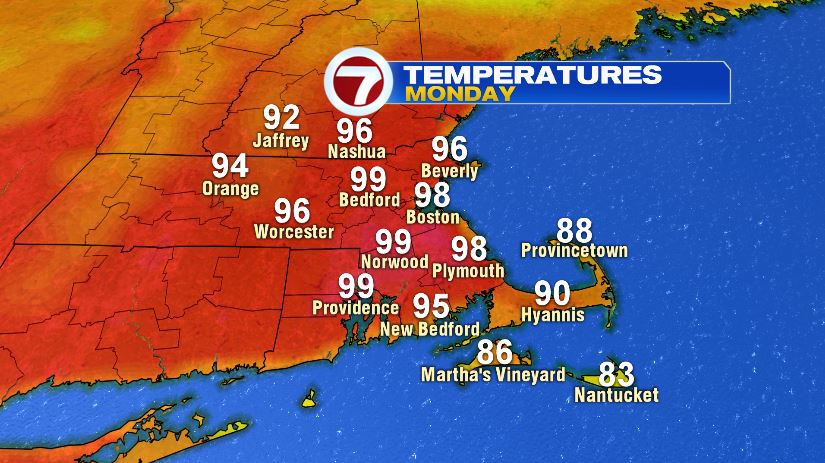 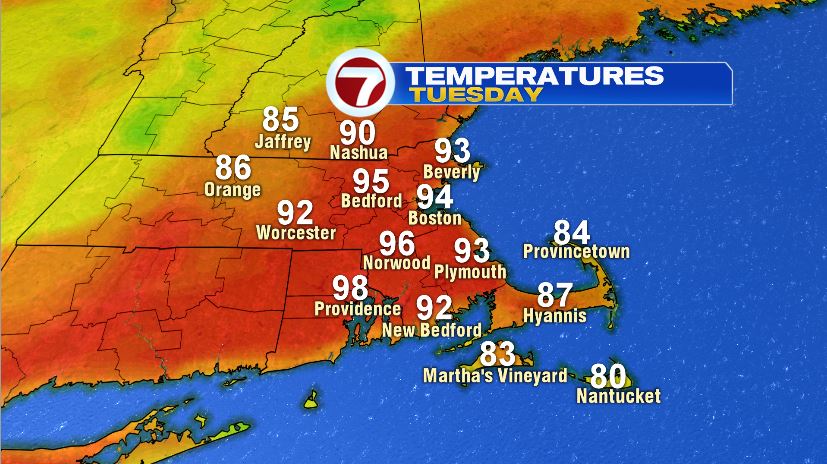 Our 90 degree tally stands at 6 in Boston thanks to the sea breeze but notice once you get away from the water, there’s been quite a few more 90 degree readings this year. 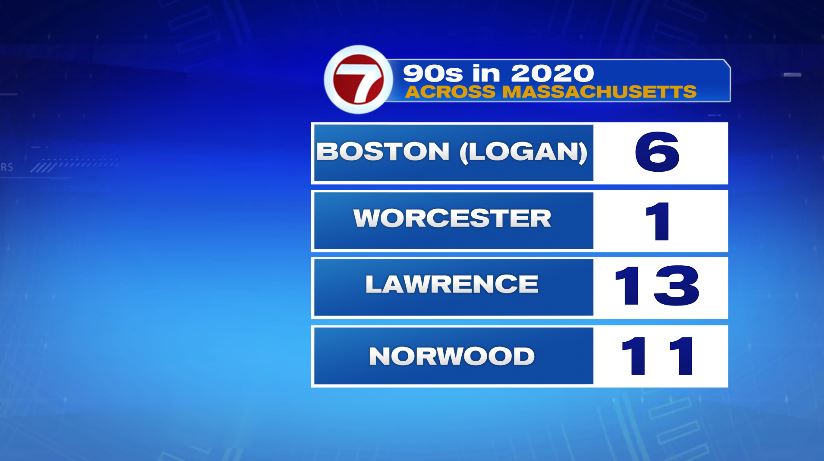 If you’re heading to the beach today, the weather will be great! Just hot. Beach temperatures will still hit the 90s with the UV index to 11! So don’t forget the sunglasses and sunscreen. Sunburn occurs in just 10 minutes! High tide holds off until about 5:30 tonight so there will be lots of space to socially distance yourself between other beach goers. Rip current risk stays low across most of our beaches today as well. 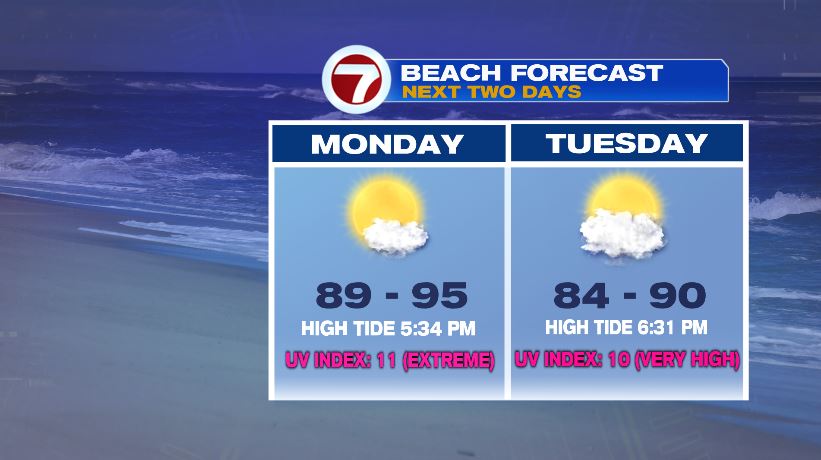 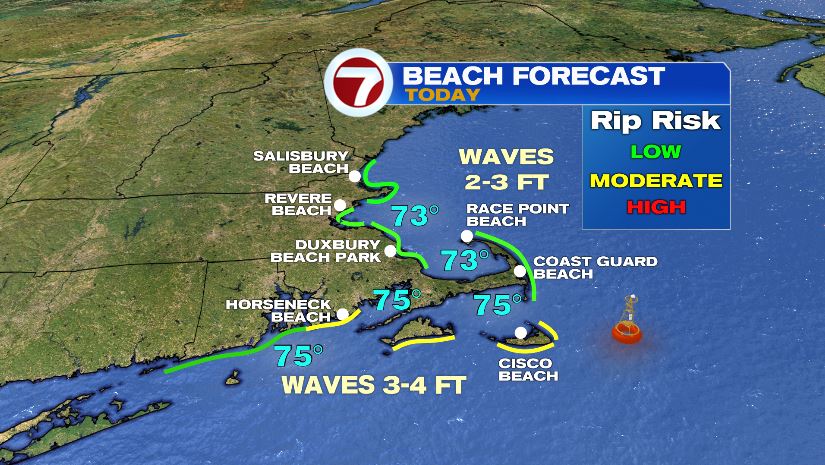