A grocery clerk with cerebral palsy died of coronavirus. She had kept working to help seniors

Where are the coronavirus cases in Mass.?

Many folks woke up this morning to a heavy frost as temperatures dipped into the low to mid 30s for a lot of Southern New England. Sure, we haven’t seen much frost in the past couple of weeks, but it’s typical to still get it this time of year. Away from the coast, we don’t average the last frost until after the first of second week of May. 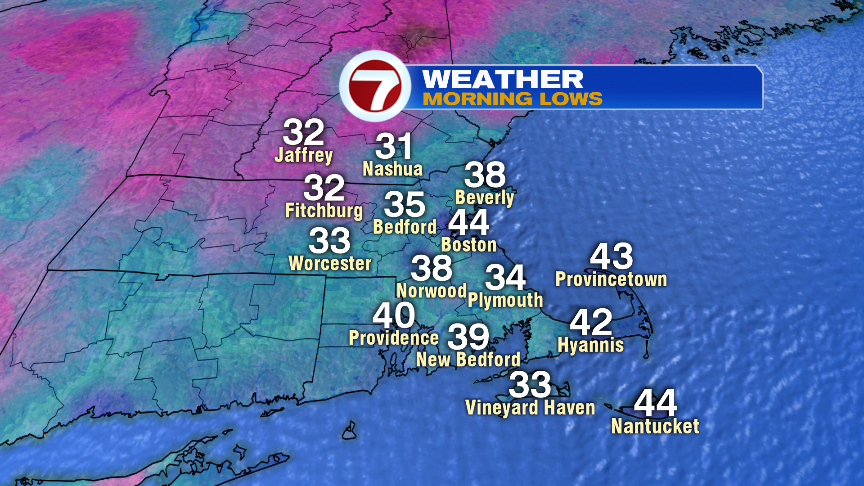 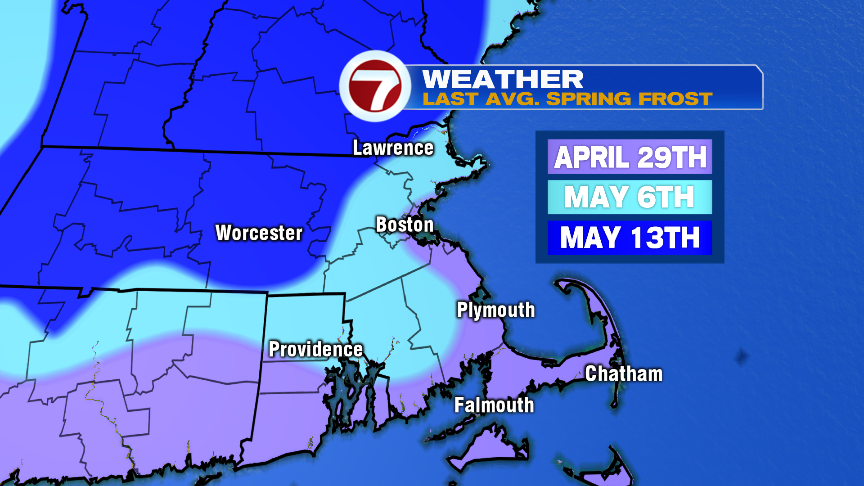 With sun-fill skies this morning, temperatures rebound quite nicely, to near 60 this afternoon. Some mid to high level clouds work on in this afternoon, foreshadowing more rain to come. Surprising, right? 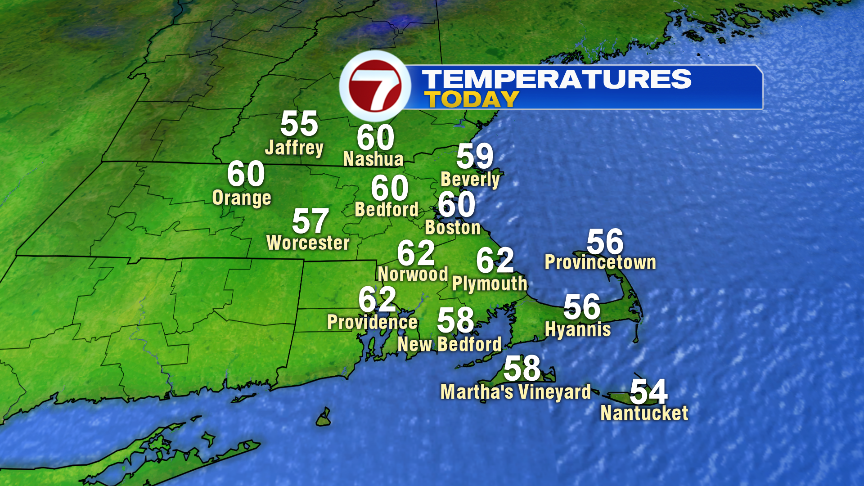 Showers move in after midnight tonight and continue through the morning commute. Rain won’t be all that heavy, a tenth to a quarter inch, but it’ll be enough to place a damp and raw feel to the air for tomorrow morning’s commute. Some breaks of sun are possible late in the day as the afternoon does dry out, but overall, it’ll be a cool day. 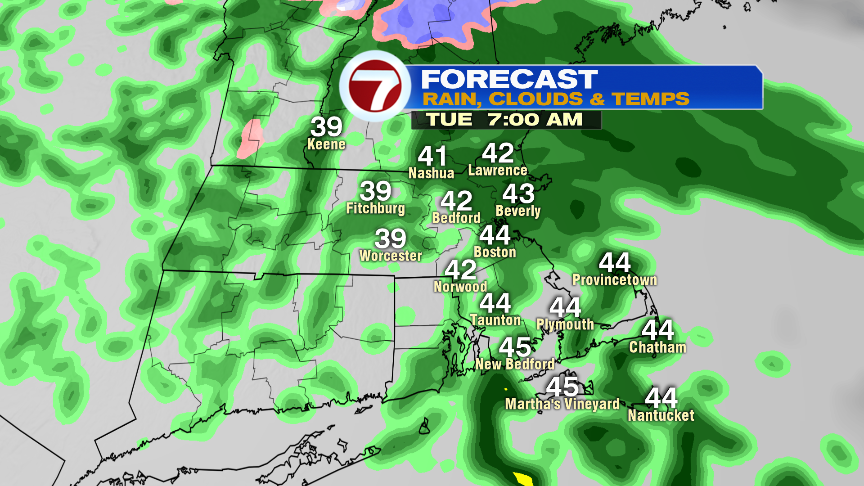 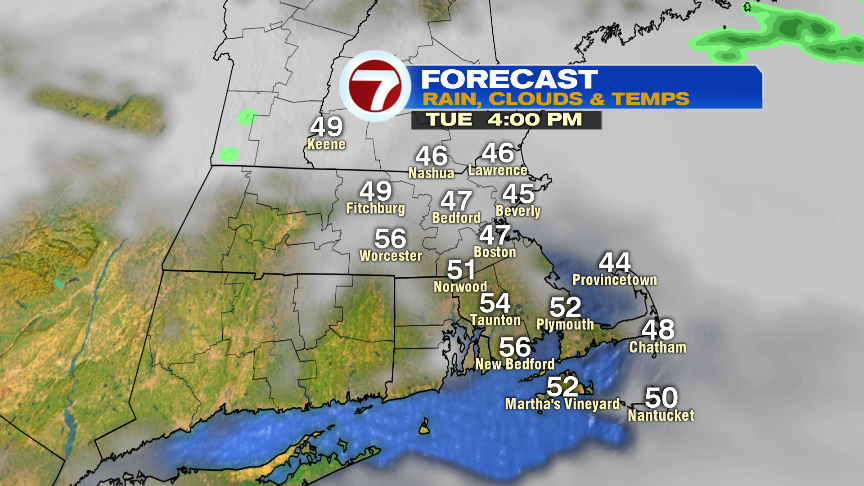 Sick of the rain? Me too, Boston has logged 20 days this month with measurable rain. That’s a record for most days in a month with measurable precipitation. However, it’s a far cry from the wettest month. August 1955 had 20″ and March 2010 had 15″. We’ve picked up between 6-8″ this month and tomorrow will add a bit more. Only a couple of the days this month were big rain storms as many “rainy days” were only a tenth or quarter of an inch. 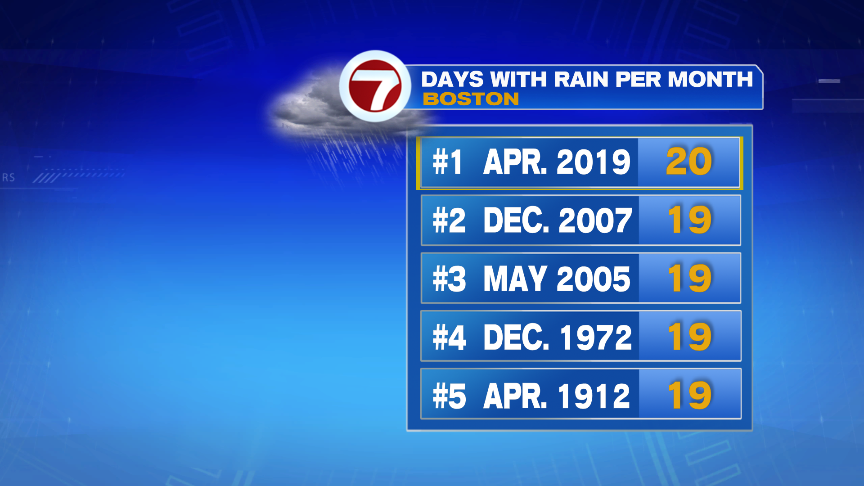 More showers roll in Wednesday through Friday. We’ll catch dry hours in there too, but an overall cool and unsettled pattern continues for now, so keep the umbrella on standby.
https://twitter.com/clamberton7