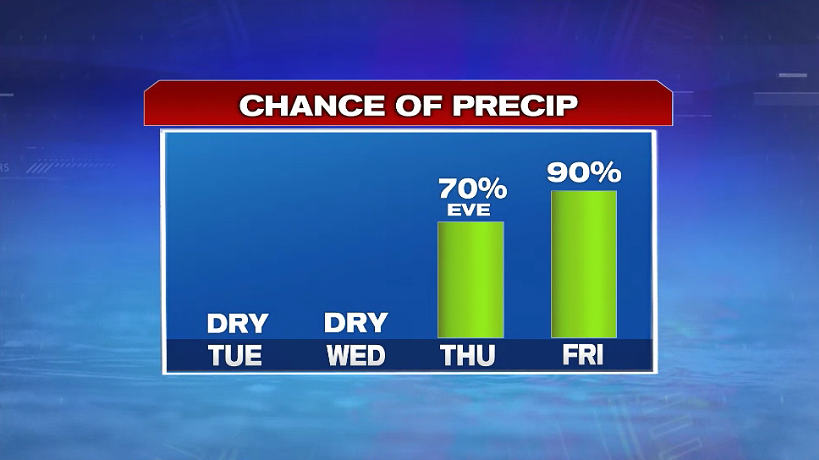 7Weather- It is mainly dry the next two day, and then we end the week with rain and windy conditions.

Tuesday morning will be cloudy with temperatures in the low and mid 40s. There will be peeks of sun in the afternoon, and this will allow highs to reach into the mid 50s inland. An east (onshore) breeze will keep the coast cooler in the low 50s. 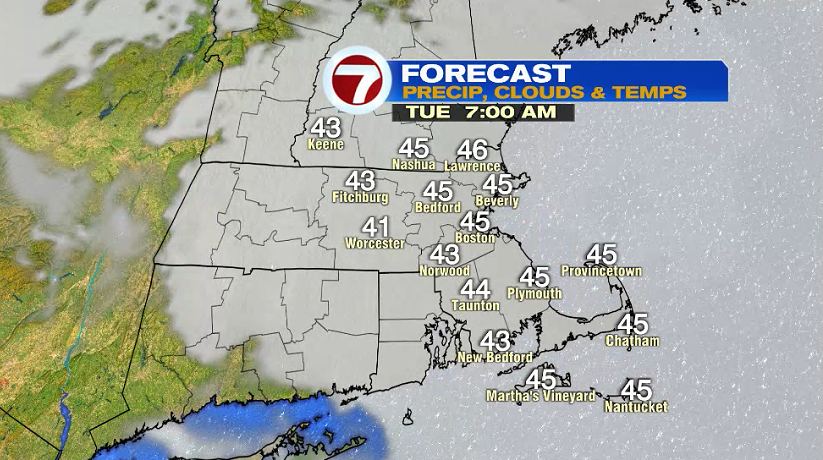 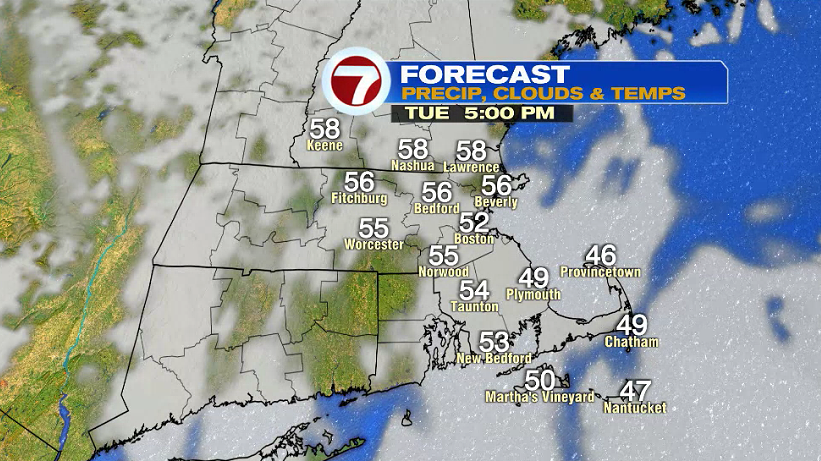 Wednesday is the pick of the week. There will be a mix of clouds and sun, and highs reach near 60º inland. Once again, an onshore breeze keeps the coast a bit cooler.

We will be in the low and mid 50s on Thursday, and skies are partly to mostly cloudy. Showers move in throughout the evening, and will be on and off Thursday night into Friday. 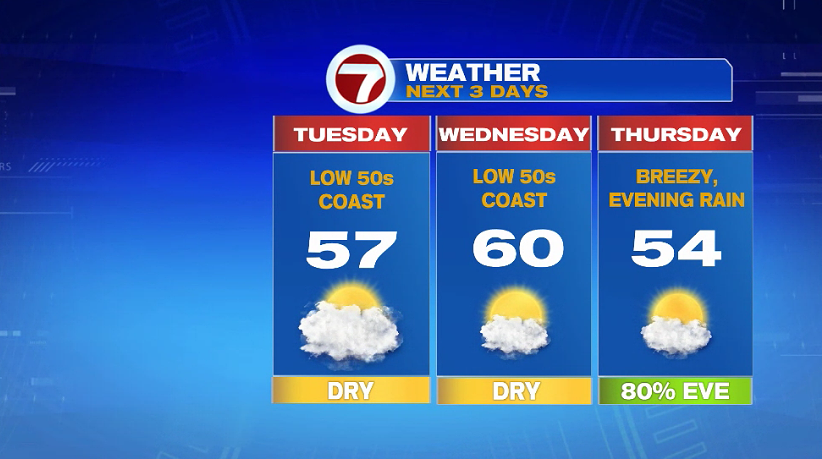 Expect rain and wind on Friday, and maybe even snow mixed with rain for the Worcester Hills. For most of us, this precipitation at the end of the week will be a cold rain with highs in the low and mid 40s. With the current set up of this system, it could be cold enough for higher elevations to see late season snow. As of today, there is a 50-60% that northern Worcester County gets 3″ or more of snow. 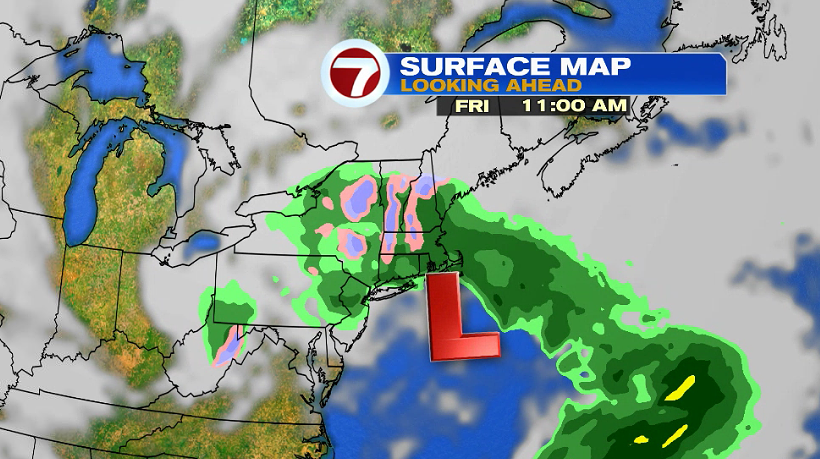 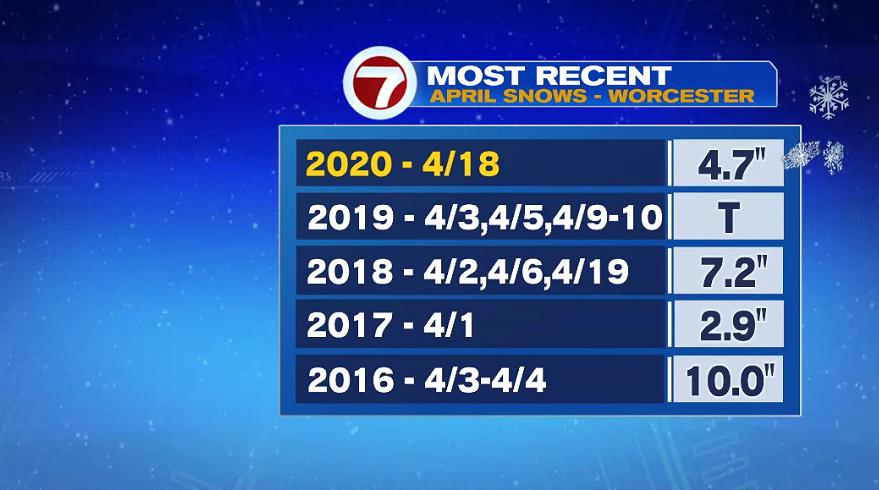 The cooler weather sticks around into Saturday. It will be windy in the morning, and then breezy in the afternoon.

Things clear up on Sunday, and just like that, we jump back into the low 60s. 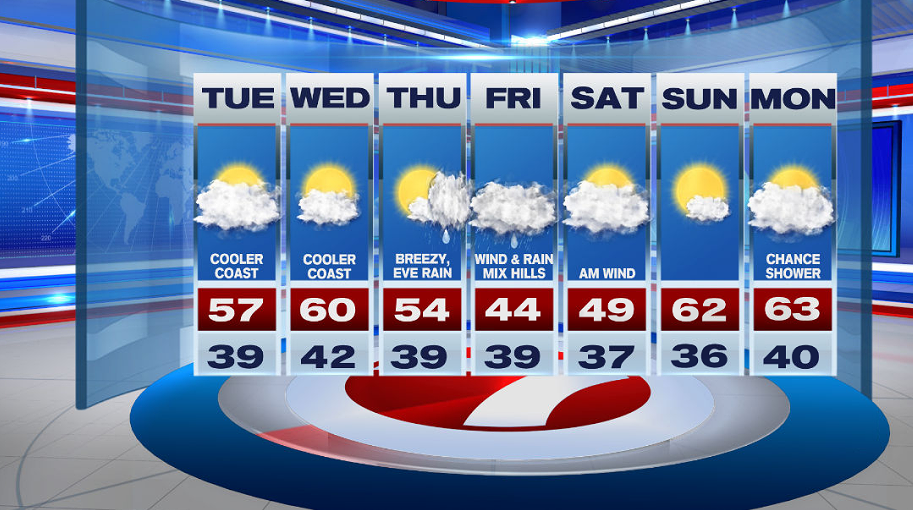