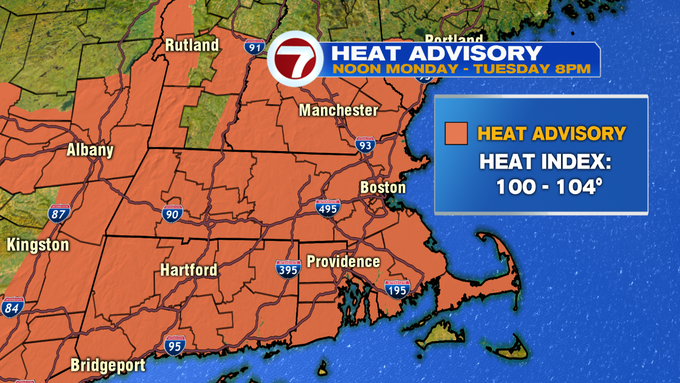 Today was the first day of 90°+ heat for many across southern New England, while for Bedford and Norwood it was Day 2.  Even hotter conditions are expected both Monday and Tuesday, coupled up with higher humidity, too. 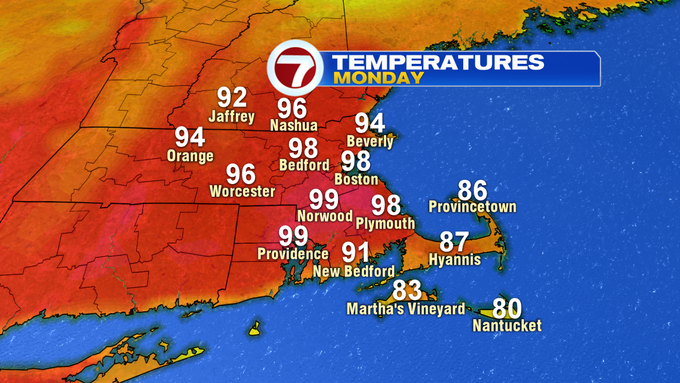 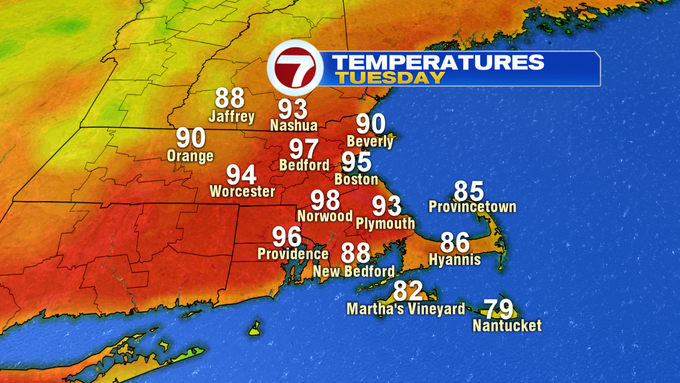 With the combination of hotter temperatures and higher dewpoints, a Heat Advisory has been issued for most of MA (not including the Islands), and portions of southern NH from noon Monday until 8PM Tuesday due to heat index values expected to peak between 100 to 104°. 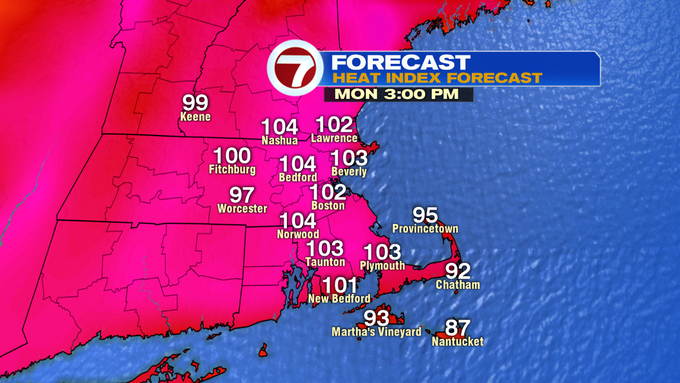 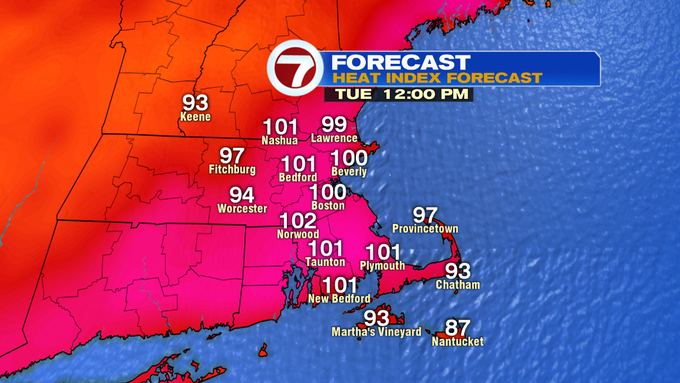 This is dangerously hot, so be sure to take precautions the next few days, including taking plenty of water breaks if you are working outside for an extended period of time. 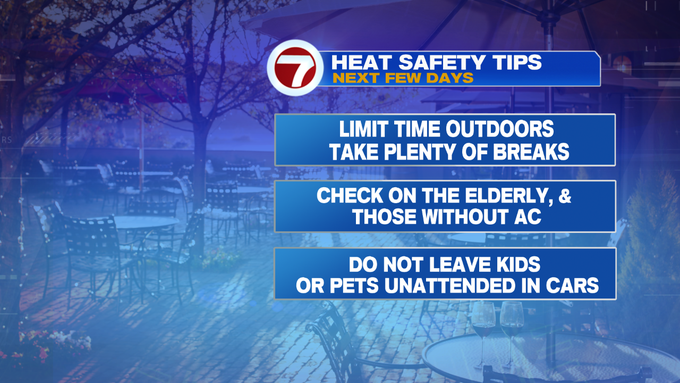 It’s our second heat wave of 2020 AND we’ll be near record highs. 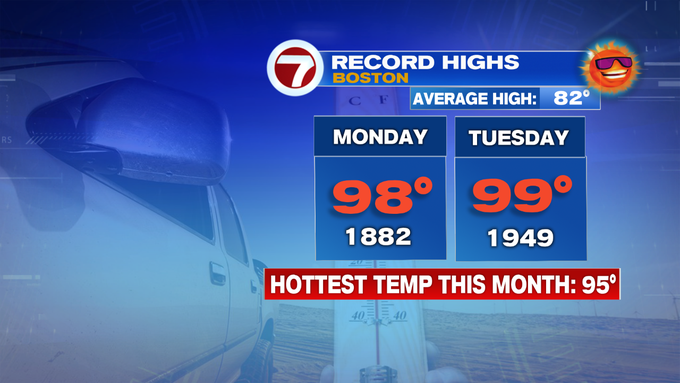 Tuesday brings a sweeping cold front late day which will spark up showers and storms as the hot and humid air will be greeted by a much more comfortable airmass behind the cold front.  Some of these storms could be on the strong side for Tuesday evening’s commute so we will continue to monitor the timing of that front. 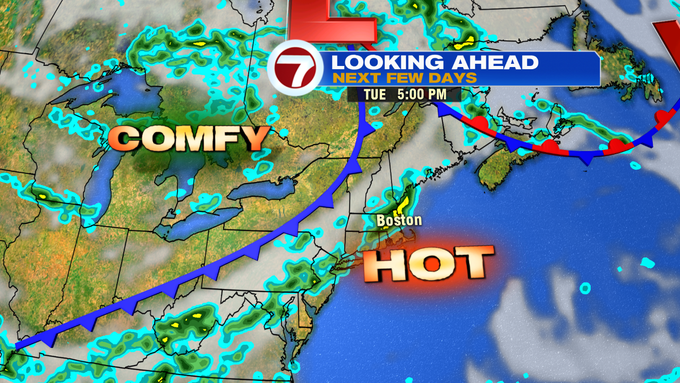 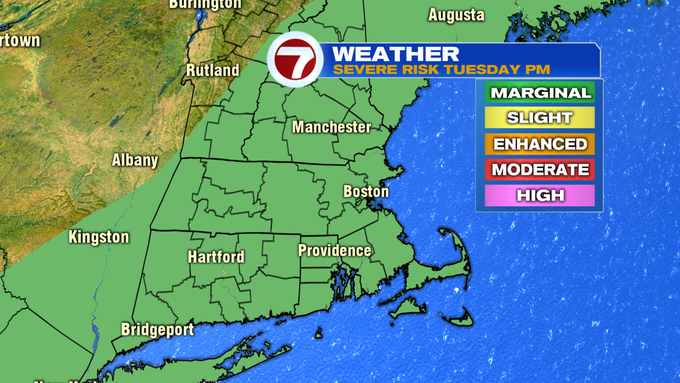 Wednesday is still warm with highs into the upper 80s but at least the dewpoints will be much lower.  Relief!

The rest of the week we see highs into the low to mid 80s under plentiful sunshine.  The first full weekend of August, we’re seasonable with slightly cooler conditions at the coast. 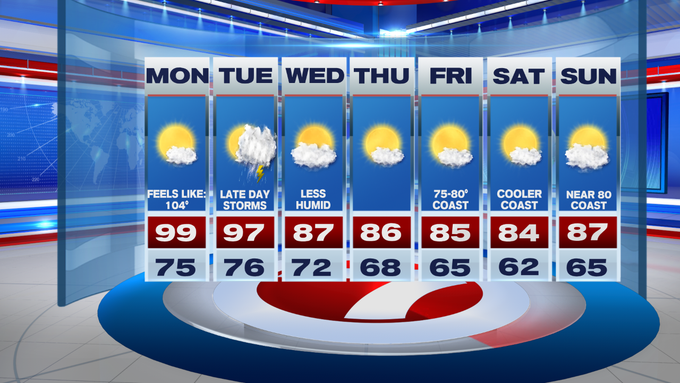