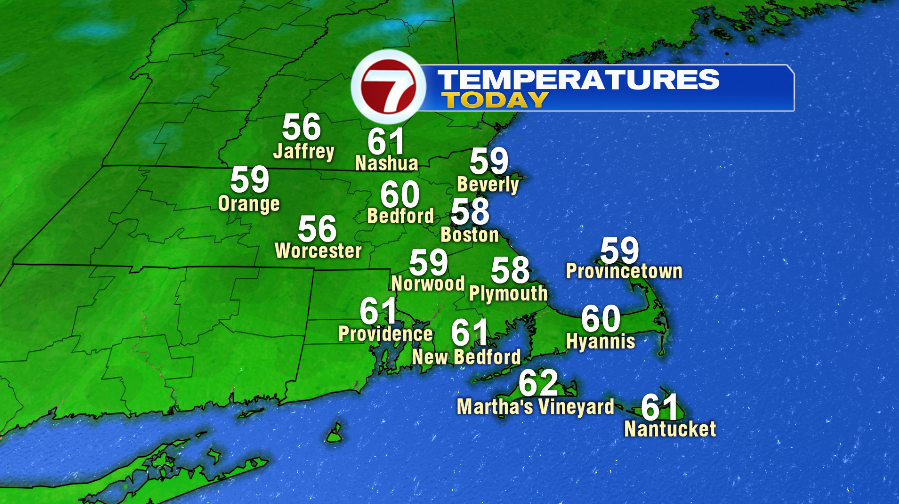 It will be another chilly night with the chance for patchy frost inland. Monday morning lows will be similar to what we woke up to Sunday morning. 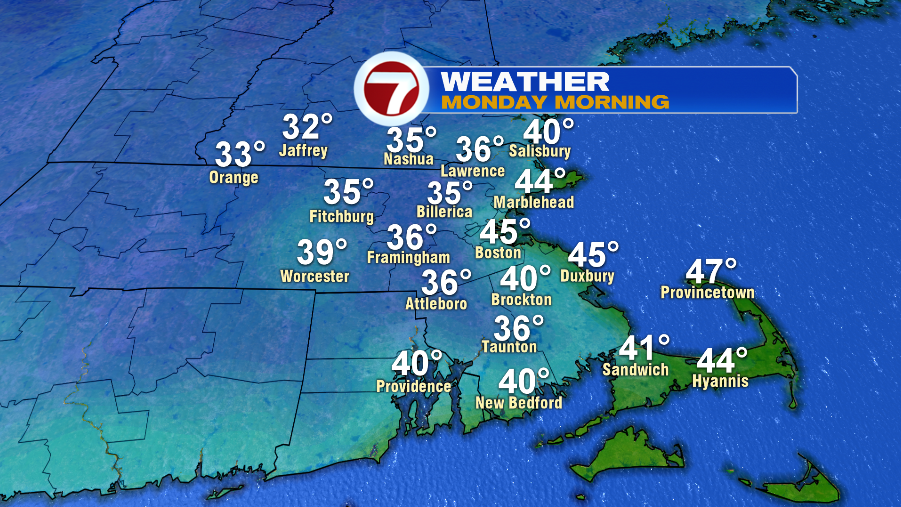 Highs remain about 10 degrees below average on Tuesday in the low 60s. There will be plenty of sunshine, and it is breezy at the coast. 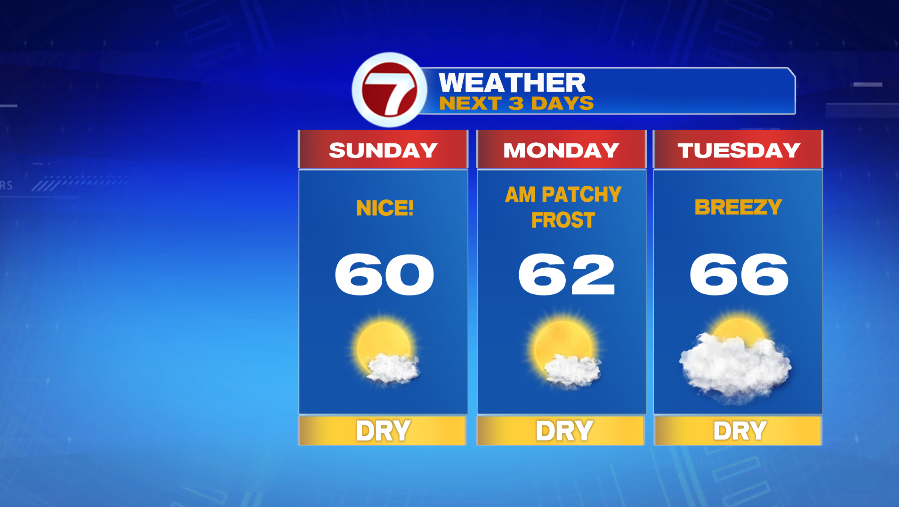 Hurricane Teddy is well offshore Tuesday, causing only minor impacts to New England. Tuesday, the first day of fall, is likely mainly cloudy, cool, with a gusty wind at the coast. New England will see rough seas, and with the combination of a steady, onshore breeze, and astronomical high tides, there could be pockets of minor coastal flooding Tuesday afternoon. 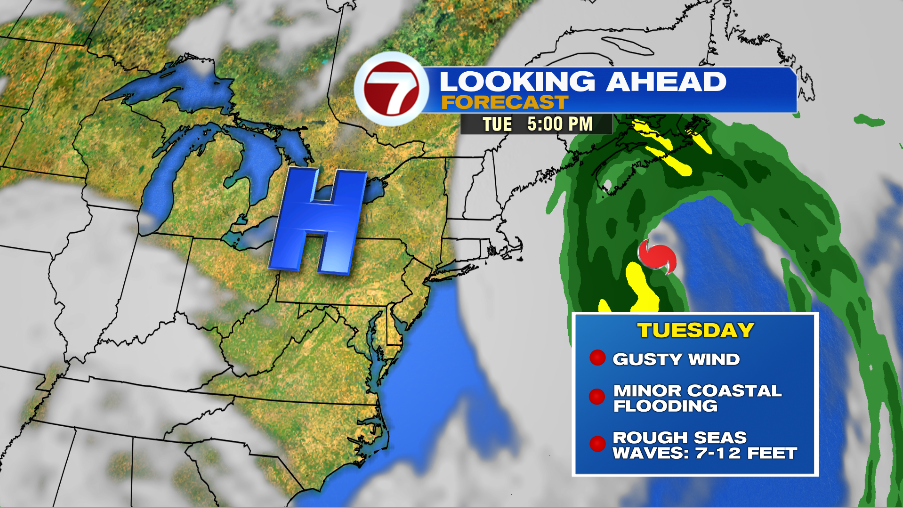 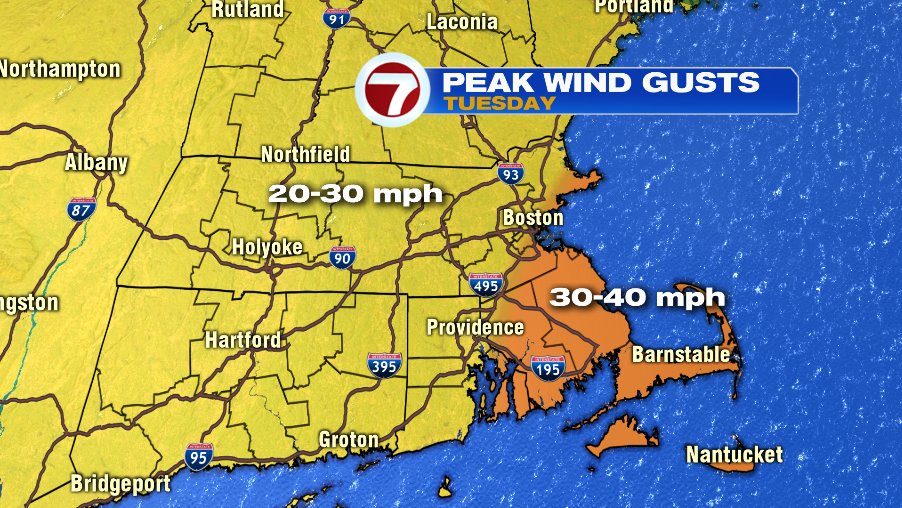