7Weather- The fall feel from the weekend continues into Monday. A Frost Advisory is in effect through Monday morning as temperatures dip down into the mid 30s for inland areas.

If you walk out the door around 7 AM, it will be chilly in the upper 30. Lunch time temperatures reach the mid and upper 50s, and then highs are in the low 60s.

It looks like most of the day has bright, blue skies, but some smoke from fires out west could lead to hazy skies by the end of the day. 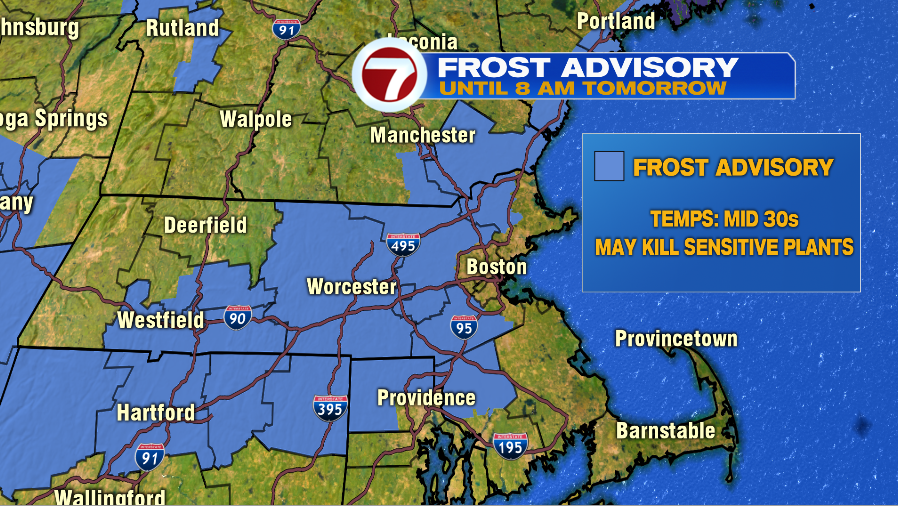 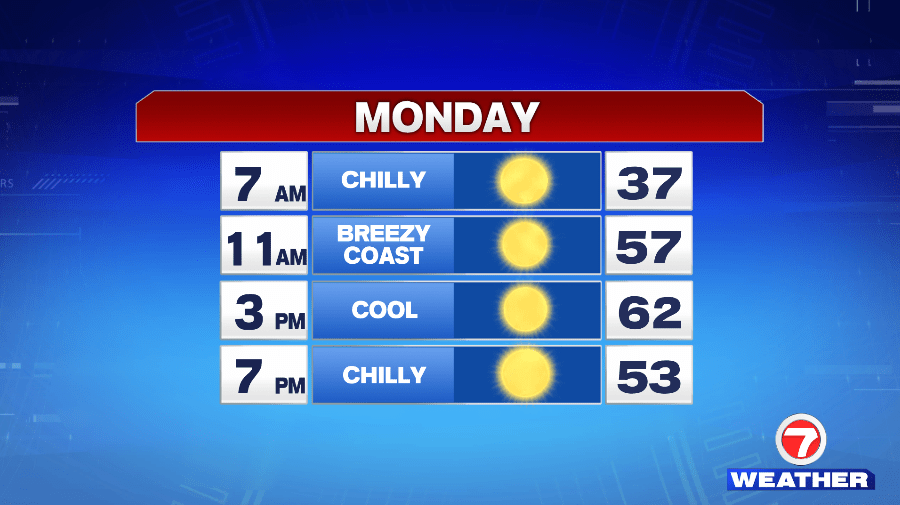 Hurricane Teddy will be about 400 miles east of our coast Tuesday, so we only see minor impacts along our beaches. A High Surf Advisory is in effect until 8 PM Tuesday for waves at 8-12 ft. Big waves, a high risk for rip currents, and minor coastal flooding is expected for Tuesday.

The day start with sunshine, but with smoke around it will be hazy. Clouds gradually increase in the afternoon, and winds pick up along the coast.

Most see gusts between 20-30 mph, but the immediate coastline could see gusts to 40 mph. 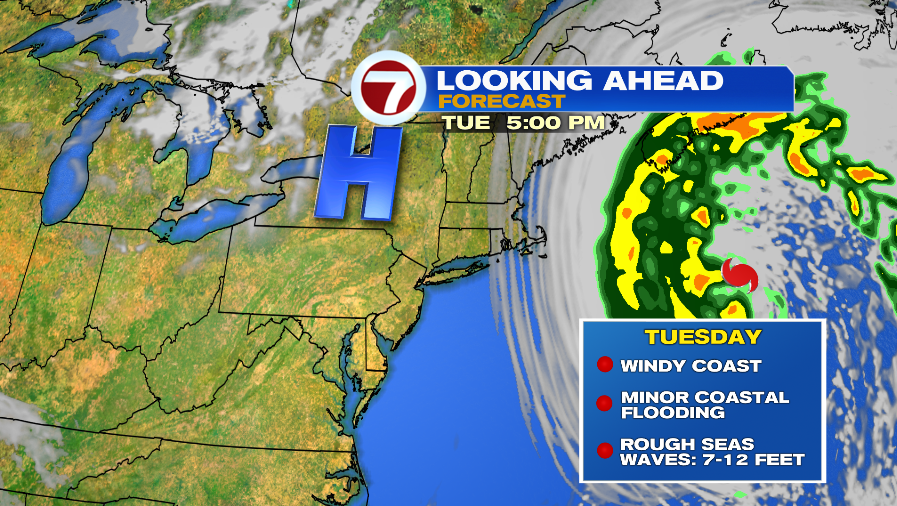 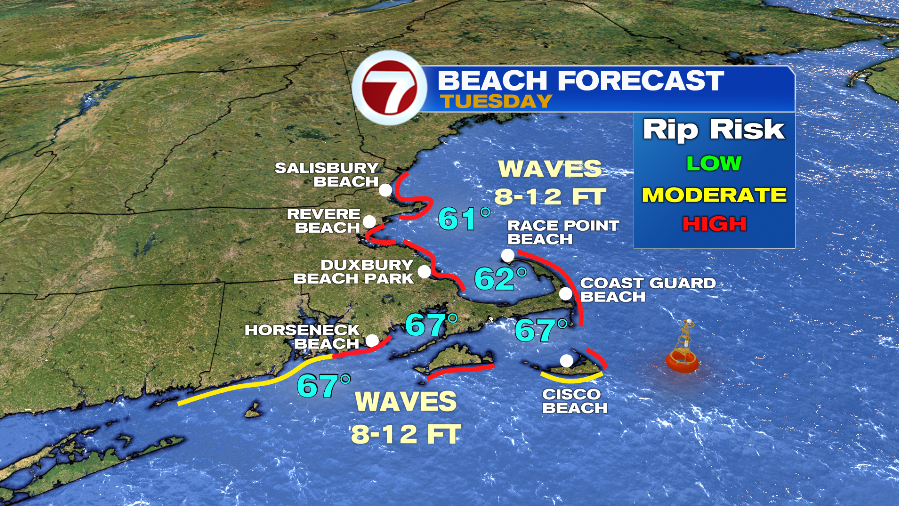 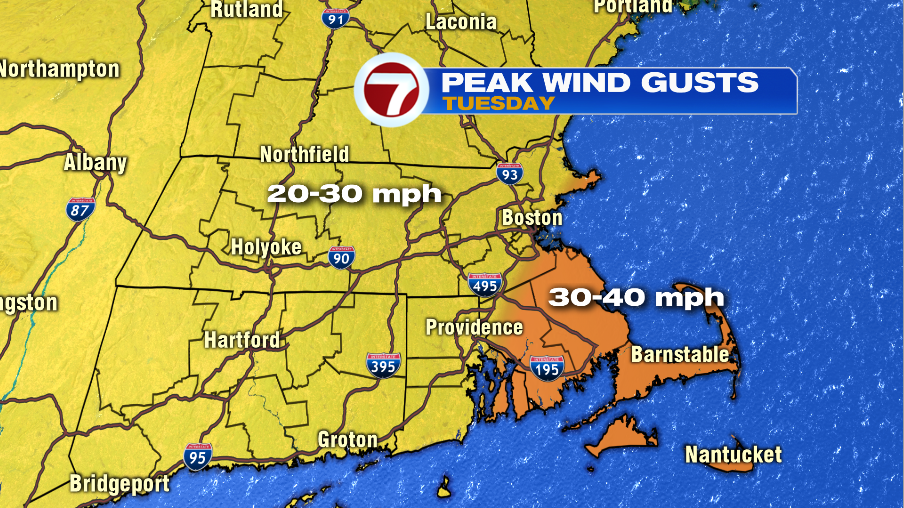 Tuesday is the first day of fall, and it will feel like it with highs in the mid 60s inland, and in the low 60s at the coast. Temperatures will be several degrees above average Wednesday and Thursday, and it remains dry. 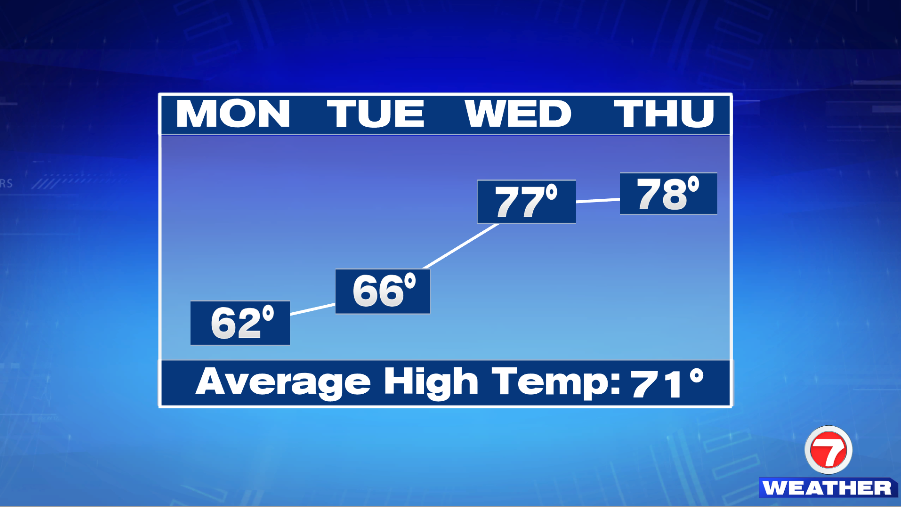