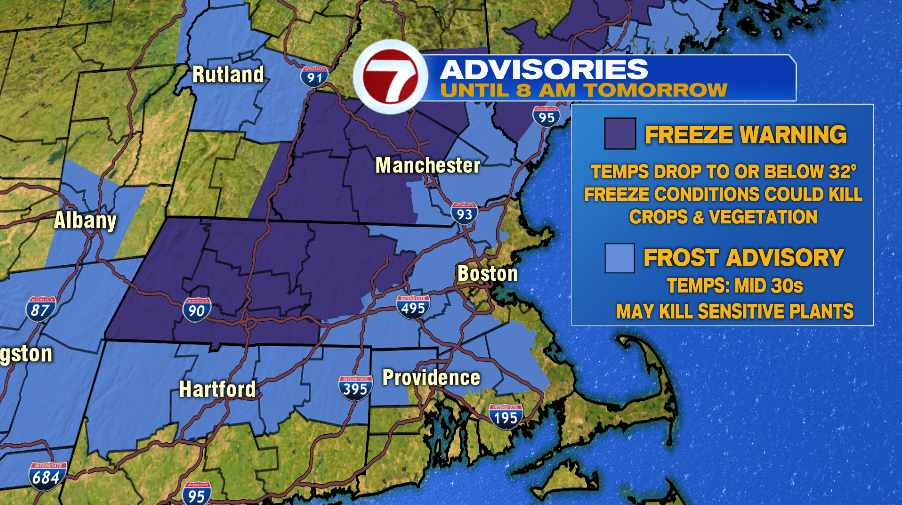 7Weather- Temperatures drop into the low and mid 30s away from the coast tonight. Freeze Warnings and Frost Advisories are in effect from 1AM – 8AM Sunday.

Most inland areas drop down into the mid 30s, so it is likely that we wake up to patchy frost. Northern Worcester County, and part of southern New Hampshire fall close to freezing, meaning freeze conditions could kill crops and vegetation. An onshore wind keeps the coast warmer with low temperatures in the low to mid 40s.

The crisp, cool air sticks around the entire day Sunday with highs near 60 inland, and in the upper 50s along the coast. It will be breezy at times, and skies are sunny. Boston has a shot at tying a record for the coldest high temperature of 58º that was set back in 1960. 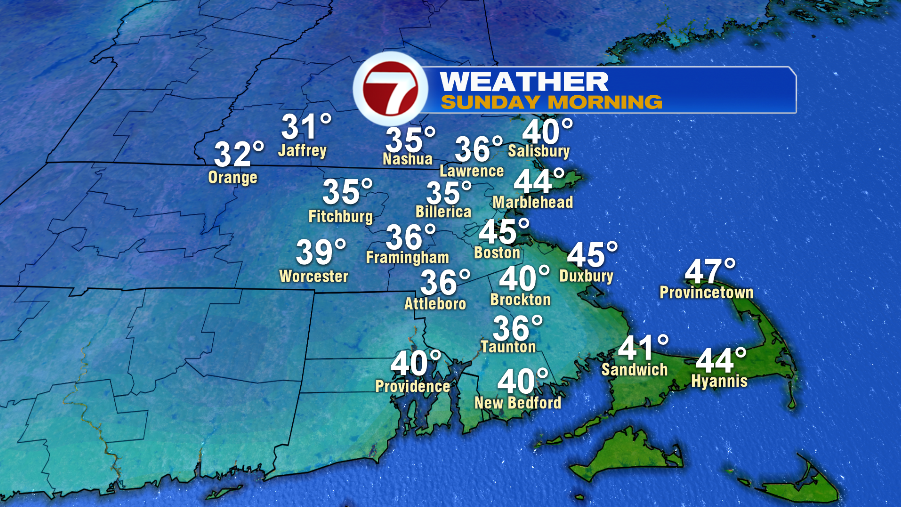 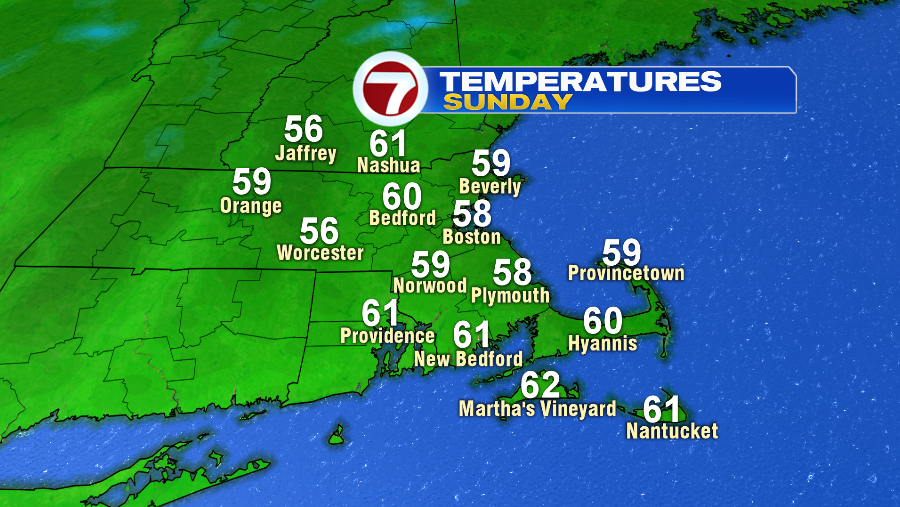 Monday remains cool, and about 10 degrees below average. Hurricane Teddy is well offshore Tuesday, causing only minor impacts to New England. Tuesday, the first day of fall, is likely mainly cloudy, cool, with a gusty wind at the coast. New England will see rough seas, and with the combination of a steady, onshore breeze, and astronomical high tides, there could be pockets of minor coastal flooding Tuesday. 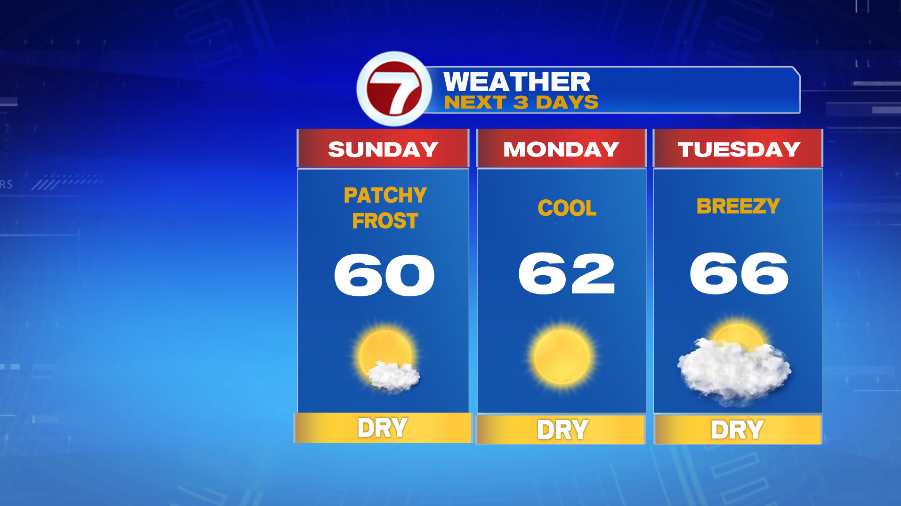 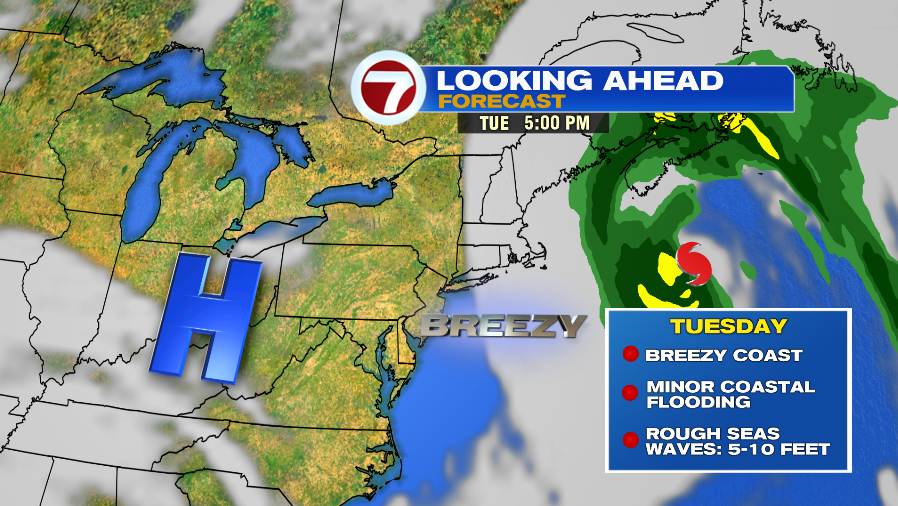