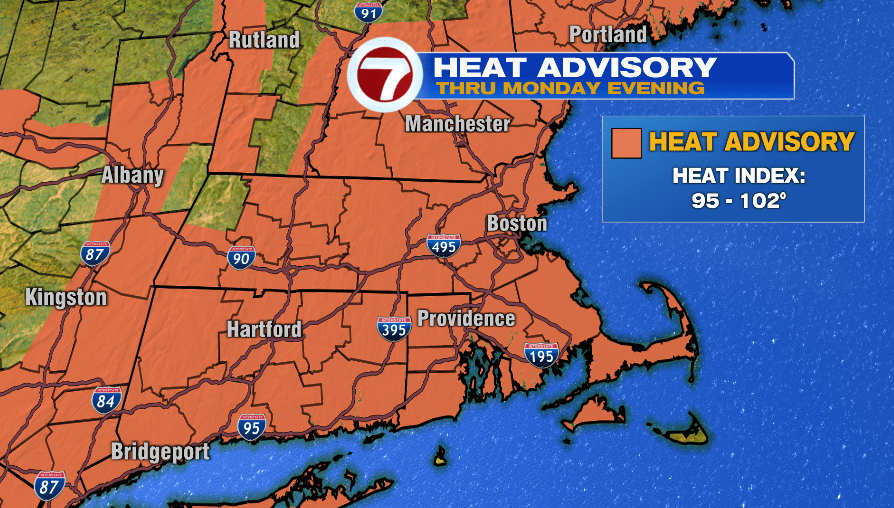 7Weather- The heat and humidity continue for the next few days.

A sea breeze was only around for a short time this afternoon. Without the onshore wind, Boston jumped into the upper 90s! Both Boston and Worcester tied records today! Boston and most of the area are officially in a heat wave with today being the third consecutive day in the 90s.

We continue the trend Sunday. Highs are expected to be in the mid 90s and heat index values near 100º. Expected isolated storms late in the afternoon, mainly after 5PM. It looks like there could be a weak line of showers/storms that forms around sunset.

You can almost copy and paste the forecast into Monday. There will be isolated storms with highs in the mid 90s. The tropical air makes it feel like the upper 90s.

Tuesday could bring beneficial rain for *some* locations. A weak area of low pressure puts scattered storms in the region in the afternoon.

Wednesday and Thursday have a tricky forecast. A low pressure hangs around south of us. That could bring scattered showers and storms. That same system lifts north toward us slowly on Thursday, keeping that chance of rain around. As of right now, Thursday’s chance is looking more promising.