Soupy air is back in place today as locally dense fog kicks off this morning, thanks to higher dew points back in across the area. The humidity will go up from here, peaking tonight and tomorrow morning, with dew points surging into the lower to middle 70s. To accompany the higher humidity, a few showers and storms also roll on through.

This afternoon, the best chance for a pop-up shower or storm will be northwest of Boston. Temps run in the mid to upper 80s. 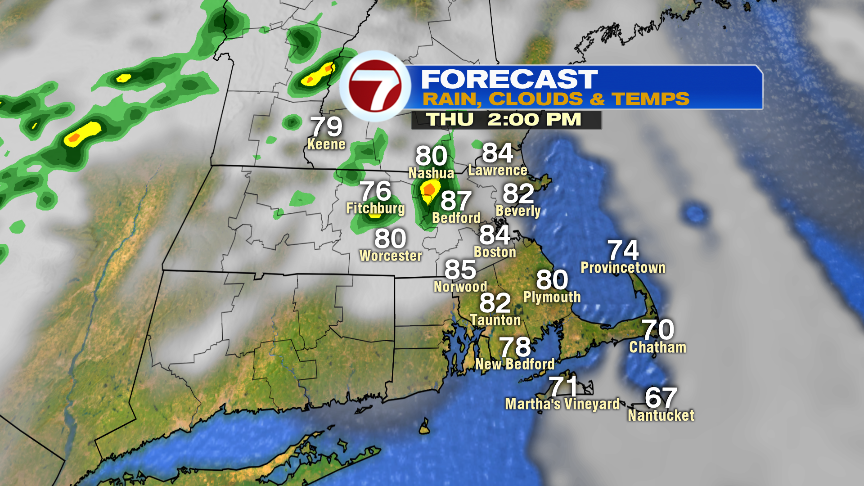 Scattered showers and storms run through tonight and early tomorrow morning. As temps stay near 70, and the humidity runs high, there will be no lack of moisture to work with, so any shower/storm will be capable of producing locally heavy rain. 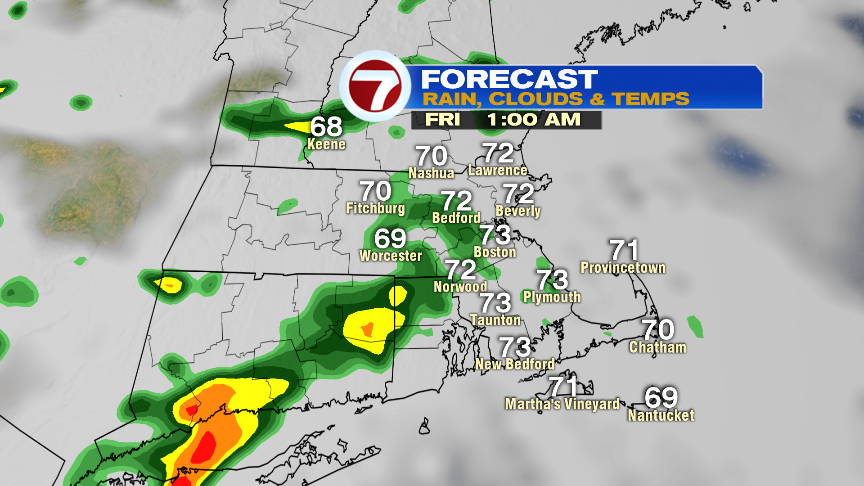 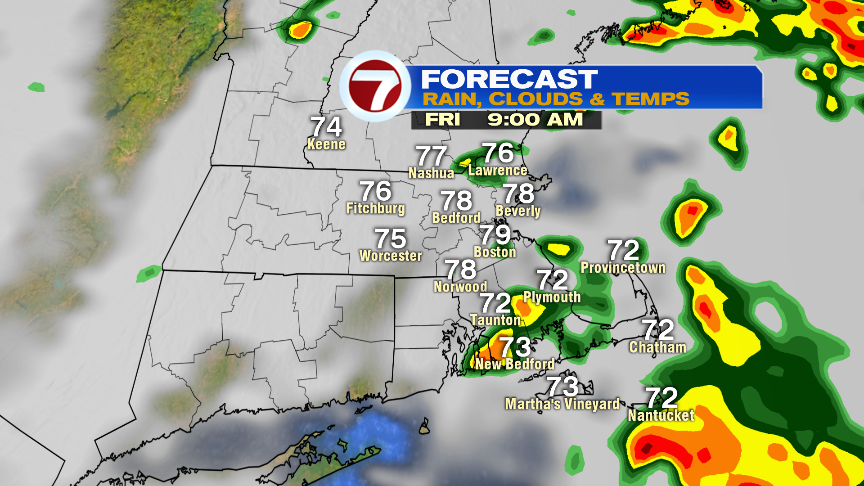 By tomorrow afternoon, storms are isolated, meaning we’ll catch plenty of dry hours too. Humidity will still be high until Saturday, then dew points slide down, especially by the second half of the weekend. 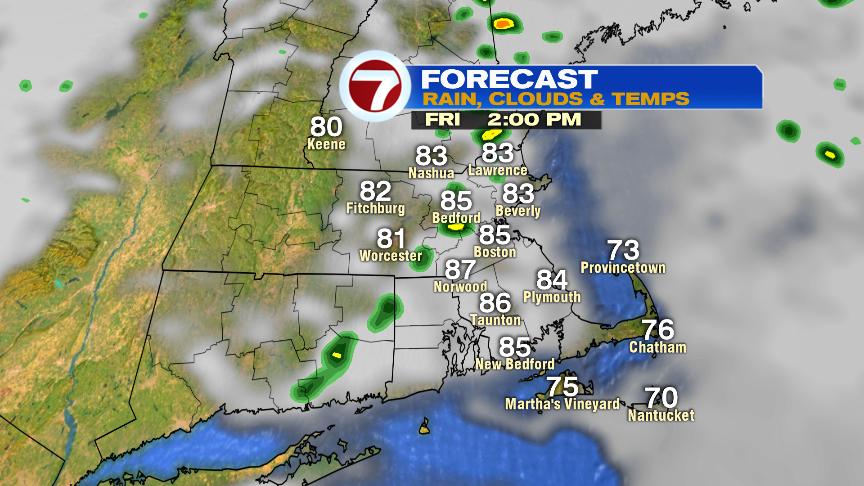 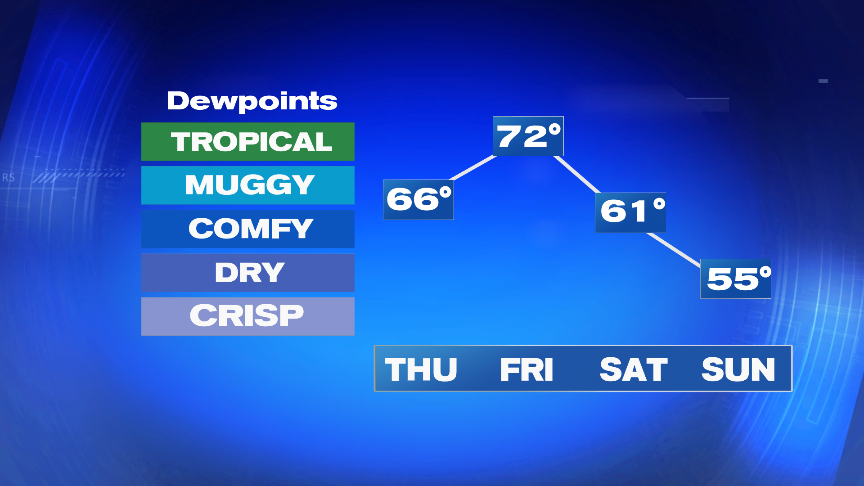 Meantime, in the tropics, the system that will likely become Tropical Storm, if not Hurricane Barry, will approach the Louisiana coastline late tomorrow. The most widespread risk with this storm will be flooding rains as 10-15″, locally up to 20″, is expected near the track. That rain, combined with a storm surge, and the Mississippi River already running high, will place many towns and cities, including New Orleans, to potentially significant/major flooding. 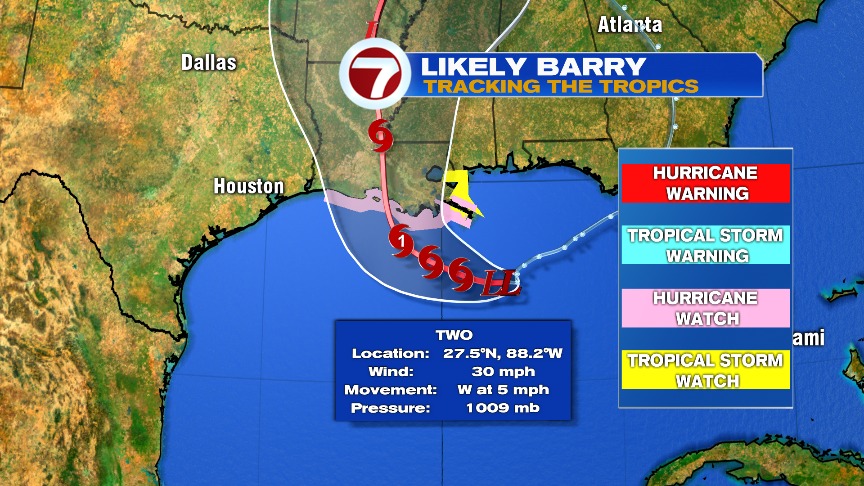 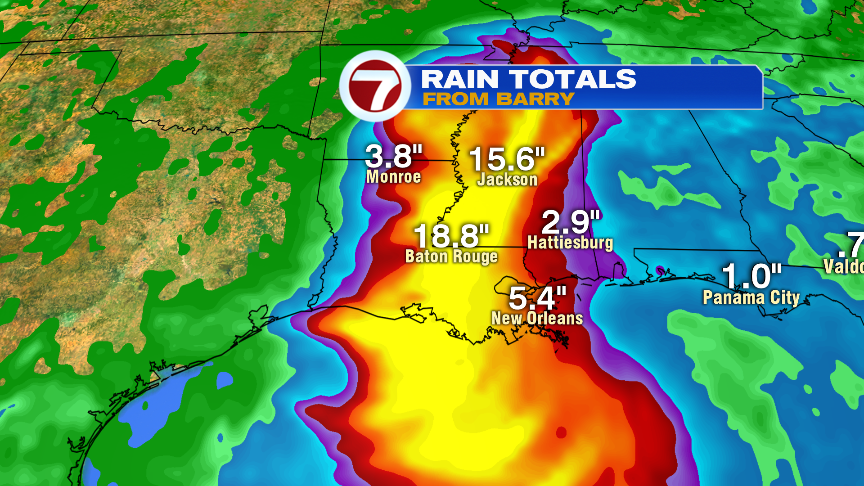