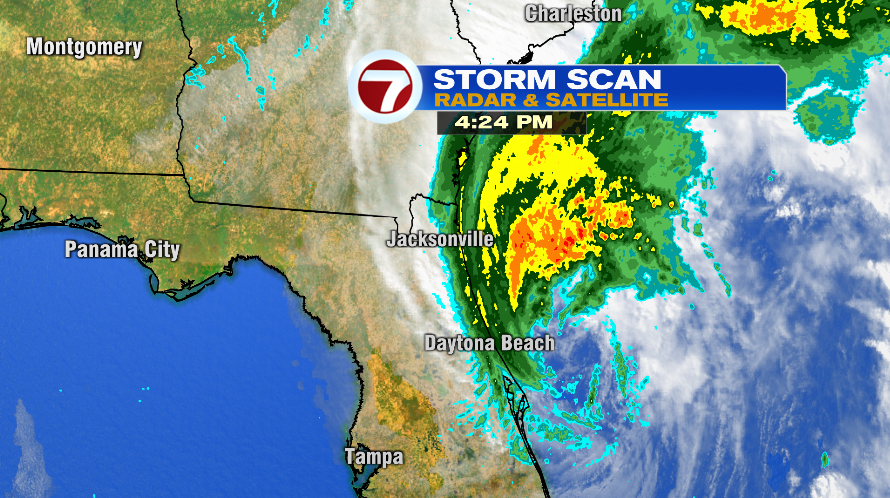 There isn’t much good news coming out of Florida today, but if there is a bright spot, it’s that the storm has finally moved offshore. Sadly the damage was jaw dropping. Wind damage, flooding rains, and catastrophic storm surge were all seen as Ian moved across the peninsula of Florida.

The official track from the National Hurricane Center strengthens Ian back into a hurricane as soon as this evening. It then bends back to the South Carolina coastline, expected to make landfall midday.

From there the storm dies out in the North Carolina/Virginia area. While the storm really dies out and loses its punch, it’s not totally gone. Some of the moisture will find its way to New England. But to be clear it’s residual moisture and we have zero concerns about being hit by any tropical system. That moisture looks to be here on Saturday and the takeaway is the further south you are the wetter your Saturday looks.

Wind will be a little gusty on the coastline Sunday and Monday too, but again, we’ve seen much worse here — for most it’s a breezy day with a few gusts to 40 mph on the coast south of Boston.