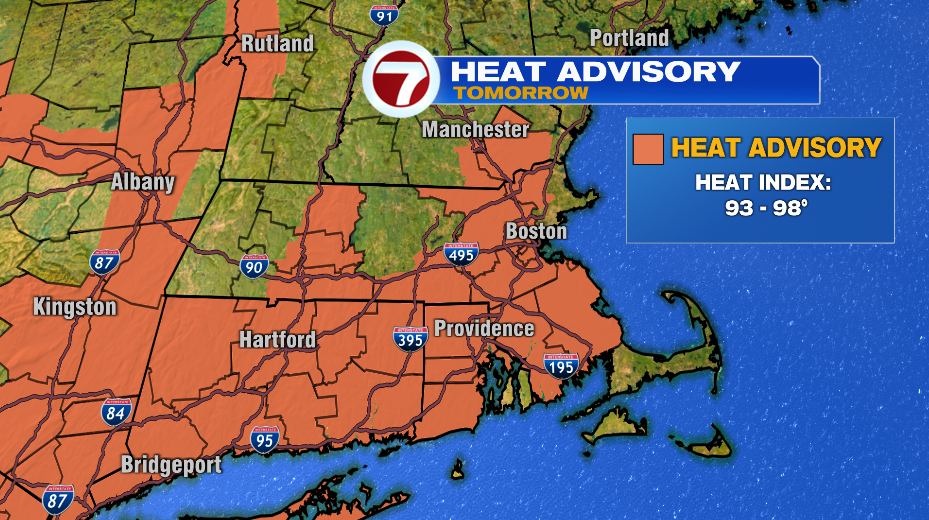 7Weather- A Heat Advisory is in effect for Wednesday for most of the area. Temperatures are expected to get into the low and mid 90s, putting heat index values in the mid and perhaps upper 90s.

It is expected to be a few degrees hotter tomorrow and with a bit of humidity, it will feel hot. It is a full day of sun and it is possible that a sea breeze kicks in throughout the afternoon. That will only keep the coast a couple to a few degrees cooler.

Thursday has a mix of sun and clouds and humidity increases. Temperatures are once again in the in the low and mid 90s, but with higher humidity it will feel close to 100º in some locations. A Heat Advisory will likely be issued. The National Weather Service typically issues them one day at a time.

There is also the chance of a few storms from 6-10 PM. We’ll be watching for one or two of those storms to be strong to severe.

Most locations will see their first heat wave. It can officially be called a heat wave once we hit into the 90s three days in a row. Most cities/towns will get 7 consecutive days in the 90s, but records aren’t challenged with most records near 100º.

I know we always get a stretch of hot weather, but this is the time to remind everyone about how fast a car heats up.