Increasing Clouds, Showers Hold Off Until After Sunset 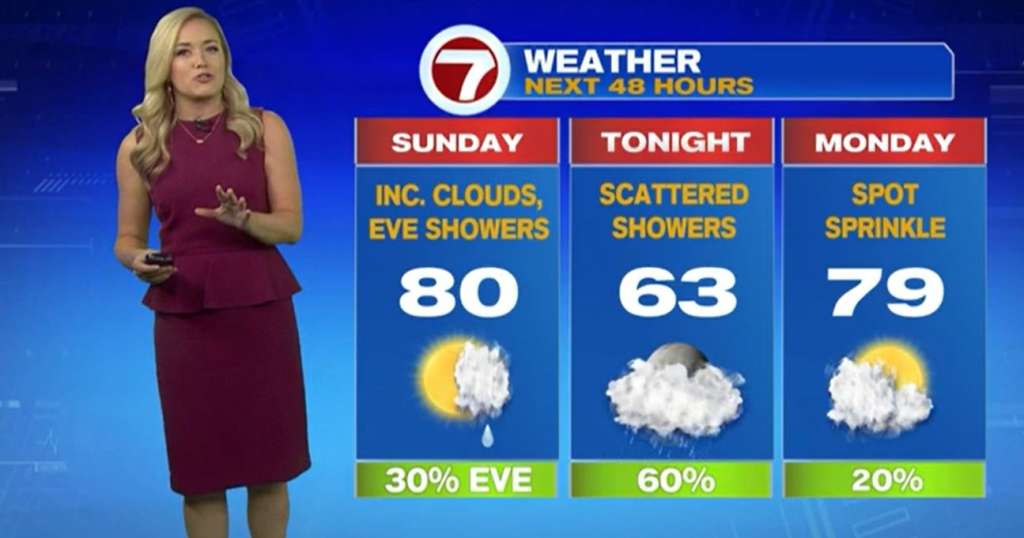 We’re off to a beautiful start to our Sunday and the month of August with mainly sunny skies and comfortable conditions.

We’ll see increasing clouds through the afternoon with highs into the upper 70s to low 80s. We have two systems that will be bringing shower chances to the region later this evening (close to sunset), so the bulk of our daylight hours will be dry for your outdoor plans.

Tonight, as these systems scoot across portions of southern New England, we’ll see scattered showers (with some embedded downpours). With those embedded downpours, a Flash Flood Watch has been issued for southern VT and portions of NH from 2pm this afternoon until 6am Monday due to the amount of rainfall we’ve seen recently and the fact that area could get a half of an inch to 1.5″ of rain.

A few showers linger within the 495-corridor, the South Coast, and the Cape and Islands into early Monday morning before these push off the coast.

A spot sprinkle is possible Monday afternoon, otherwise we’ll see a mix of sun and clouds with highs near 80.

Mostly sunny skies greet us for Tuesday while Wednesday is partly cloudy with shower chances for the South Coast, Cape/Islands.

More rain is on the way for the end of the week with scattered showers both Thursday and Friday. A few lingering showers are possible into early Saturday morning.