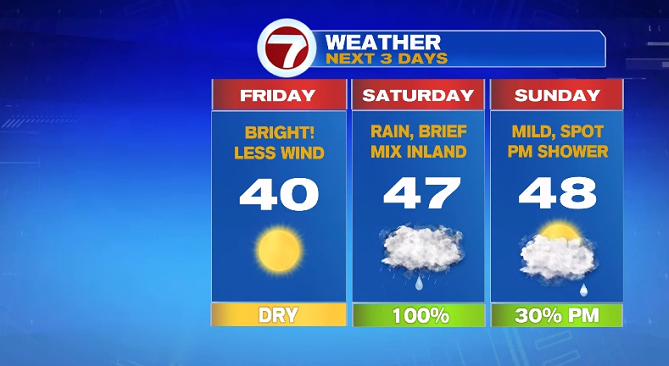 After yesterday’s warmth (which made it the second warmest day so far in 2021), today was slightly cooler alongside a steady northwest breeze, that dipped wind chills at least 10-degrees lower than the actual air temperatures. 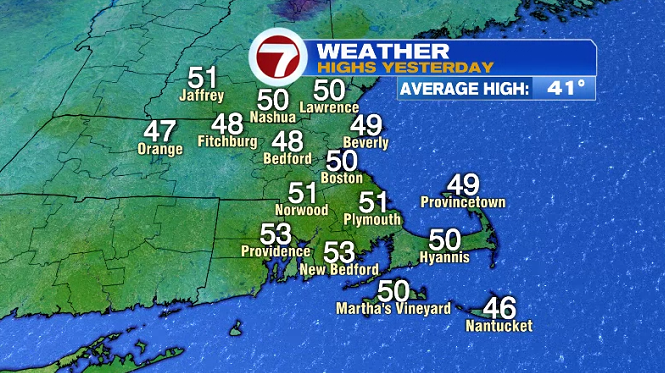 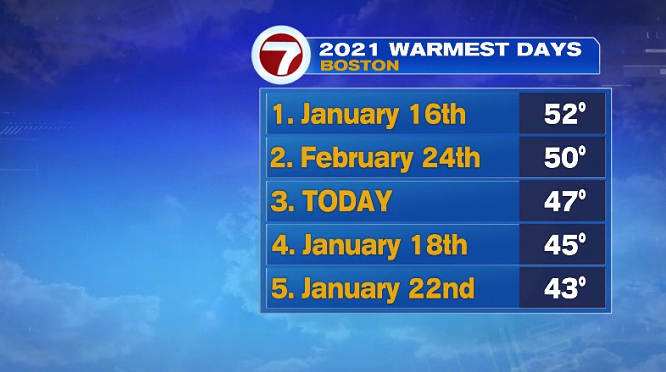 Today’s high temperature of 47° for Boston was reached in the pre-dawn hours, making it the third warmest day so far. 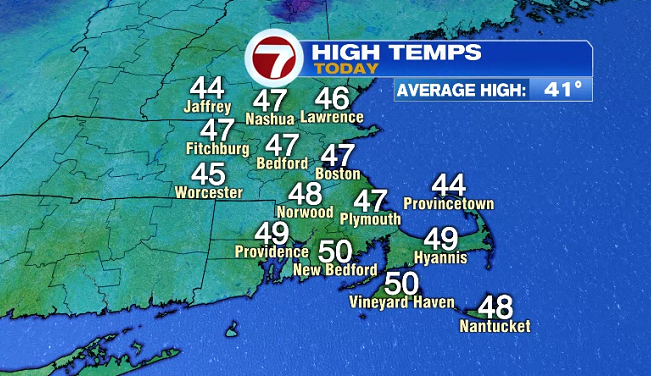 Tonight, under clear skies, temperatures will dip into the upper teens to mid 20s across the region as the wind settles. 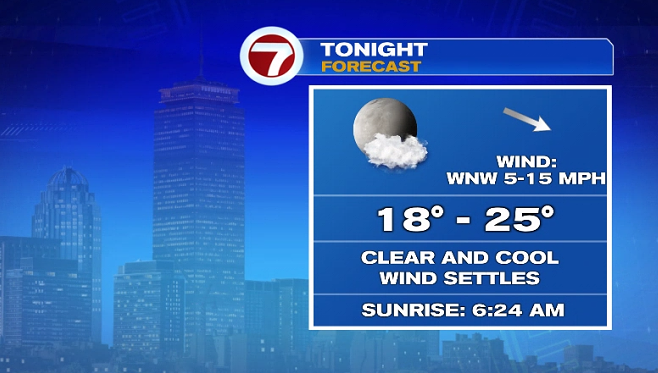 A noticeably less windy day tomorrow with highs around 40 under sun-filled skies as high pressure is overhead, giving us quiet and sunny weather for the end of the week. 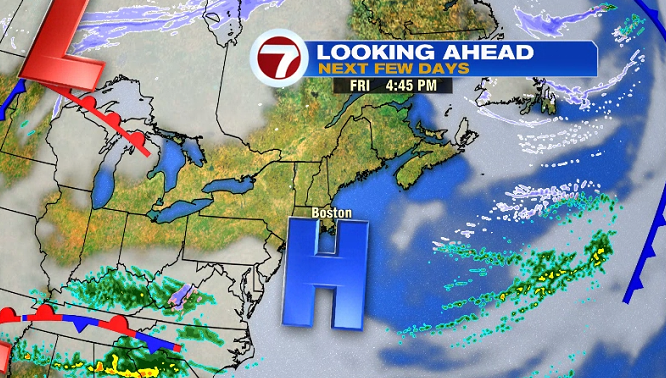 Our next round of rain arrives Saturday, starting off as a brief mix inland before quickly changing over to rain as temperatures warm-up into the upper 40s. 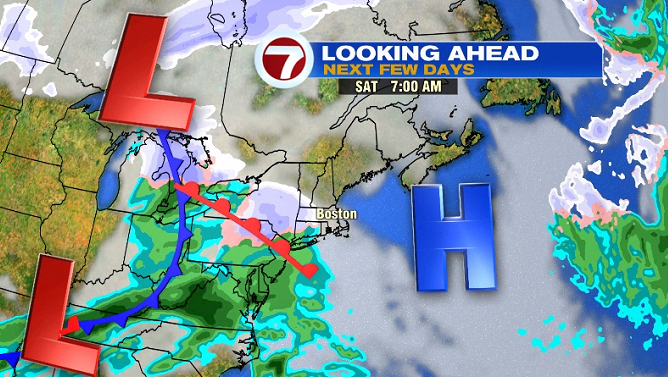 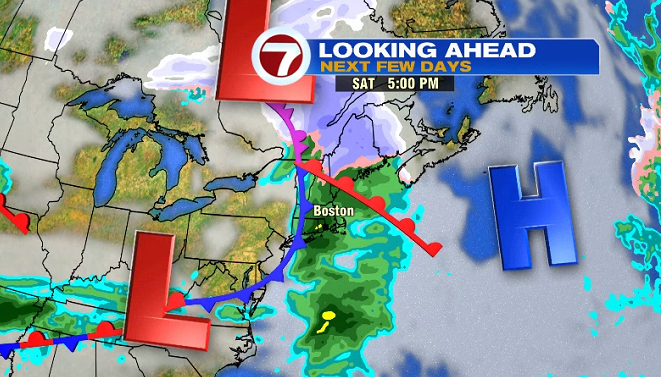 This system exits Saturday night, giving us a dry but mainly cloudy start to Sunday. 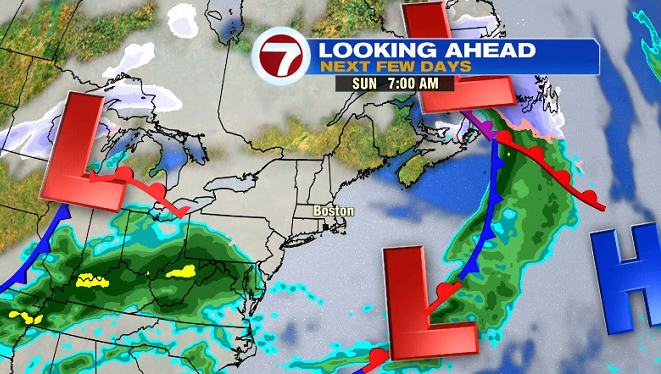 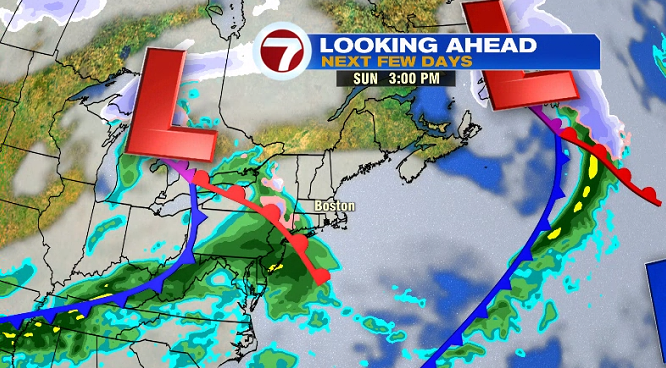 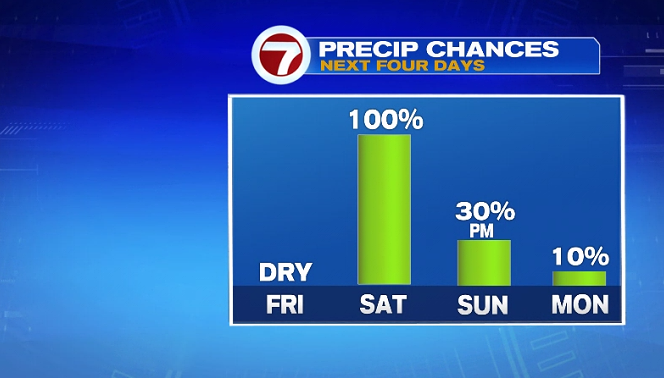 It’s a mild and breezy start to the week (and for the first day of March) with Monday’s high temperature around 50° (which is the normal high for the end of March). 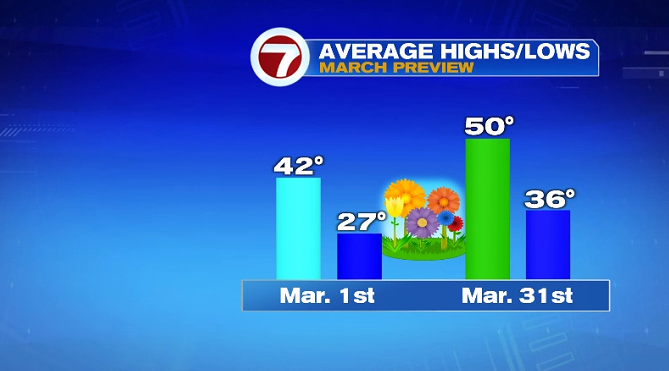 This will be another brief warm-up as temperatures plunge for Tuesday with highs only reaching into the low 30s.  Mild temperatures swiftly return for Wednesday and Thursday with rain chances late Wednesday into early Thursday. 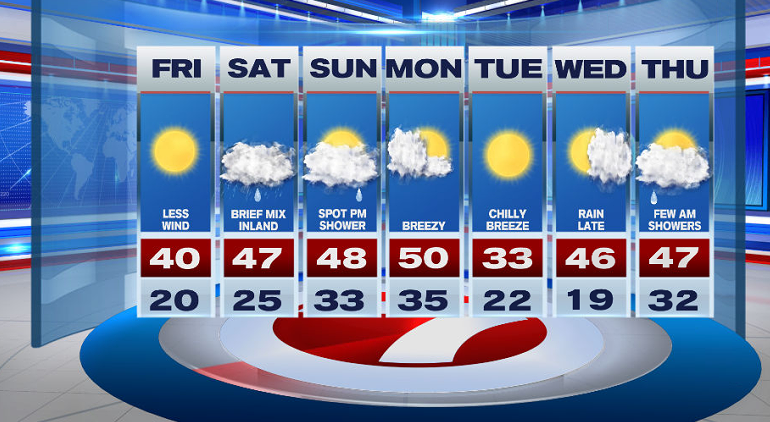