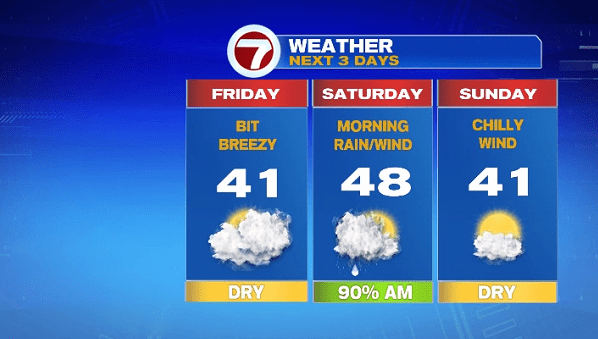 The clouds stuck around for our Thursday along with some light showers, both snow showers and rain showers.  A few showers are still possible through this evening, otherwise we’ll see mostly cloudy skies tonight. 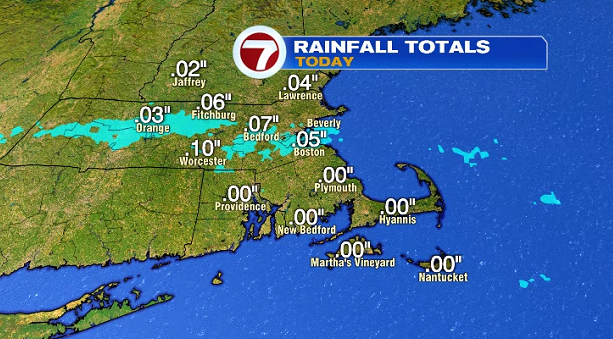 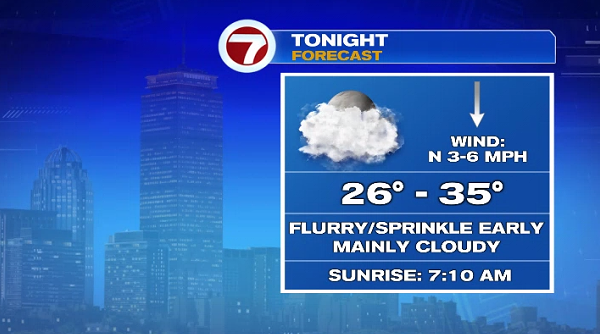 Tomorrow, we’ll see mainly cloudy skies, but dry conditions with highs around 40°.  It will get a bit breezy by the evening ahead of our next system that will bring rain to the area for Saturday morning. 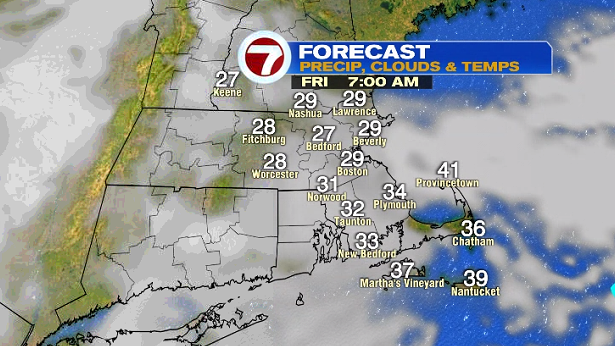 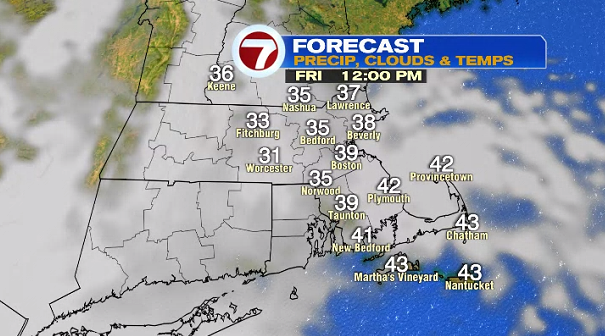 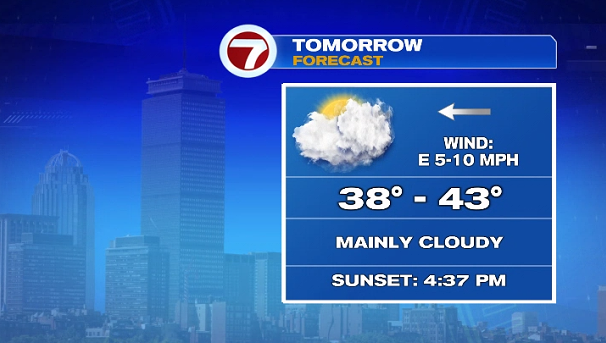 The system slides in early Saturday morning, bringing heavy rain at times, which should taper by mid-afternoon.  Some partial clearing is possible by sunset. 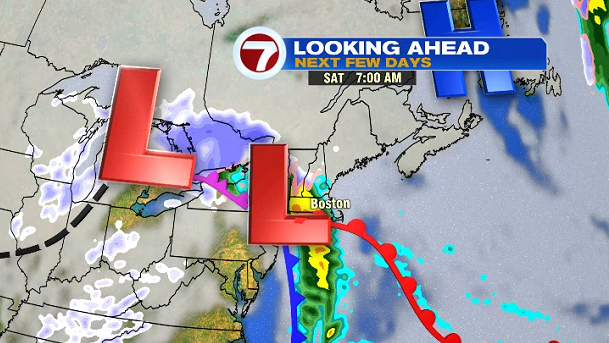 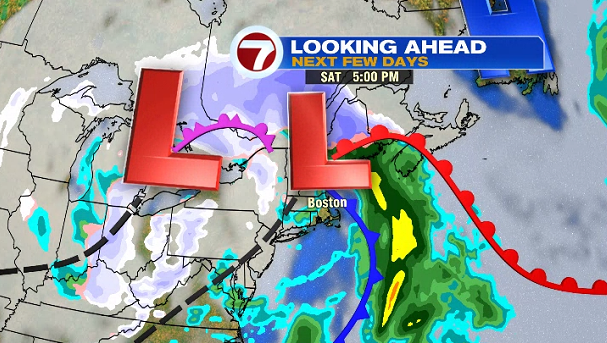 This system will be rain for us, but snow for the higher elevations of northern New England (ski country). 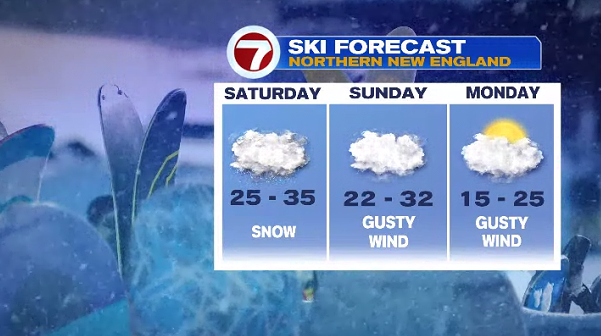 How much rain are we getting?  Up to an inch is possible for central MA, southern NH, while areas closer to the coast will get up to a half inch. 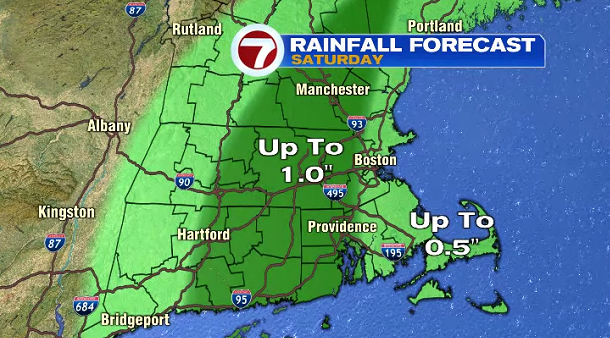 Along with the rain and mild air, we’ll also see some gusty winds especially at the coast.  Gusts could peak up to 40MPH Saturday morning with the heaviest rain. 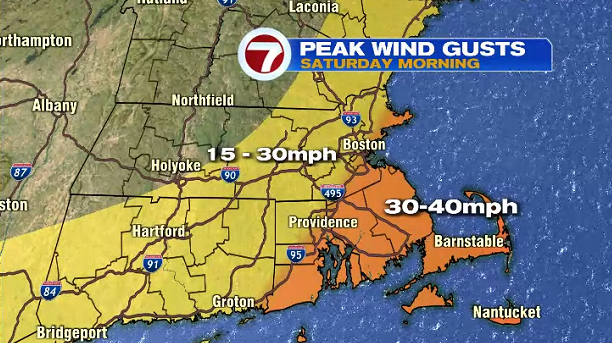 Behind this system, a gusty and chilly wind sets up for Sunday under partly cloudy skies. 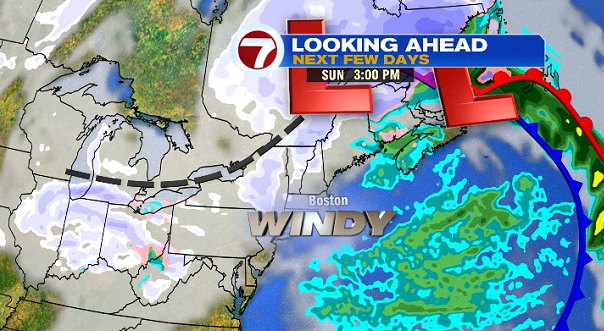 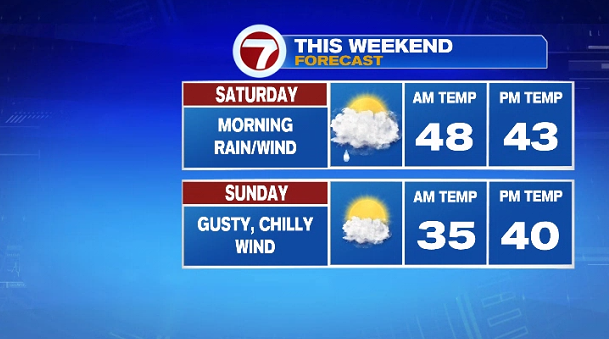 Closer to seasonable temperatures return for the start of the next work week, along with a chilly breeze through midweek with highs into the mid to upper 30s. 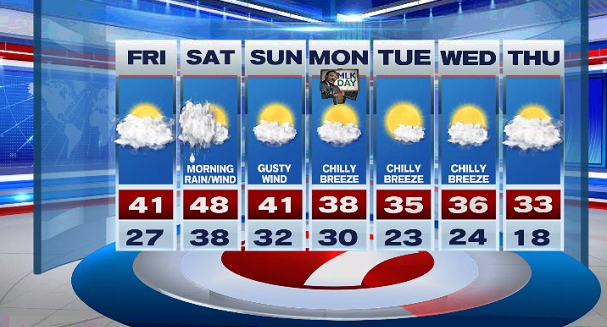