After hard hitting downpours late yesterday, patchy fog burns off this morning, yielding to a good deal of sunshine. Temperatures this afternoon warm up to 75-80 degrees, coolest at the coast. Overall, a nice day for the kids heading back to school! 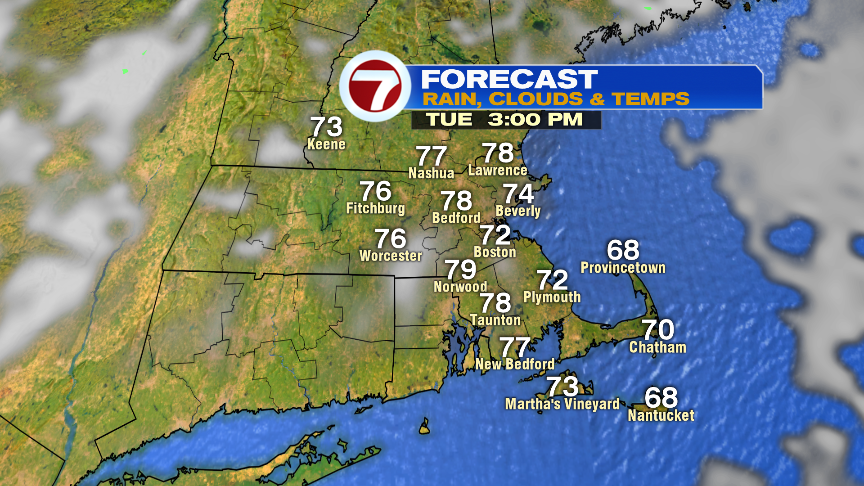 Tomorrow will feature patchy low clouds and fog burning off for some sun. It’ll be breezy, warm and muggy with highs in the low to mid 80s and a few isolated storms in the afternoon.

The big weather story is still hurricane Dorian as it continues to hammered Grand Bahama. Winds are down to 120mph, still very powerful though. The good news for the Florida coast this morning is that the track of the eye likely stays offshore, keeping the strongest wind and greatest storm surge with it. Despite that, strong winds (50-70+ gusts) and a 4-7 foot storm surge will still lash parts of the coast. 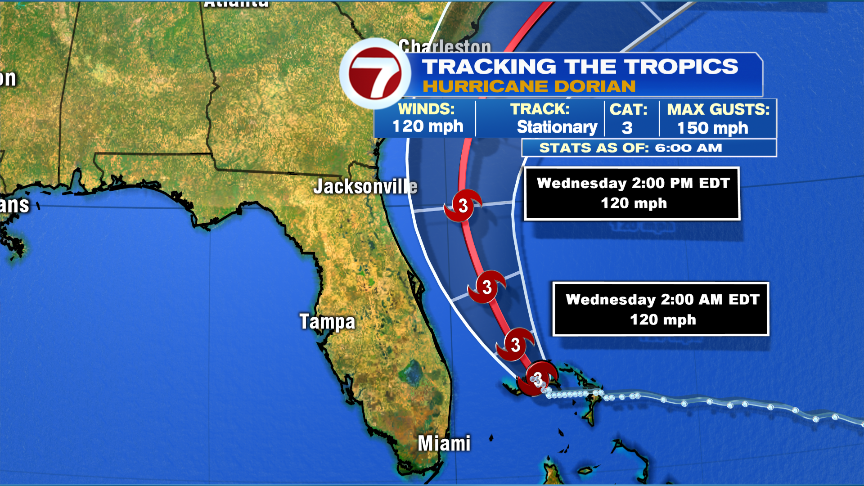 As Dorian approaches the Carolina coast Thursday, there is concern that it’ll make landfall along the Carolina coast. Especially vulnerable to it will be from Morehead City to Cape Hatteras. If that’s the case, destructive winds move onshore there, as well as a storm surge. In addition, flooding rains develop along the coast and just northwest of it’s track. 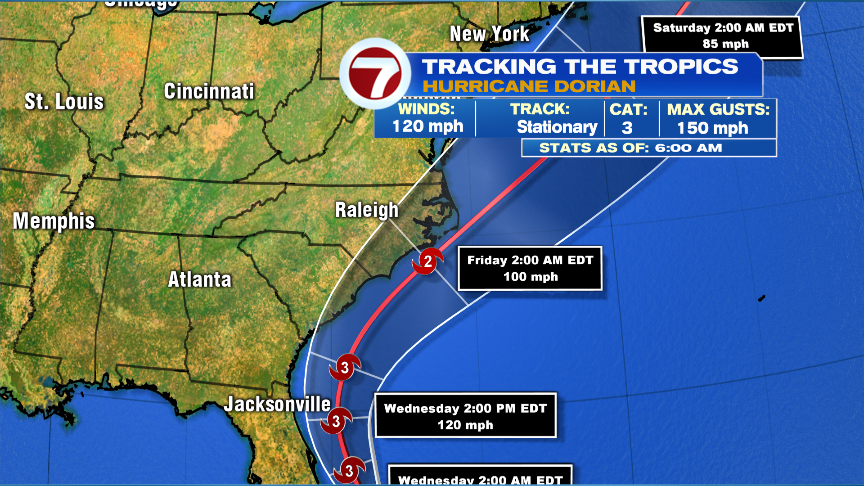 We’ll focus on the track closely here too by Friday night, as Dorian makes a pass just to our Southeast. How close it gets will dictate how much wind and rain we get. 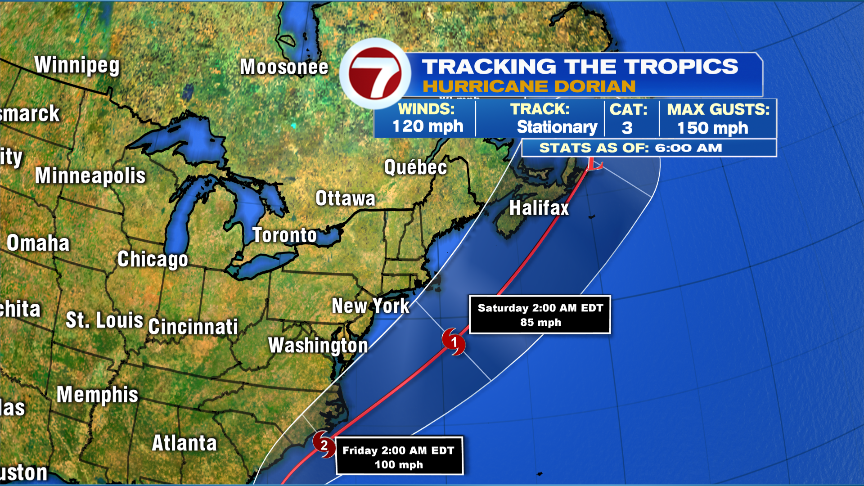 As Dorian moves south and east of us, it starts to transition into an extratropical storm Friday. That expands the heavy rain shield on the northwest side of the storm, while the hurricane force winds stay along and east of it’s path. If Dorian does track just southeast of Nantucket, it’ll act like a nor’easter for us with strong northeast to north winds (gusts 40-60mph) across Southeast Mass with a period of heavy rain there too. The strongest winds would be closest to the storm, i.e. Nantucket. 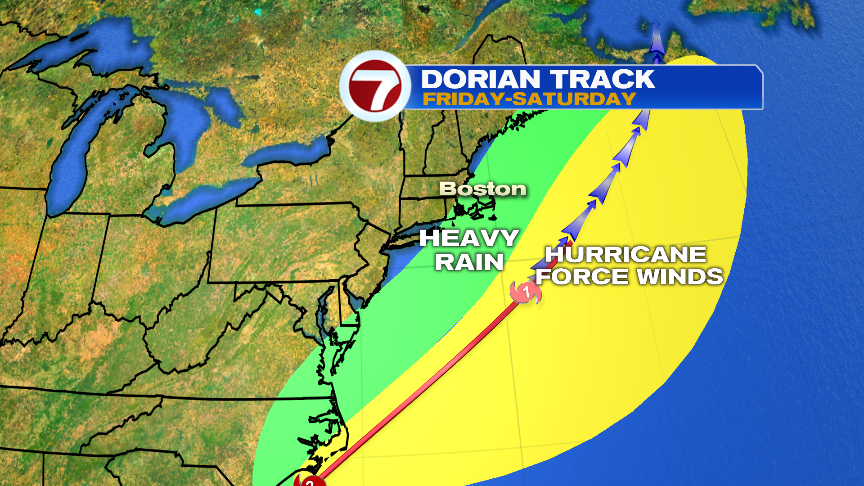 Here’s an example of gusts given a similar track as what’s projected by the National Hurricane Center. Below would show gusts 30mph or less away from the coast, 30-40mph gusts North Shore and the South Shore, and 40-60mph for the Cape/Islands (strongest over Nantucket). Southeast Mass would like see 1-3″ of rain too with locally higher totals Chatham/Nantucket. Obviously, a track farther south diminishes the intensity and the rain and wind here, and vice versa. Certainly this isn’t set in stone 3.5 days out, but I wanted to give you an example of what a currently projected track would look like.  Plenty to keep an eye on for Friday evening – early Saturday AM.