It’s another hot day on tap for today! In fact, it’s already a warm morning and a record setting morning. Both Boston and Worcester set records for the warmest low temperature recorded on July 28th. That said, for now it’s a potential record because if a shower or storm (more on that a little later in the blog) would move over an airport today or the temperature falls below this level before midnight we’d lose the record. 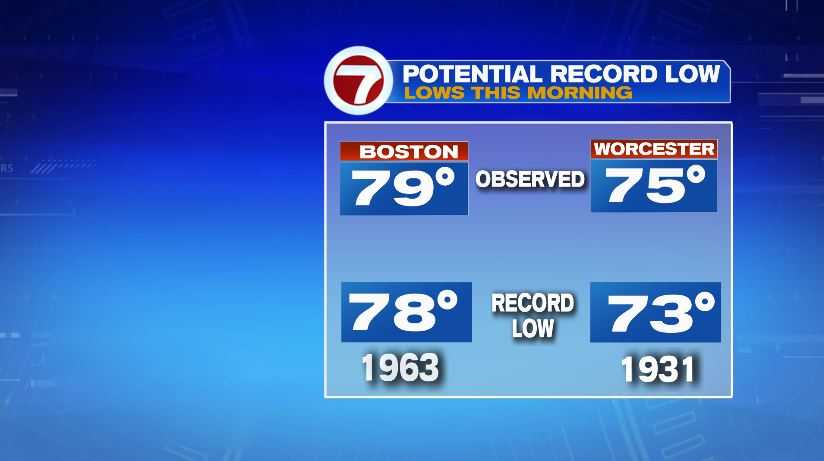 After today, Boston will put the pin in its second heat wave of the year. Temperatures today will once again climb to the low 90s. So actually, today will be cooler than yesterday. At least by what the thermometer says. 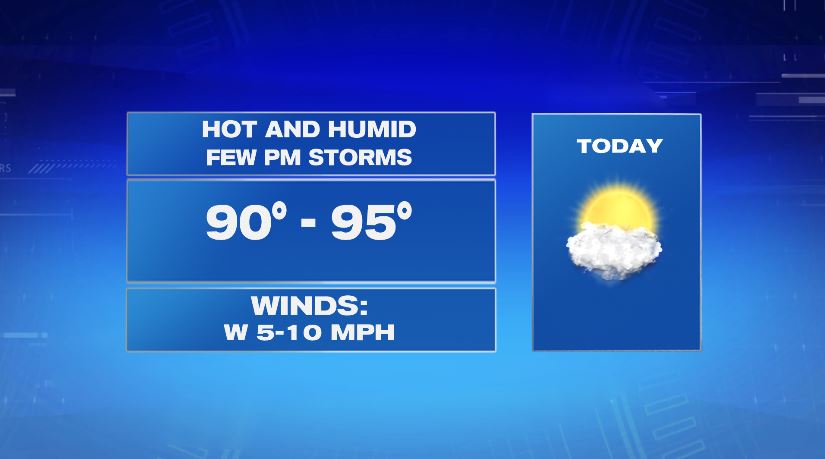 The problem is, the humidity will be worse today. So factor the two together and again we’ll feel like its near 100°. So a heat advisory is in effect again for this afternoon. 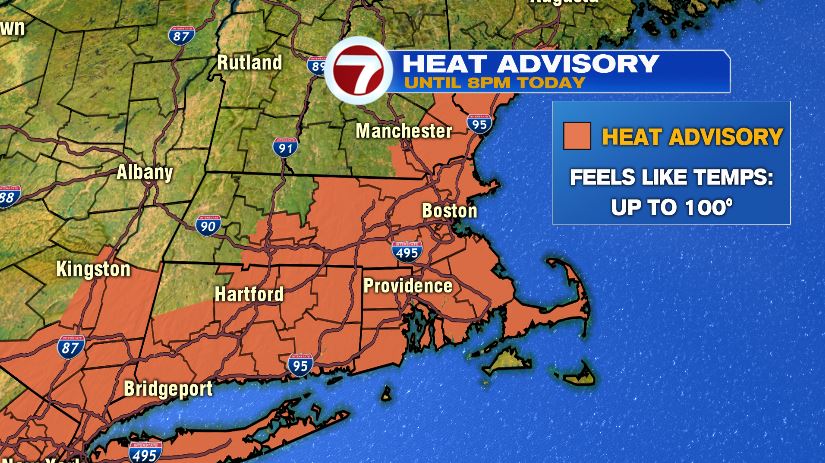 Everybody’s opinion on heat and humidity is different, but my opinion is today will feel worse than yesterday. At least yesterday the dew point was muggy and sticky… but not tropical. Today it’s tropical. So it’s the air that is heavy and will cling to your skin. It’s a great day for the beach. Temperatures will climb to the upper 80s but there is the potential for a few storms later today. 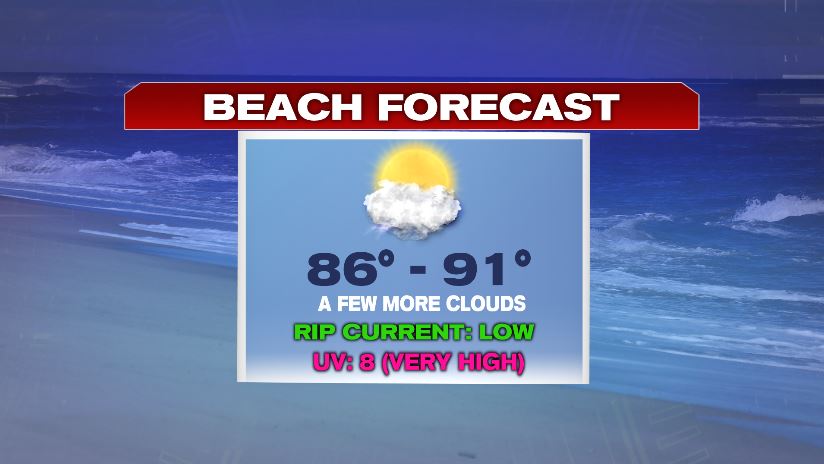 As I said, the storms will be VERY spotty. Many of us will make it through the day and not see a drop. But if you get underneath a storm, it could be on the strong to even severe side. They will produce downpours and maybe some gusty winds. 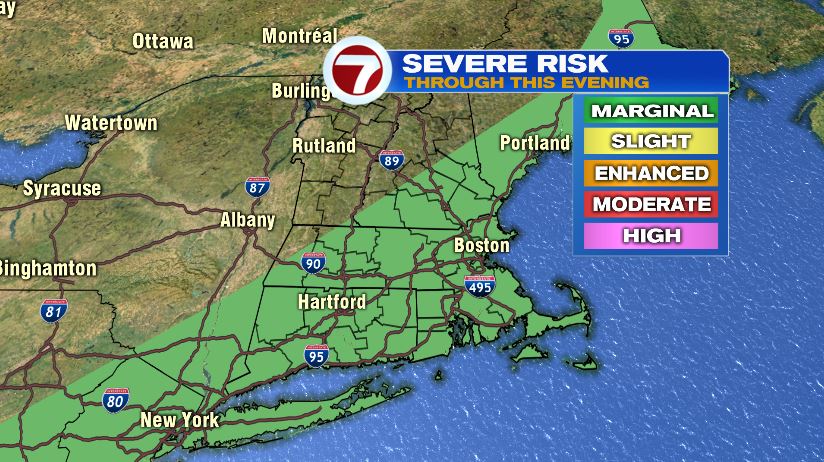 The storms will be firing along a cold front but unfortunately for us it won’t bring much in terms of cold air. Temperatures on Wednesday will still top out near 90 degrees, but the humidity will drop a ton! So despite warm air temperatures, tomorrow will feel so much better with drier air in place. 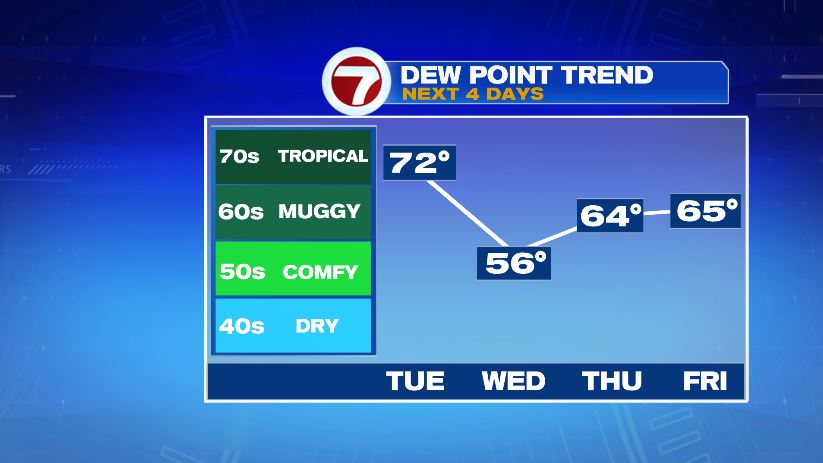