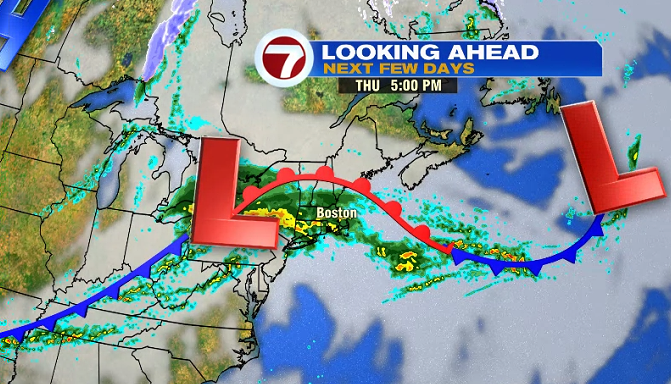 Much-needed rainfall on the way tonight through early Friday morning, bringing over an inch of rainfall for much of the region. 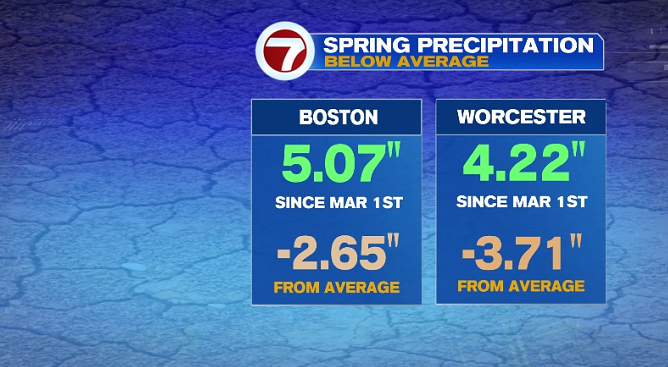 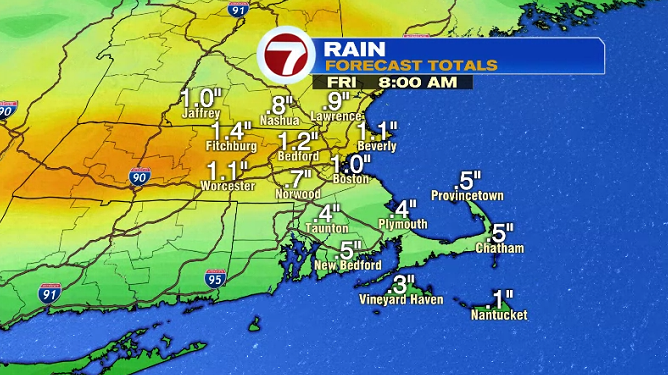 Both Worcester and Boston a few inches below normal for spring precipitation (since March 1st).

For this evening, showers with embedded thunderstorms move in from the northwest.  If you have earlier dinner plans outdoors, you should be okay, but any later than 7PM could be wet for central MA and southern NH, anytime after 8PM will be wet for areas closer to Boston. 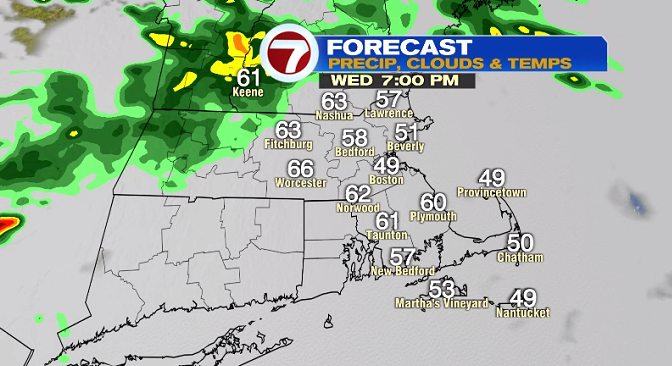 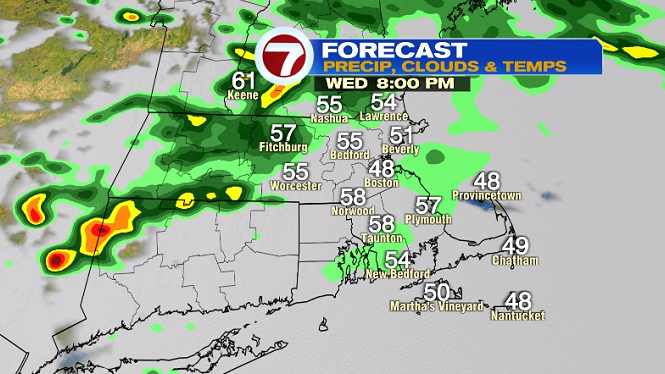 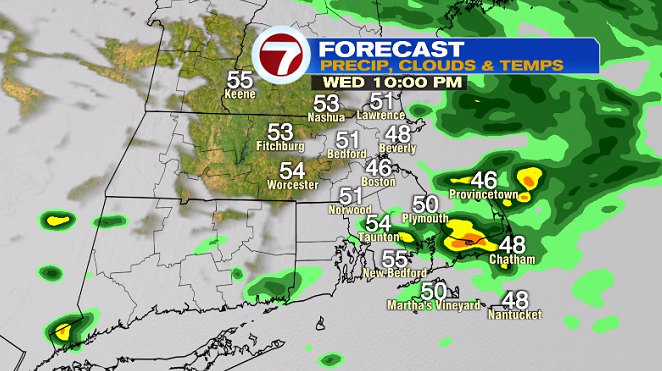 The clouds linger into tomorrow morning’s commute with temperatures starting off in the 40s. 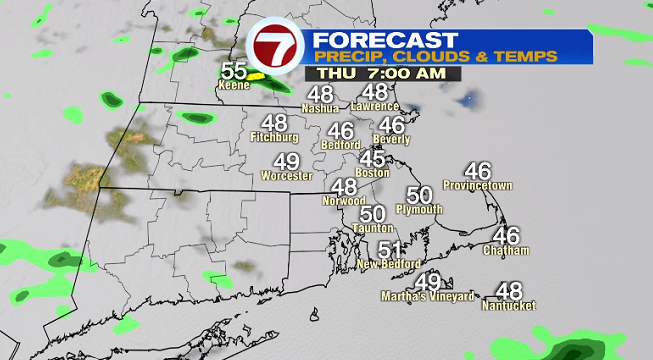 More rain is on the way by the afternoon and these continue into the evening with more widespread rain north, showers for the South Coast and the Cape and Islands. 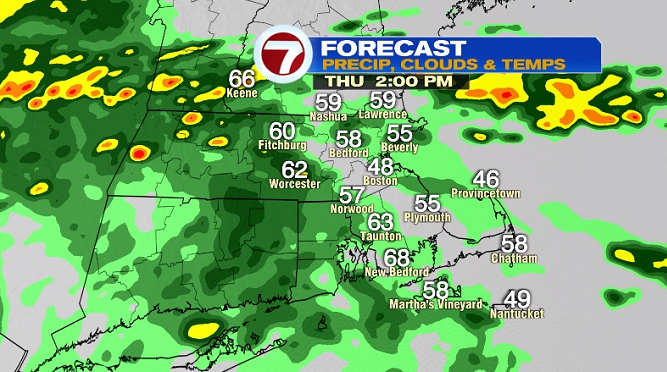 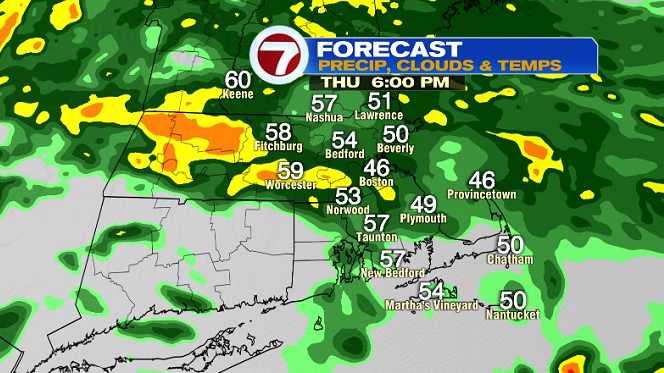 For our coastal communities, minor flooding is possible around the high tides overnight tonight and into the early Friday morning.   A Coastal Flood Advisory has been issued. 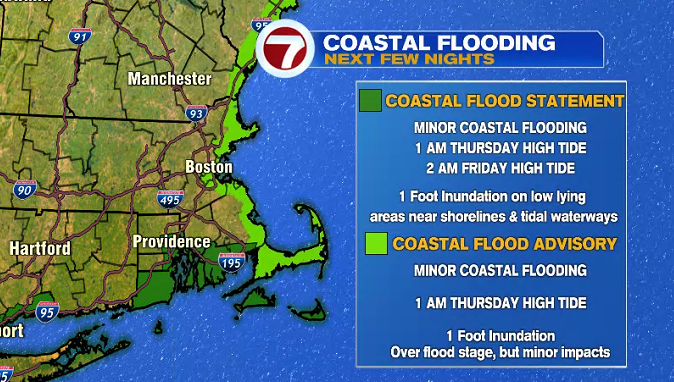 As the system that brings this rain meanders over the region into Friday morning, that means a few showers linger early Friday before it clears out and dry weather settles in for the end of the week and into the weekend. 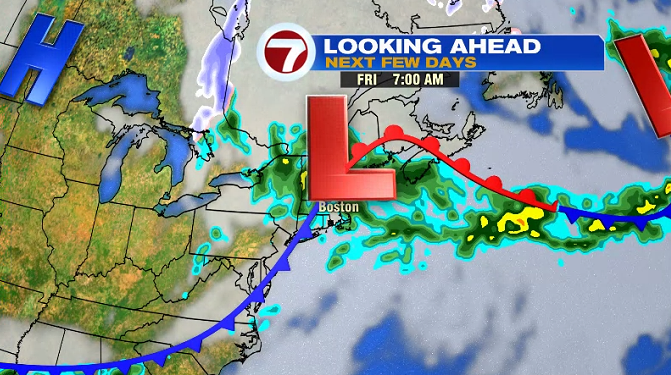 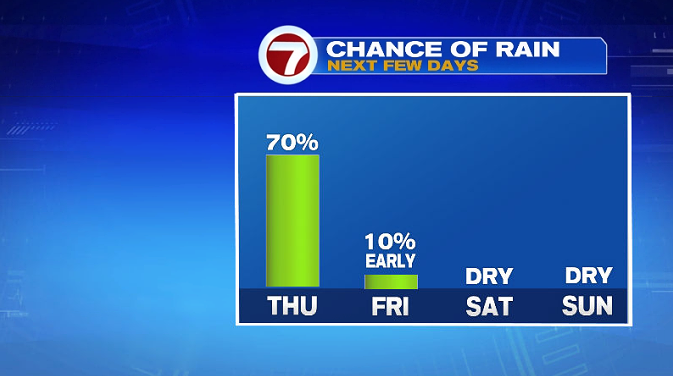 By 7AM Friday, the showers will be isolated to the Cape and Islands before clearing out by late morning. 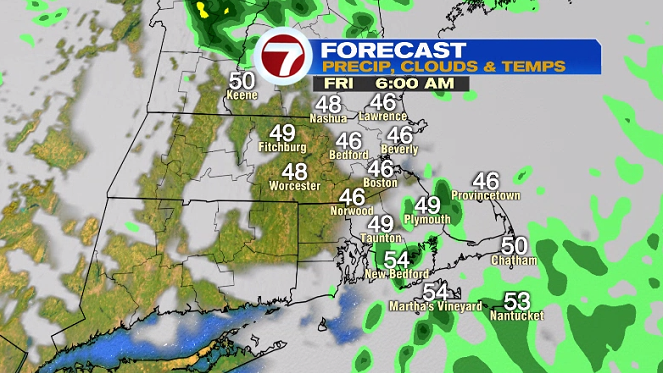 We’re dry Friday afternoon and into the weekend, which will cause our pollen count to rise. 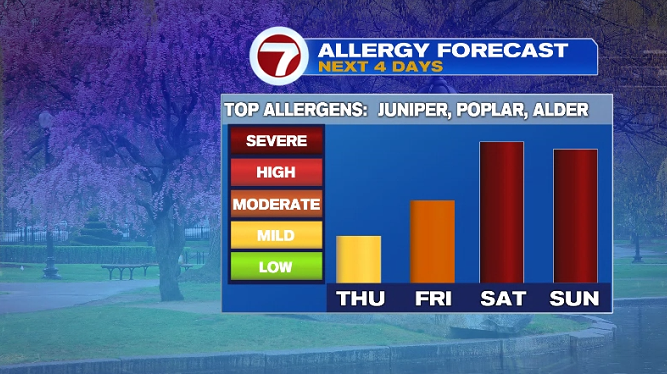 Both weekend days are partly cloudy, with more wind on Saturday, and higher temperatures Sunday making Sunday the pick of the weekend. 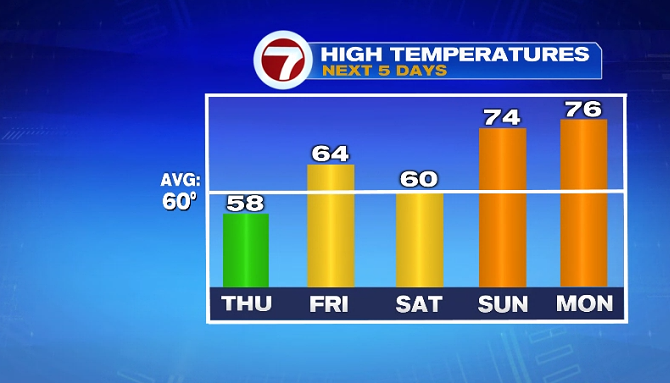 The 70s we see for the second half of the weekend stick around for a part of the work week.  Both Monday and Tuesday see highs in 70s, both a spot shower is possible both of those days. 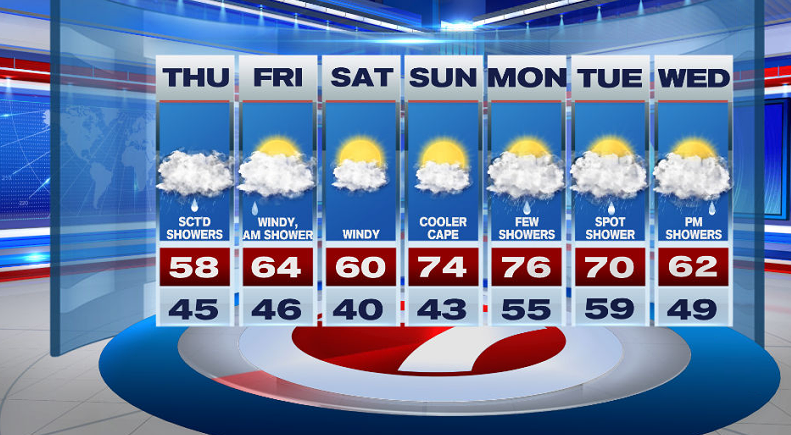