A mild and muggy start greets us on this Tuesday morning with temperatures running a good 10-15 degrees warmer in many of the suburbs vs. the early morning start we had Monday. More clouds are also in the mix as just a few isolated showers have dropped overnight/early this morning as well. As the day goes on scattered showers and storms develop and become more numerous. Still, with that said, they will be hit or miss, so not all towns see a good soaking. 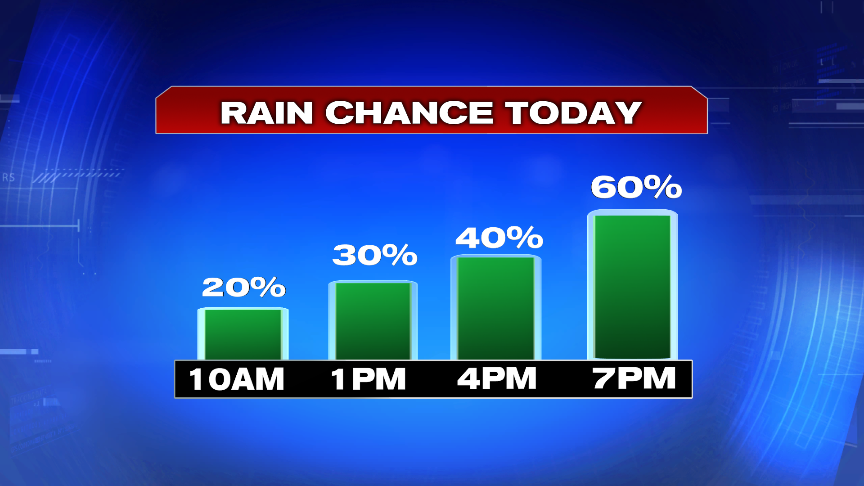 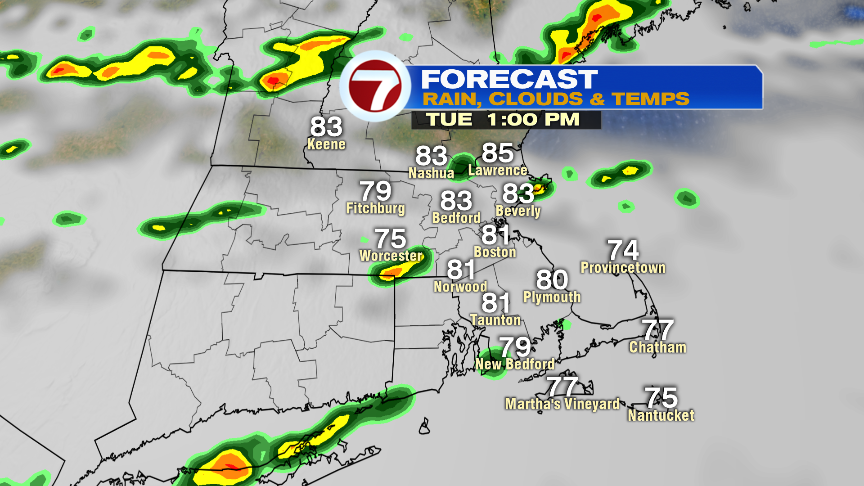 With quite a bit of water vapor to work with, showers and storms will be capable of localized downpours with some towns picking up a quick 1″ or so of rain. It’ll also be worth watching SE Mass this evening, as a band of very heavy rain likely develops near the south coast of New England. If that band lines up over parts of Southeast Mass, a quick 2″+ inches of rain will fall, prompted some street flooding issues. If the band is a bit farther south, then it’ll stay just offshore. 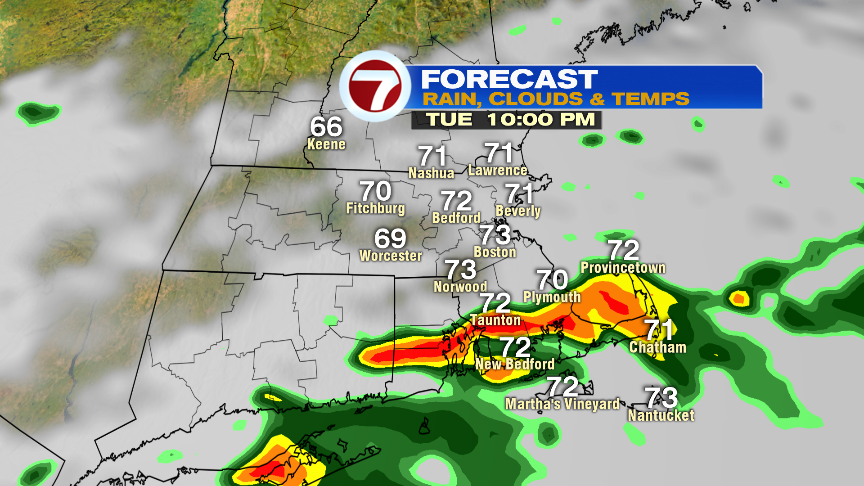 Below is a map that shows rainfall totals. It’s just one models guidance, but give a general idea of the theme of the day/evening where rainfall totals vary a lot from location to location. 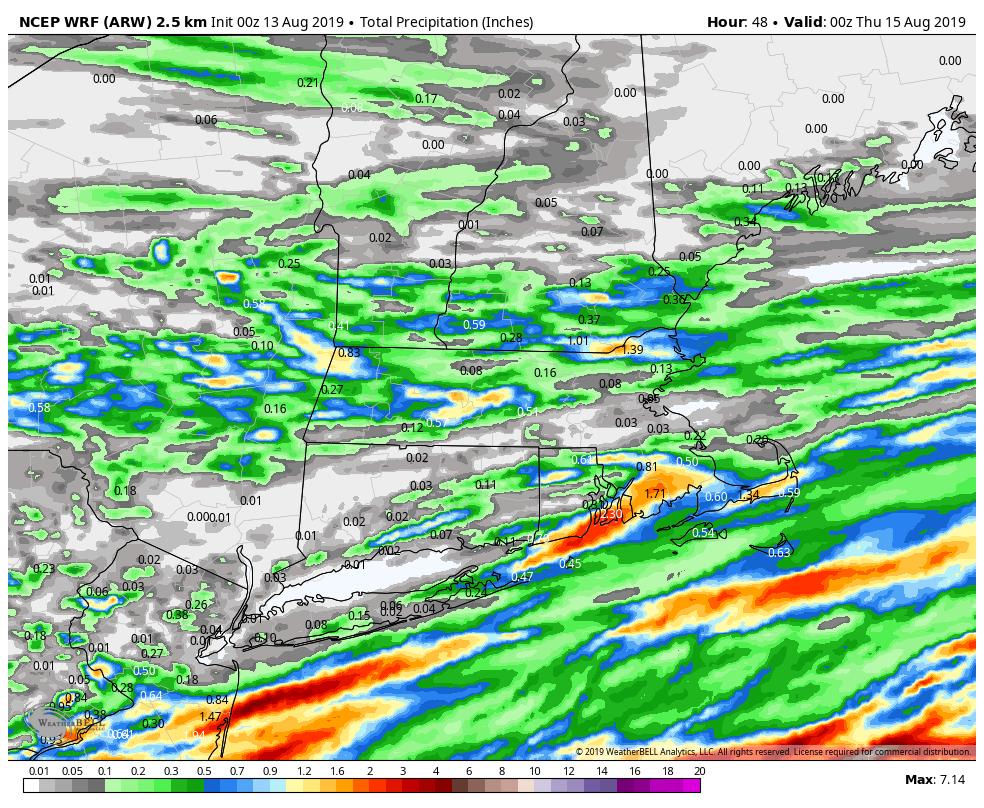 Early showers taper off tomorrow morning and lower humidity and cooler temps work back in. Late week-Saturday, occasionally there will be a pop-up that favors inland communities, but we’ll also have many dry hours with afternoon temps in the 75-80 range. Sunday is a bit warmer with a few late-day showers/storms possible.