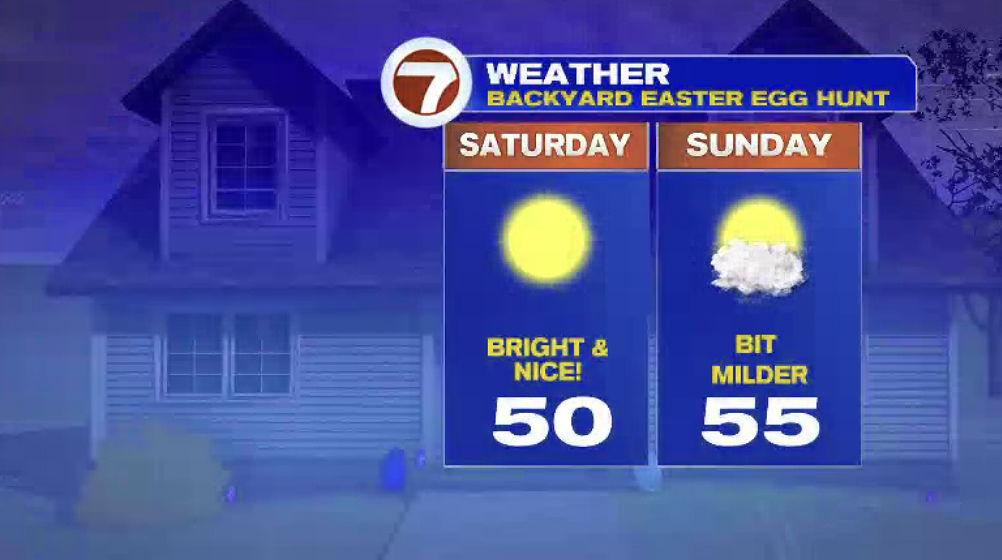 We saw the sunshine return today alongside a chilly breeze with highs in the low 40s.

Tonight, under partly cloudy skies temperatures will dip into the 20s for many locations, so be sure to bundle up for your Friday night plans. 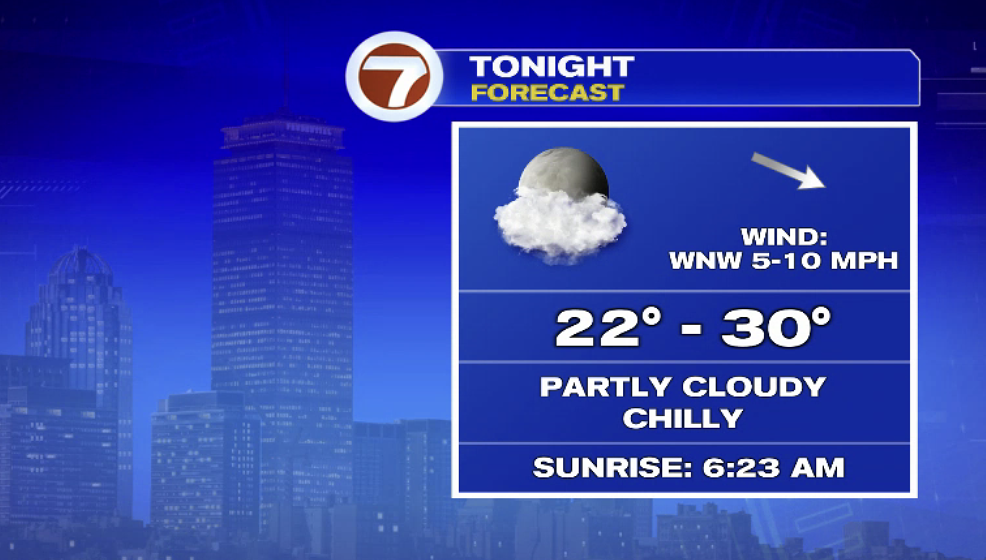 The sunshine we saw today will be sticking around for the holiday weekend, but at least temperatures will be closer to seasonable by early April standards. 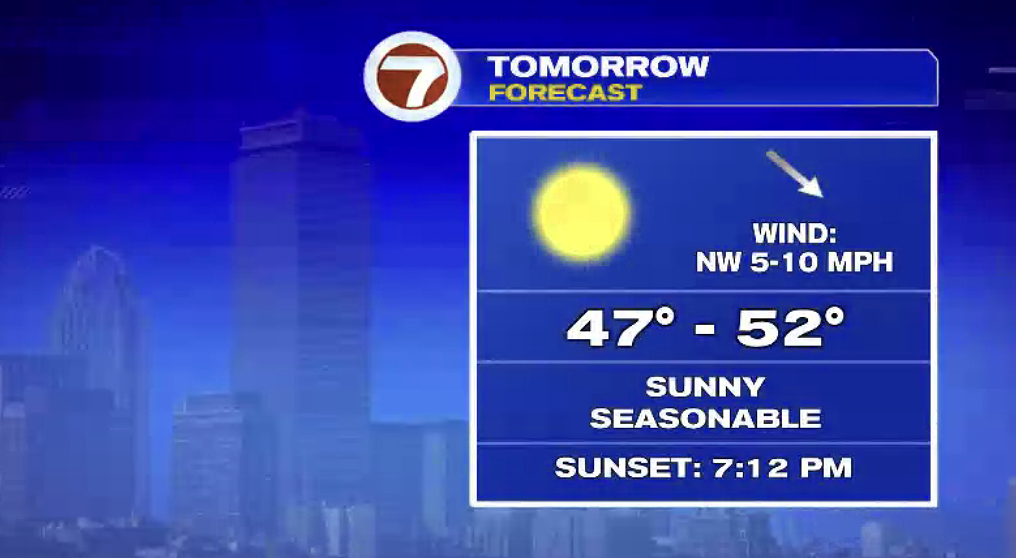 After a chilly start tomorrow morning, temperatures rebound to around 50 in the afternoon. 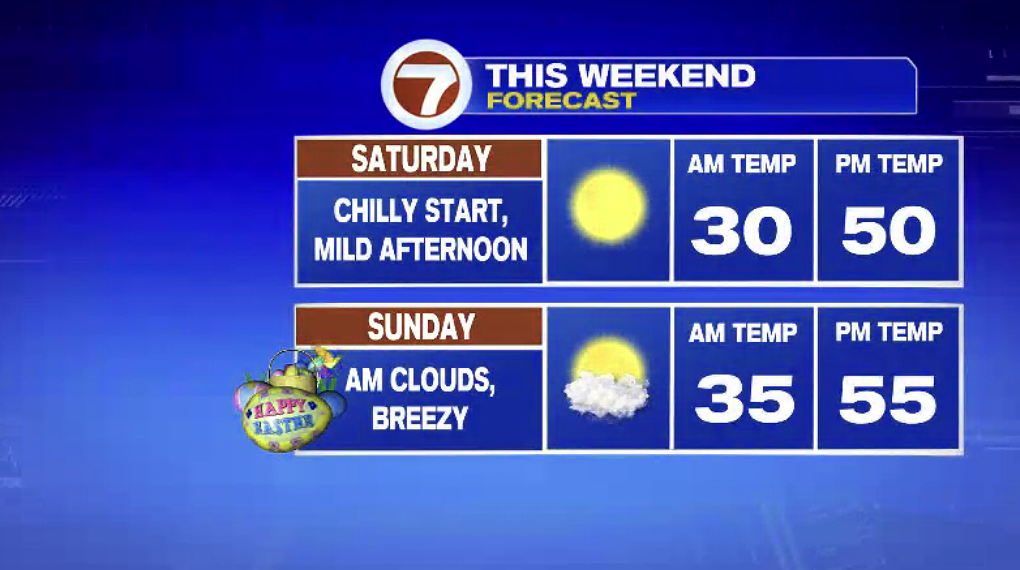 Easter Sunday is a bit milder and breezy under partly cloudy skies.  Overall, both weekend days are great for spring baseball. 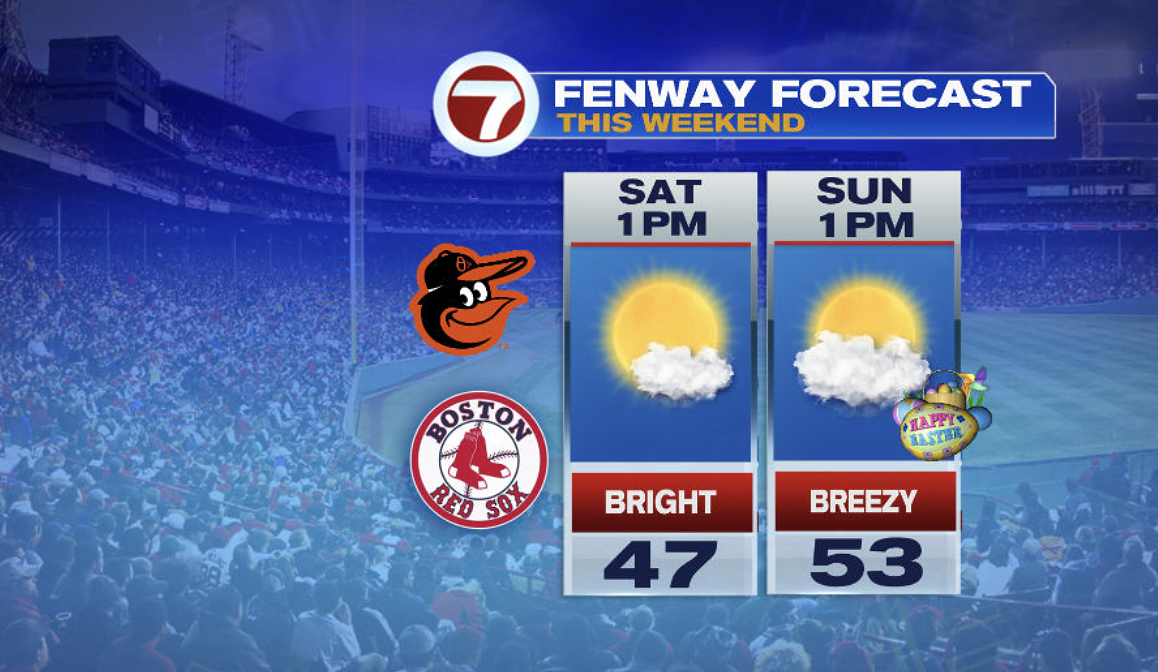 Monday brings a few more clouds associated with a system out at sea, which could also bring a few light showers at the coast, but the bulk of the 7-day forecast is dry. 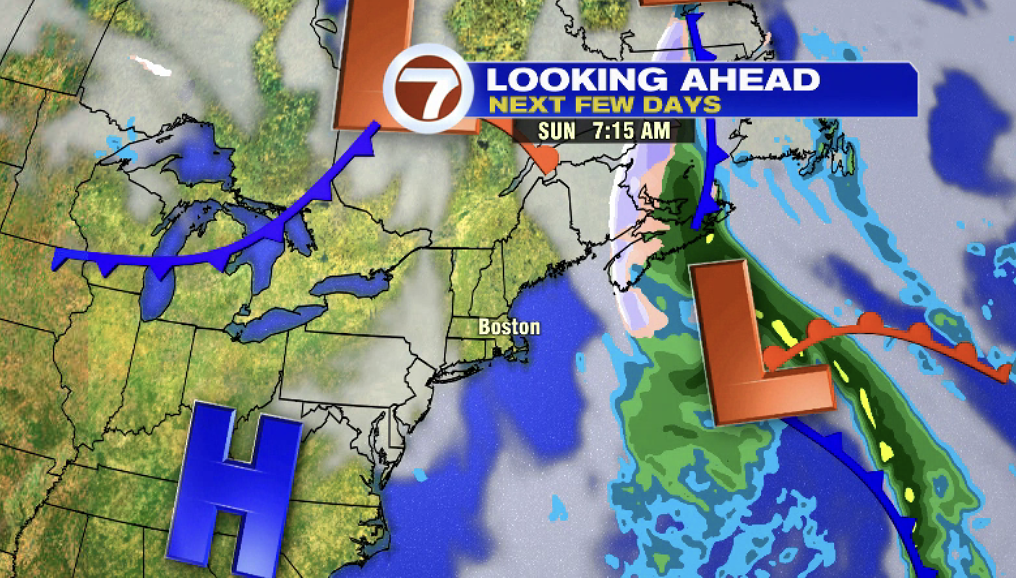 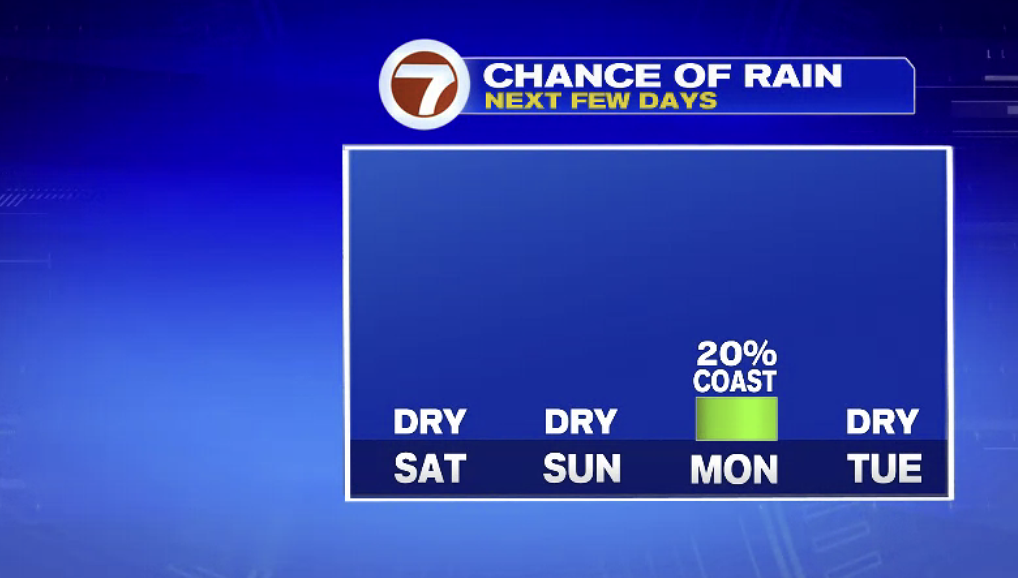 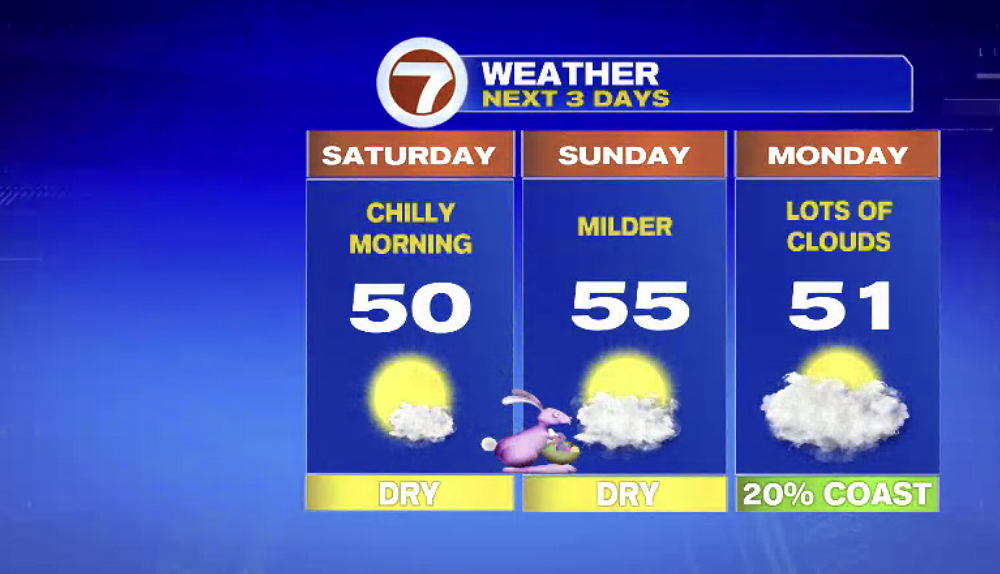 With dry conditions dominating the forecast, that means the pollen count will be on the rise through the weekend and into the start of the next work week. 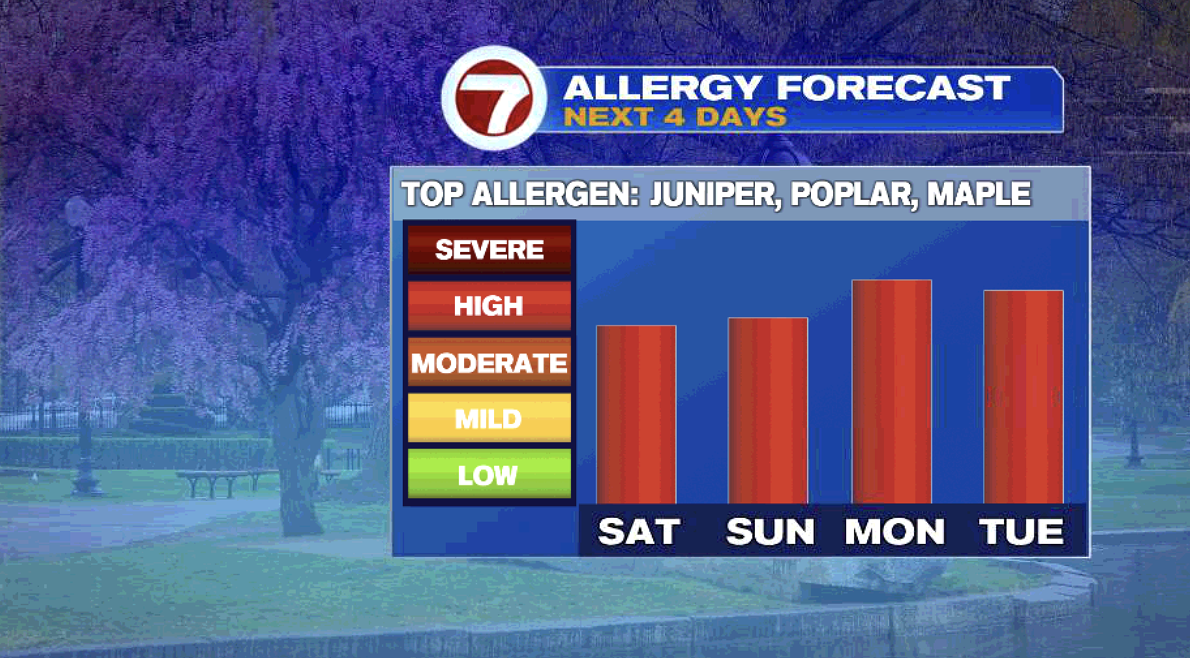 In typical spring fashion for southern New England, we have highs into the upper 50s through much of the week, with cooler temperatures expected at the coast due to an onshore breeze that develops. 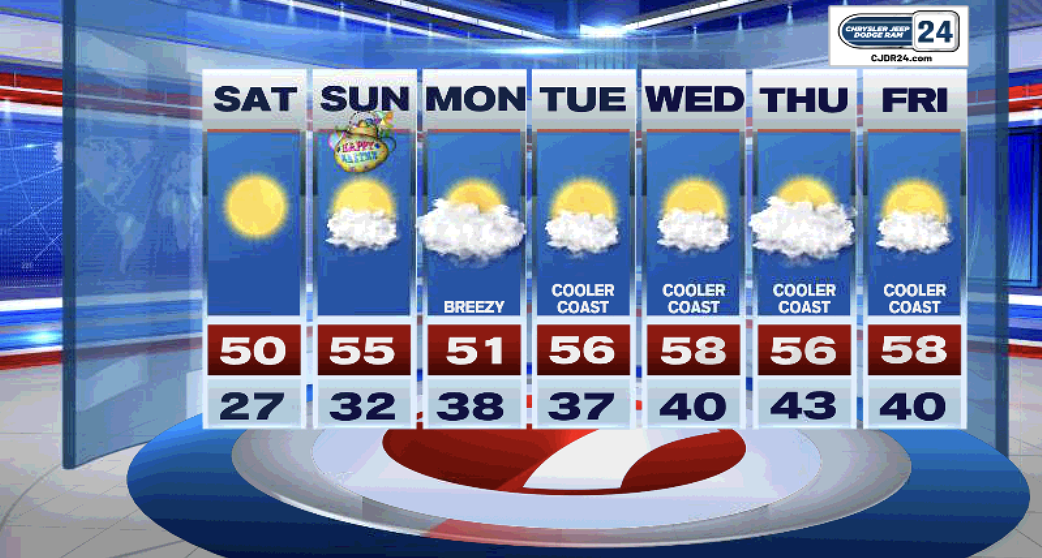