15 of 21 deaths at Holyoke Soldiers’ Home linked to coronavirus

Nurse struggled to get tested and worked while infected with coronavirus

Where are the coronavirus cases in Mass.?

We’re waking up to another quiet start this morning as more clouds have moved in, but temps overall are running about 10 degrees above average. While many of us stay dry, we’ll track a few sprinkles, or light shower across far Southeast Mass mid to late morning, however, the rain won’t amount to much. That’ll change later this week. 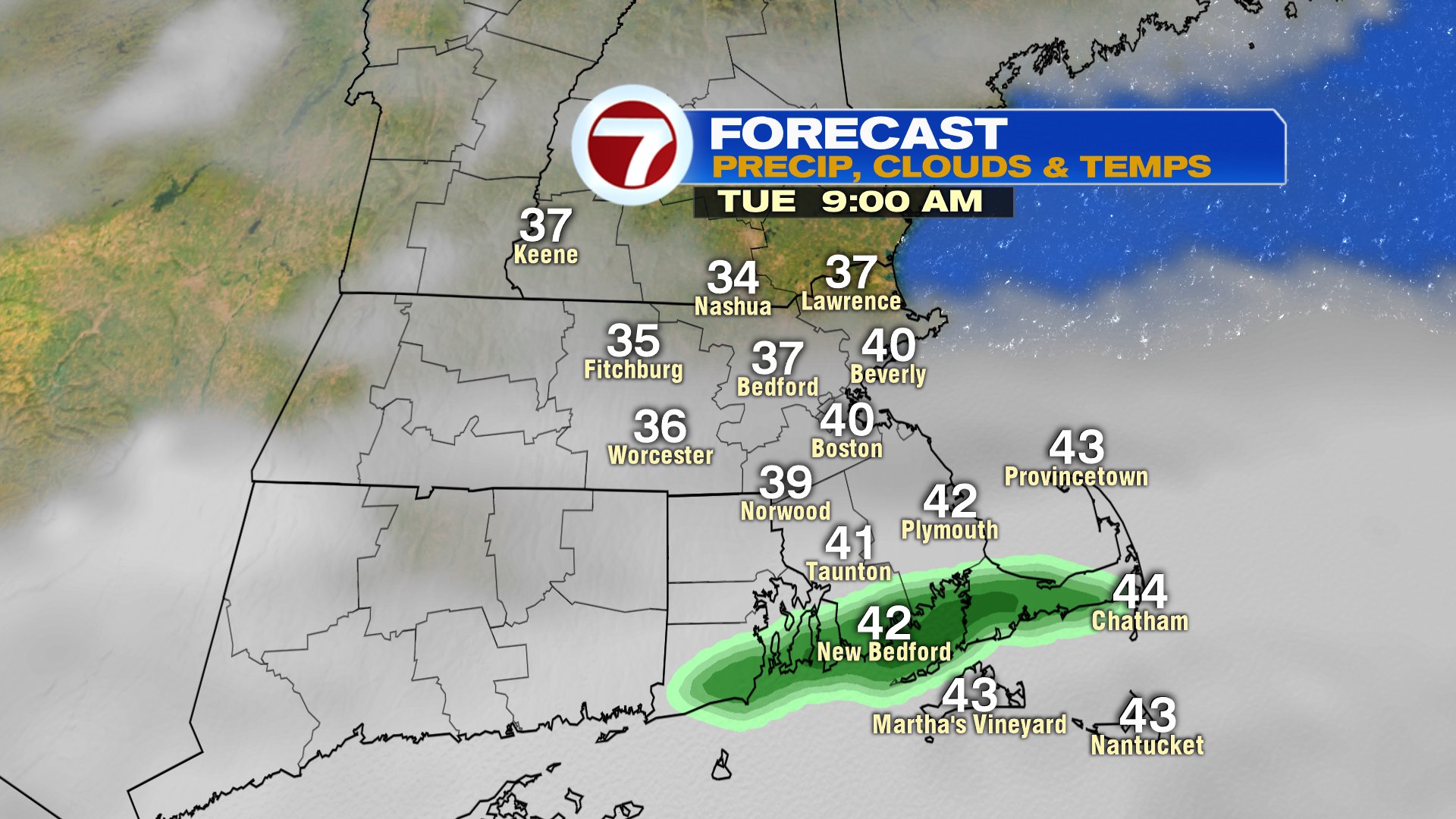 Temps this afternoon run 45-50 with clouds and breaks of filtered sun. 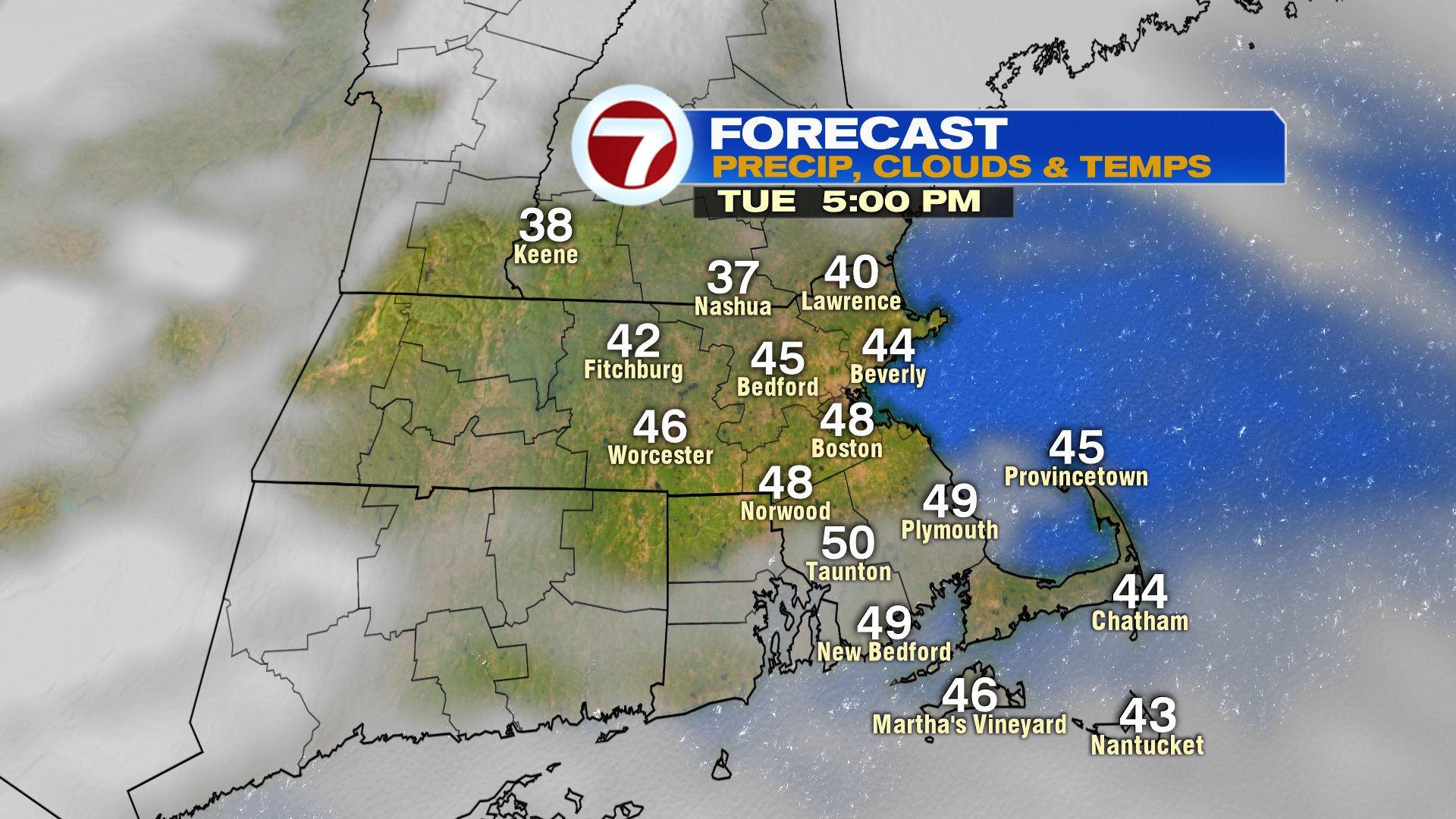 After a few spotty showers south of the Pike tonight, tomorrow features more dry air. This go around, you’ll notice it’s quite a bit cooler with temps holding in the mid to upper 30s as seasonably chilly air slides in. 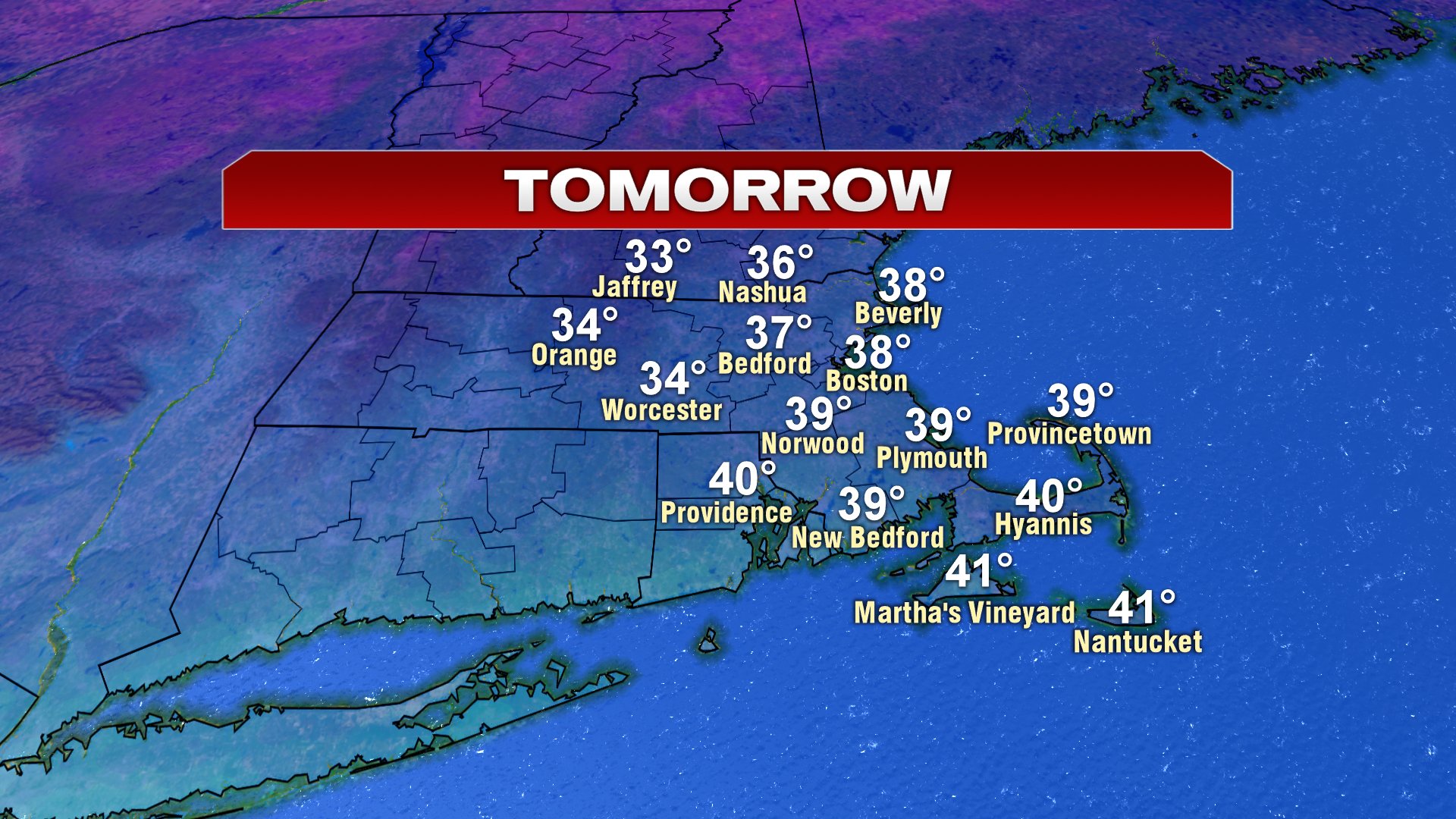 That cool, dry air will set the stage from the next storm to start as snow/sleet across southern New England. While storm totals won’t be impressive, the snow/sleet start predawn and lingering into the morning commute, will be enough to impact that morning commute. 1-3″ of snow/sleet is likely northwest of Boston with under an 1″ from Boston, south. 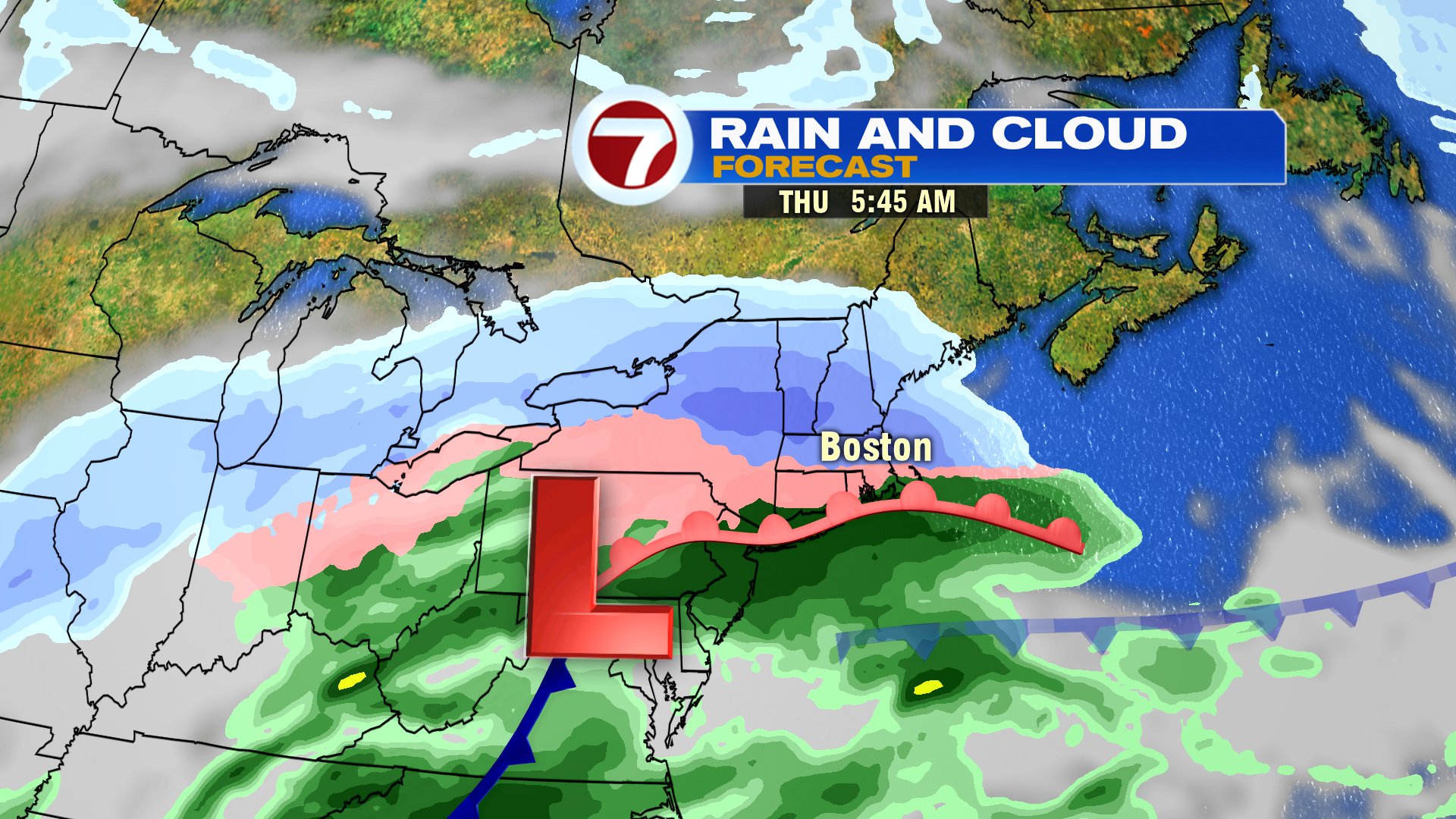 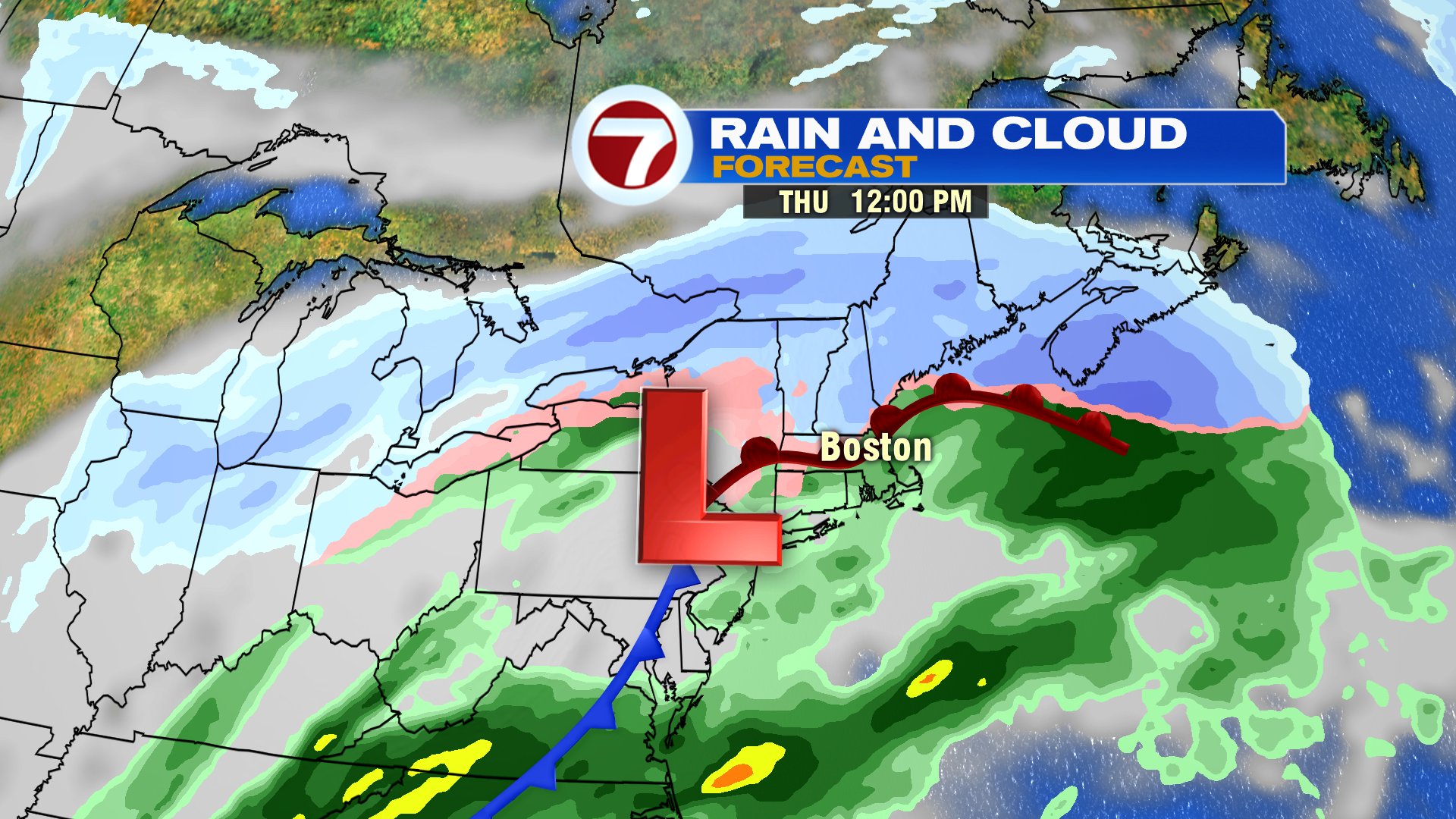 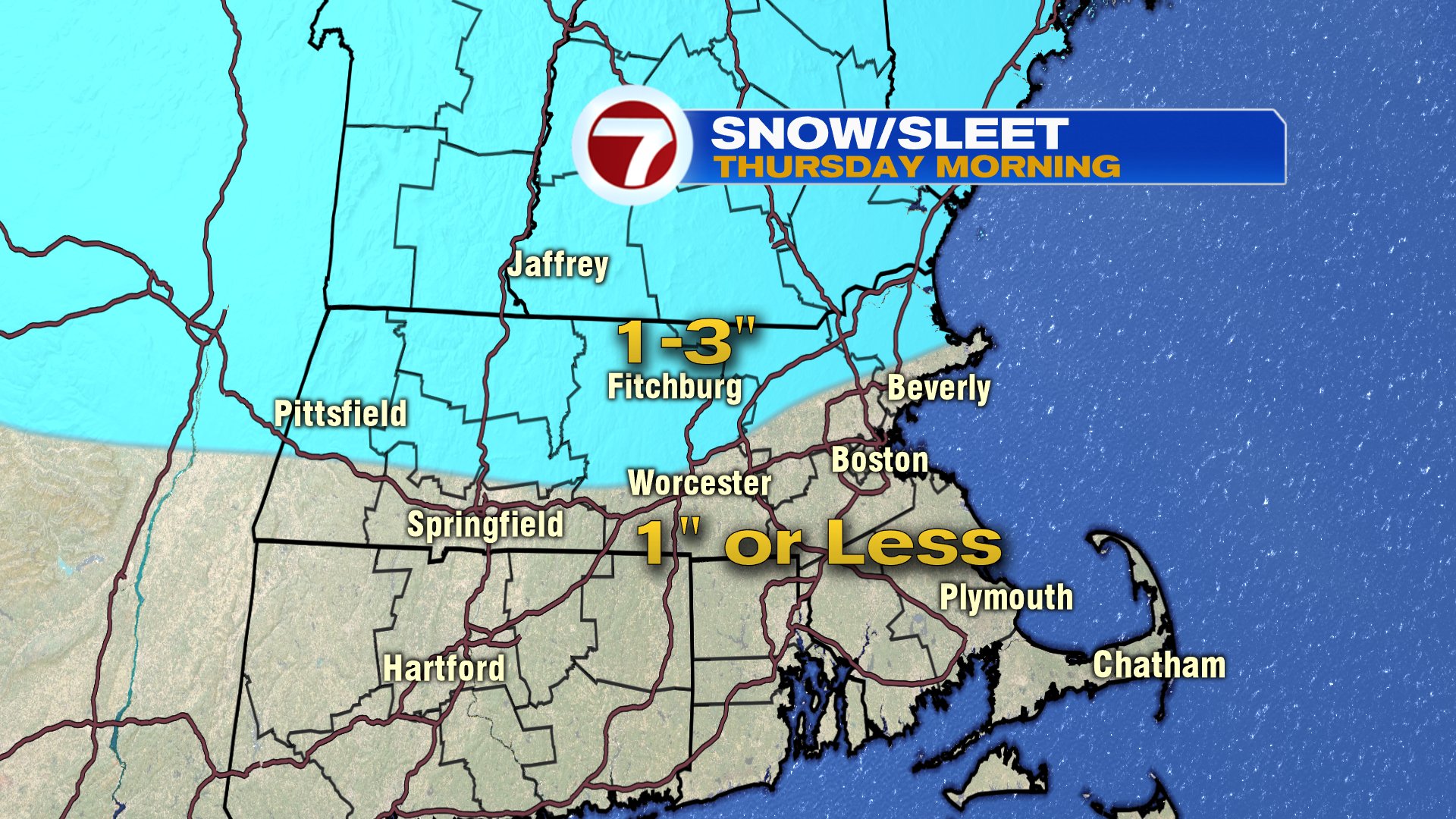 Snow and ice goes to rain for much of the area by Thursday afternoon, and a secondary wave of low pressure moves in Thursday night/Friday morning. This one will have some juice to it, providing heavy rain at times early Friday morning. Much of the area picks up 1-2″ of rain with locally higher totals possible in Buzzards Bay/Cape and Islands, where even of rumbles of thunder and gusty winds are likely. 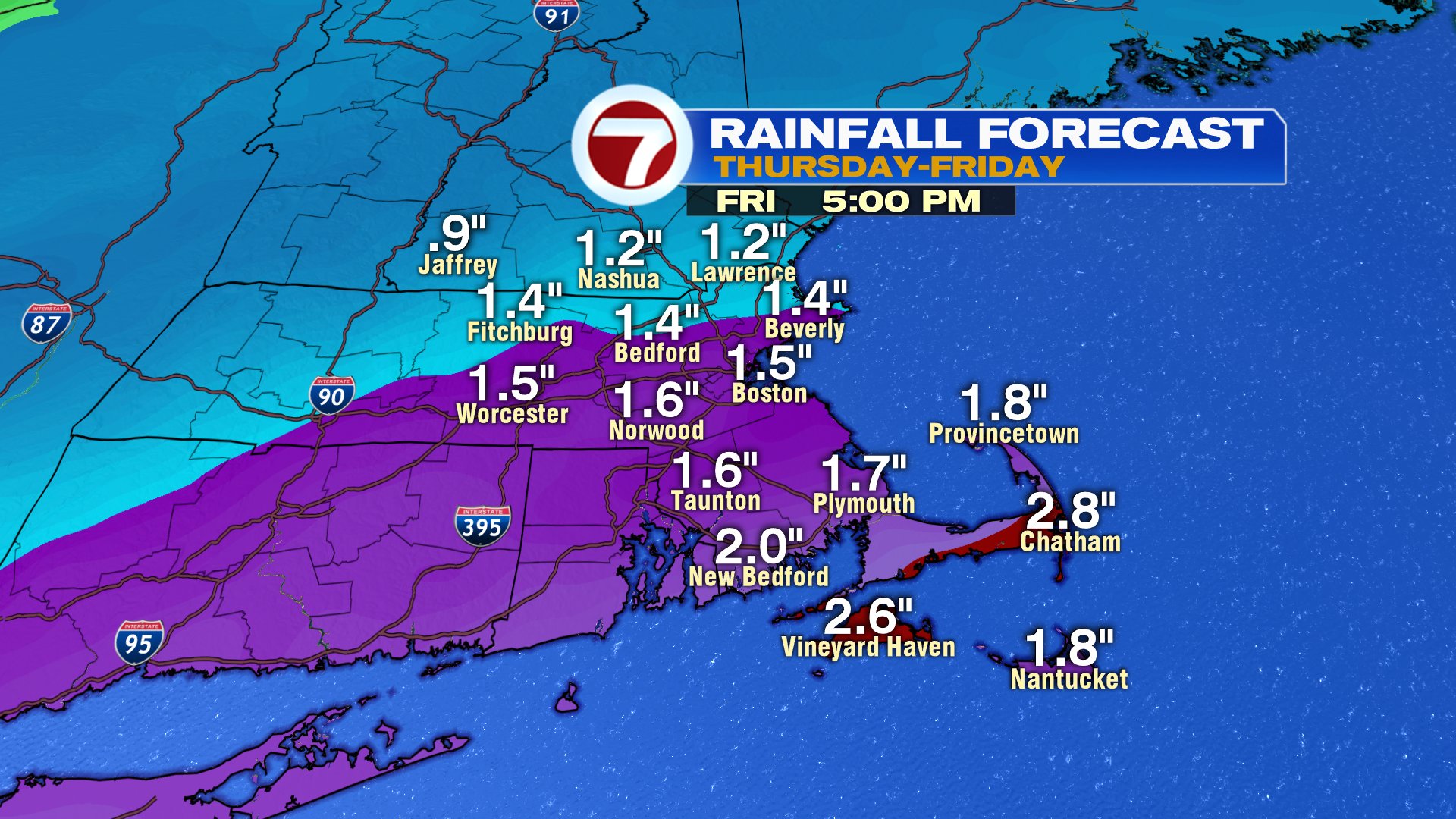 Rain tapers off Friday afternoon, leaving Friday night and Saturday dry. Sunday, we’ll watch another wave of low pressure slide just to our south. If it’s close enough, it’ll provide some afternoon/evening snow. We’ll keep an eye on that as the pattern certainly seems move active over the next couple of weeks. 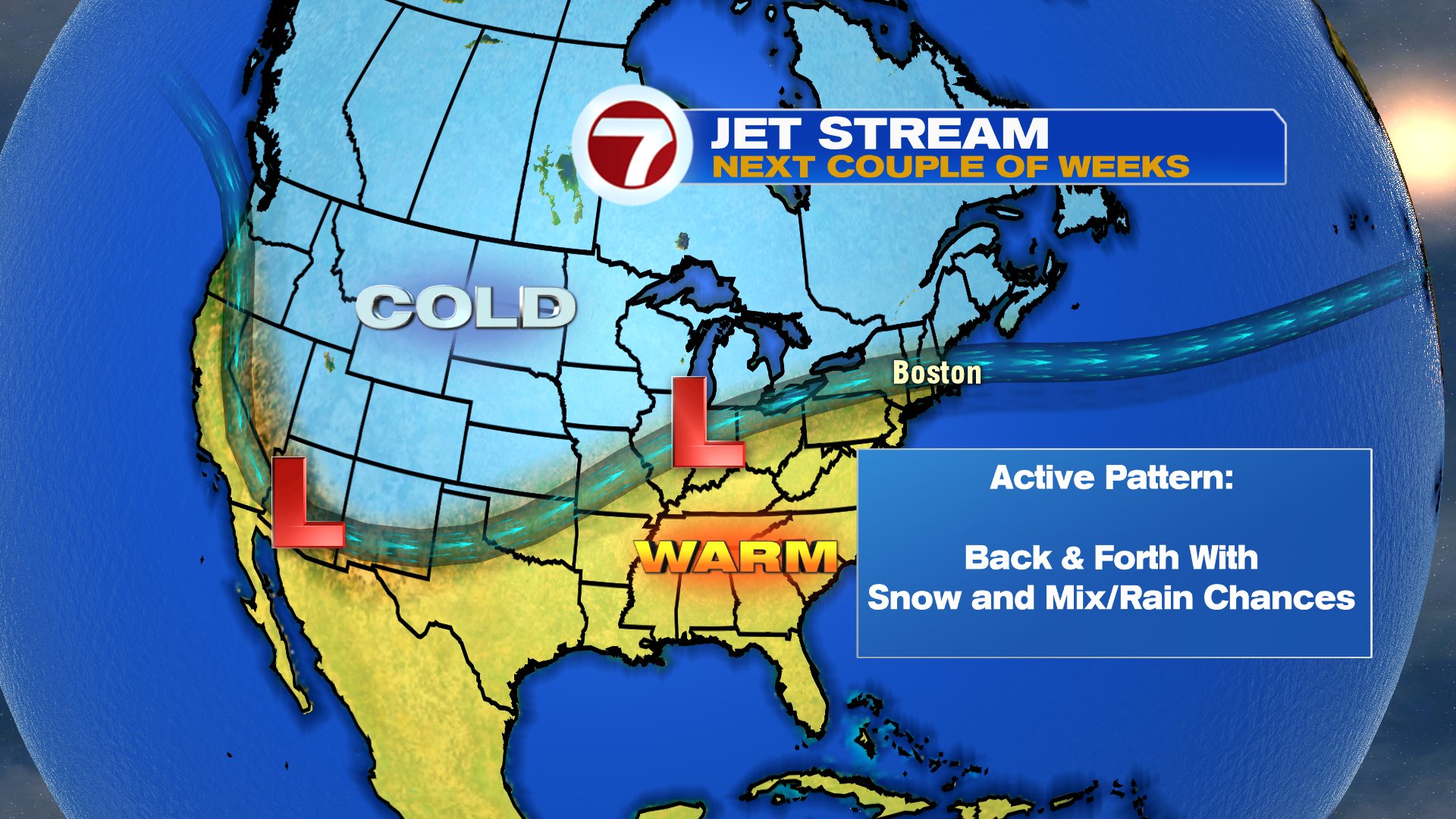