Hazy (smoky) skies prevail this morning as enough sunshine gets through to warm us up. Temps this afternoon will feel summery, as highs run in the upper 70s to near 80. Clouds increase this afternoon and skies cloud over tonight as a cold front approaches.

A few light showers move through tonight, into early tomorrow morning, with most towns picking up less than 0.10″ of rain. A few locations near the south coast could exceed that, but it’s not a drought buster for sure. 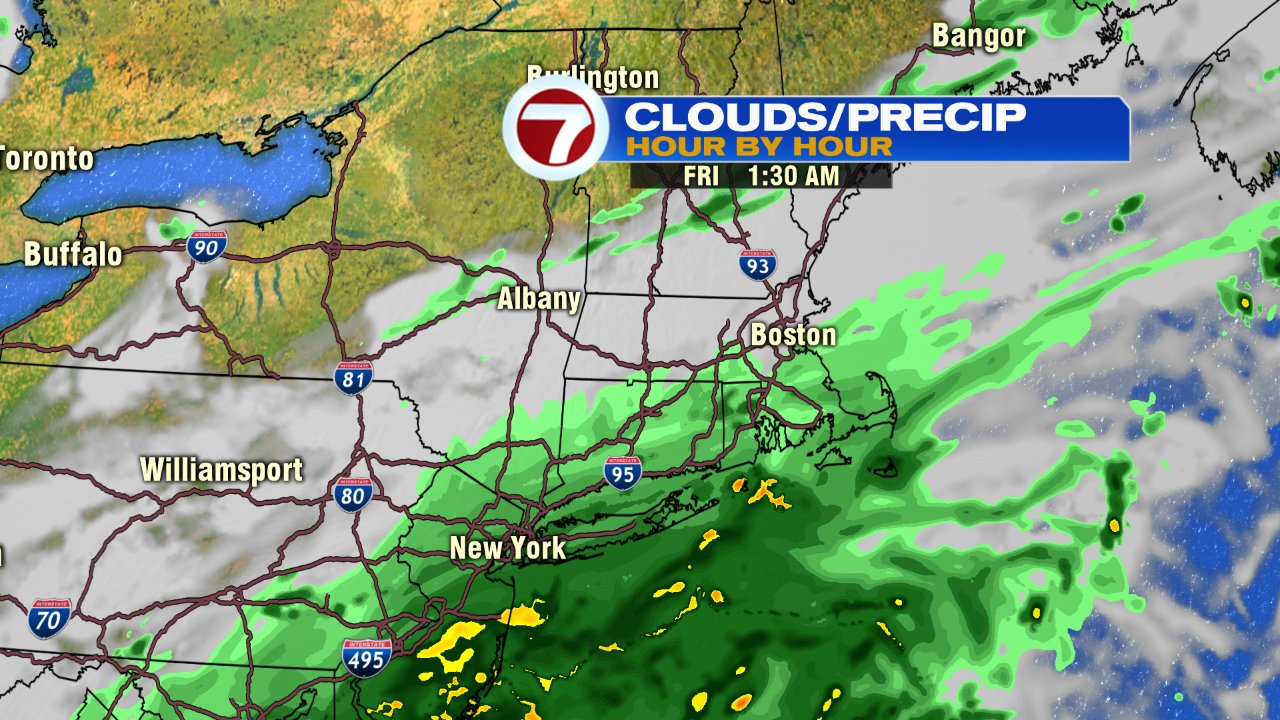 Clouds hang tough through tomorrow morning as a chilly breeze takes over and temps hold near 60. We’ll have more sun in the afternoon northwest of Boston and more clouds across Southeast Mass. The weekend clears out, but it’ll be chilly with highs near 60 and lows in the 30s and 40s Sunday morning. We’ll likely see some patchy frost in the colder suburbs Sunday morning. 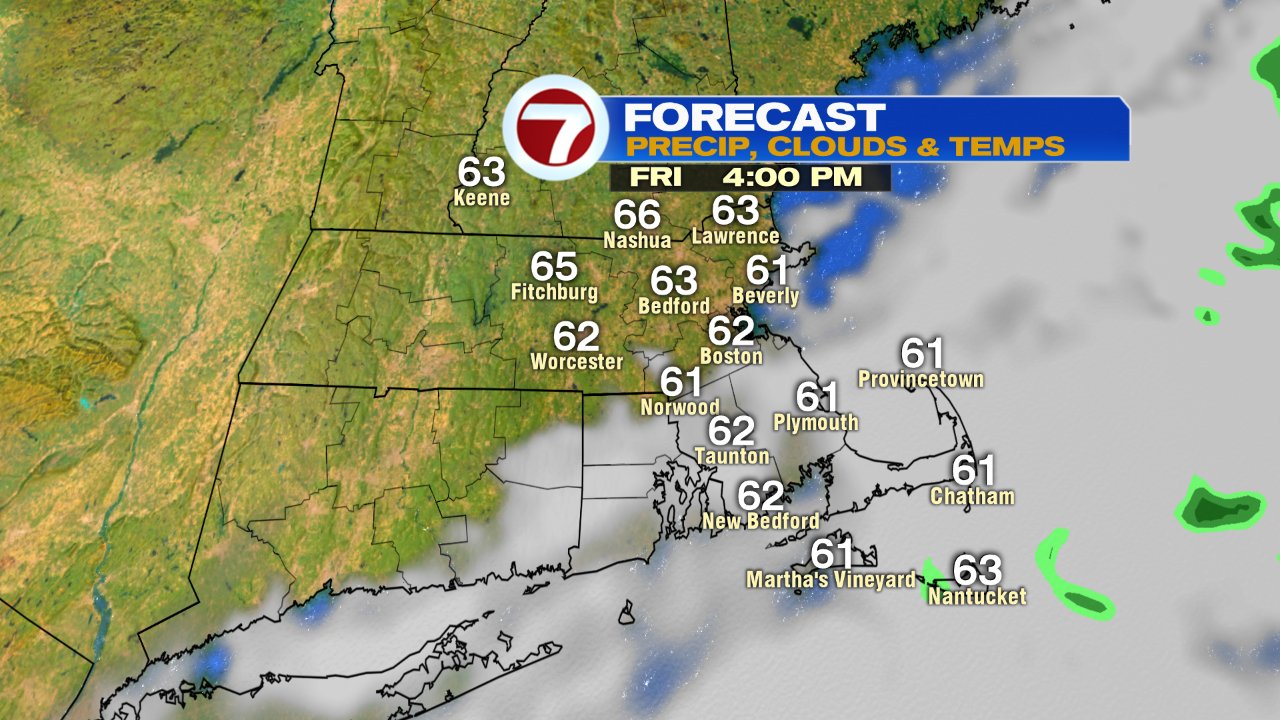 The tropics are active with two areas to watch closely. One, a disturbance in the Southwest Gulf of Mexico that’ll likely develop into a tropical storm within the next couple days, and the second one, Hurricane Teddy. 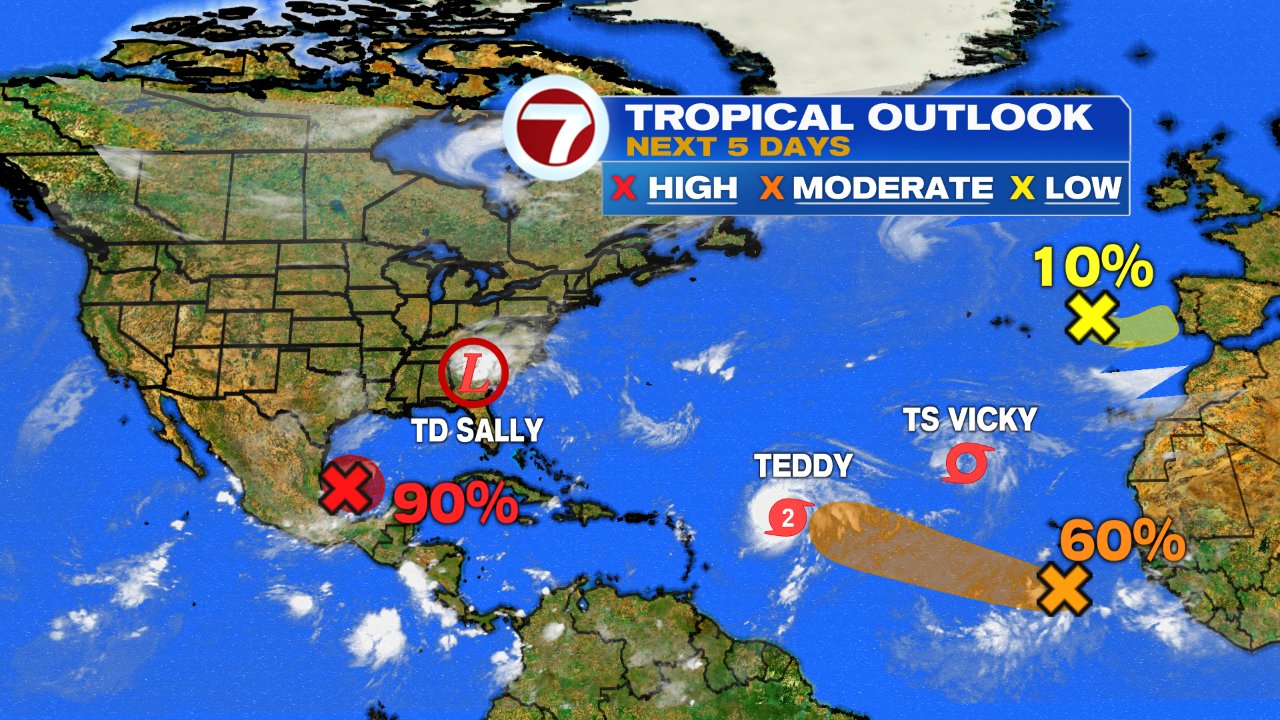 Teddy will track close to Bermuda Monday morning, and then move north early next week. An upper level trough will likely slow Teddy down and pull it a bit westward on Tuesday, closer to our coast. While I don’t expect a direct impact here, it’ll be close enough to at least through back big waves, rough seas, and minor coastal flooding and beach erosion thanks in part to astronomical high tides. Worth keeping an eye on for a closer pass at least, although the risk for heavy rain and damaging wind gusts are higher across Nova Scotia and Newfoundland. 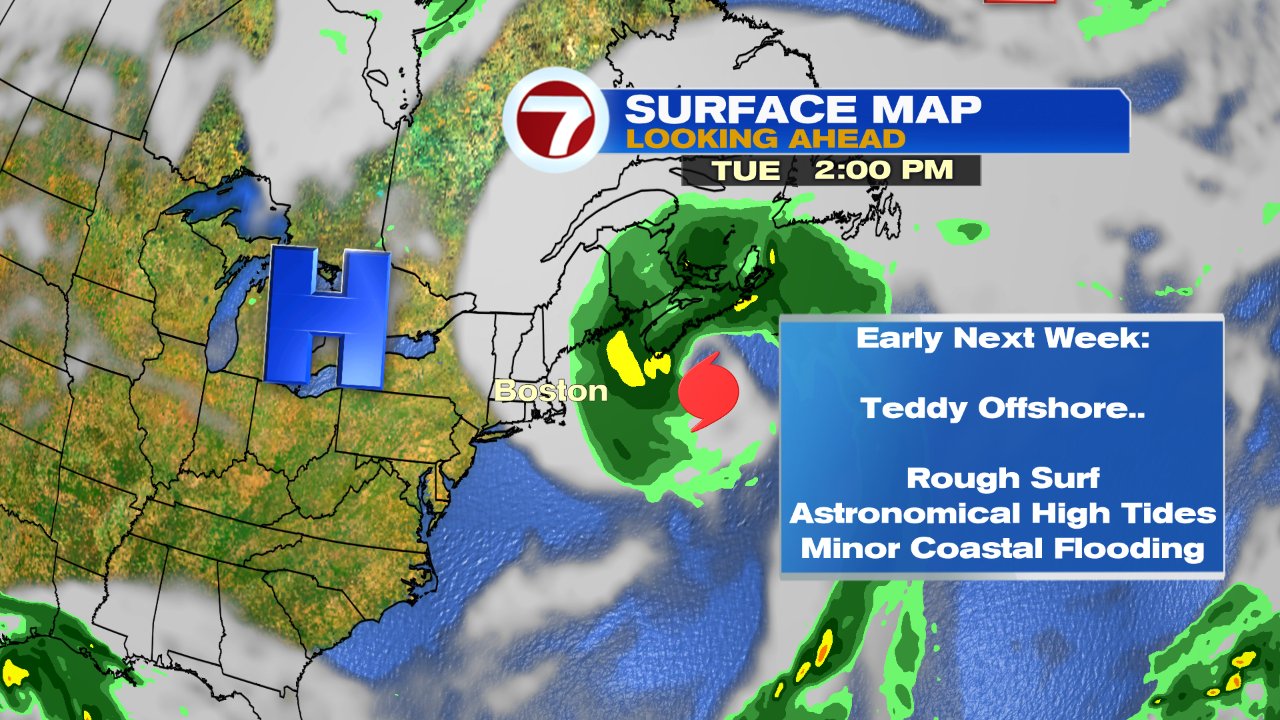