While we have a few brief early morning showers/sprinkles to blow through, overall, we’ll see improvements today as temperatures head for 50 degrees and sunshine returns late morning, and lingers through the afternoon. A cool breeze prevails at 10-18mph, but the direction is from the northwest, which will scour out that cool, damp marine layer that worked in yesterday. Tomorrow, the breeze is lighter by the afternoon, but it’ll also allow for localized sea breezes to kick in. Overall, Thursday is a solid day with highs near 50 and game time temps for the Sox running in the mid to upper 40s. Hopefully, they can get back on the winning track. 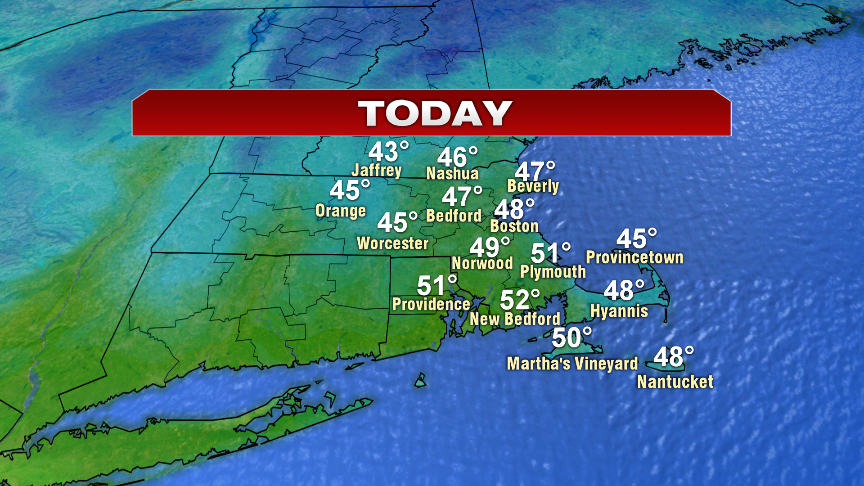 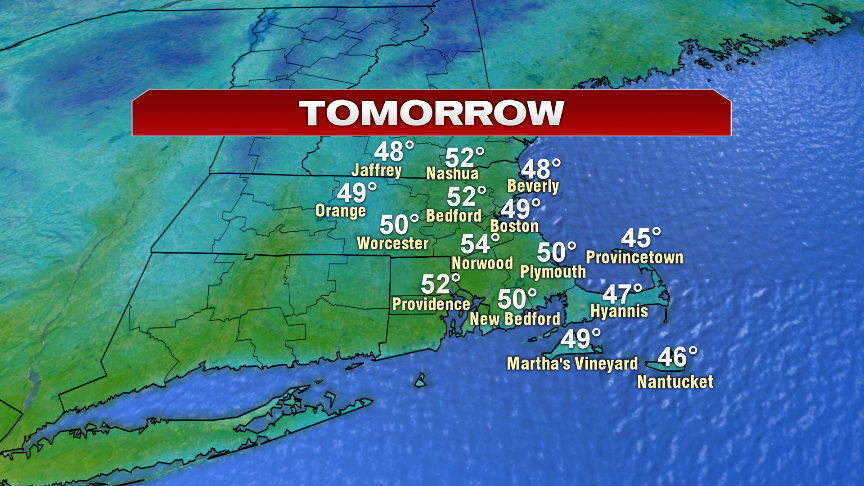 The weather warms up heading into the weekend, but we’ll also track some showers Friday night, into Saturday morning. Saturday late morning to afternoon will see improvements as highs run mild, into the 60s to near 70. The best chance of hitting 70 will be across the Merrimack Valley and Southern New Hampshire, where it dries out and brightens up the fastest. Sunday looks mild, in the 60s, but clouds advance back in during the afternoon and showers are likely by late afternoon or in the evening. Rain will be heavy at times for Marathon Monday morning, but if the systems fast enough, could taper off by midday. We’ll watch that system closely, but right now, it looks cool and wet for a good chunk of the day.