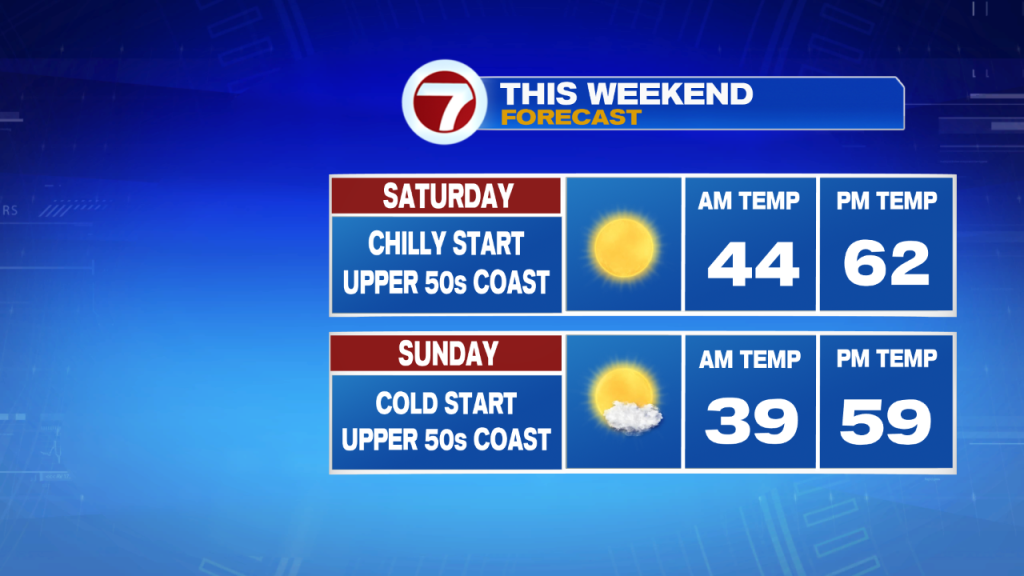 Today, we certainly noticed the cooler, fall-like temperatures along with the mainly cloudy skies.  Those clouds will clear out tonight, allowing for temperatures to take a nosedive overnight. 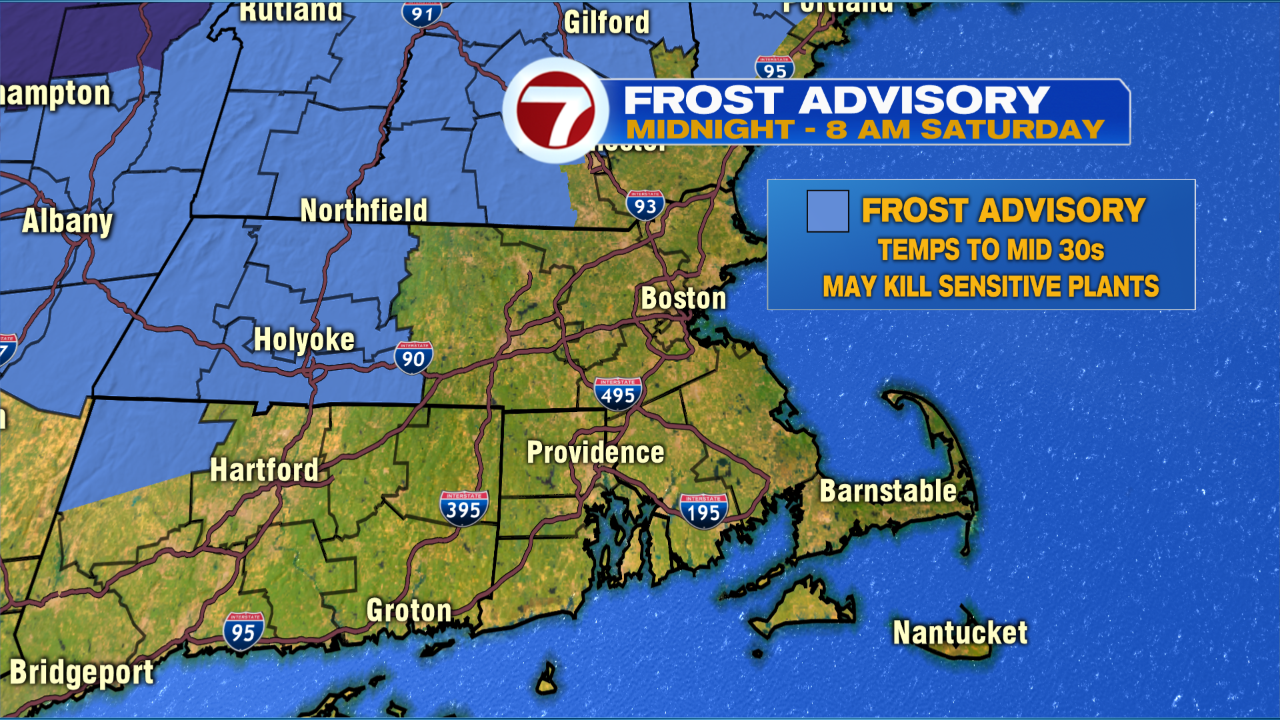 For both Boston and Worcester, it’s been over 120 days since we’ve seen overnight lows in the 30s (May 13th to be exact), so if you’re heading out early on either weekend morning, be sure to have the extra layers (sweater weather, for sure).

Saturday’s highs will rebound back into the low 60s inland, 50s at the coast due to an onshore breeze.  With that breeze, it will be windy at times, and that will churn up the seas.  If you’re planning on heading to the coast, the rip current risk will be high for the weekend, so advise to just stay out of the water. 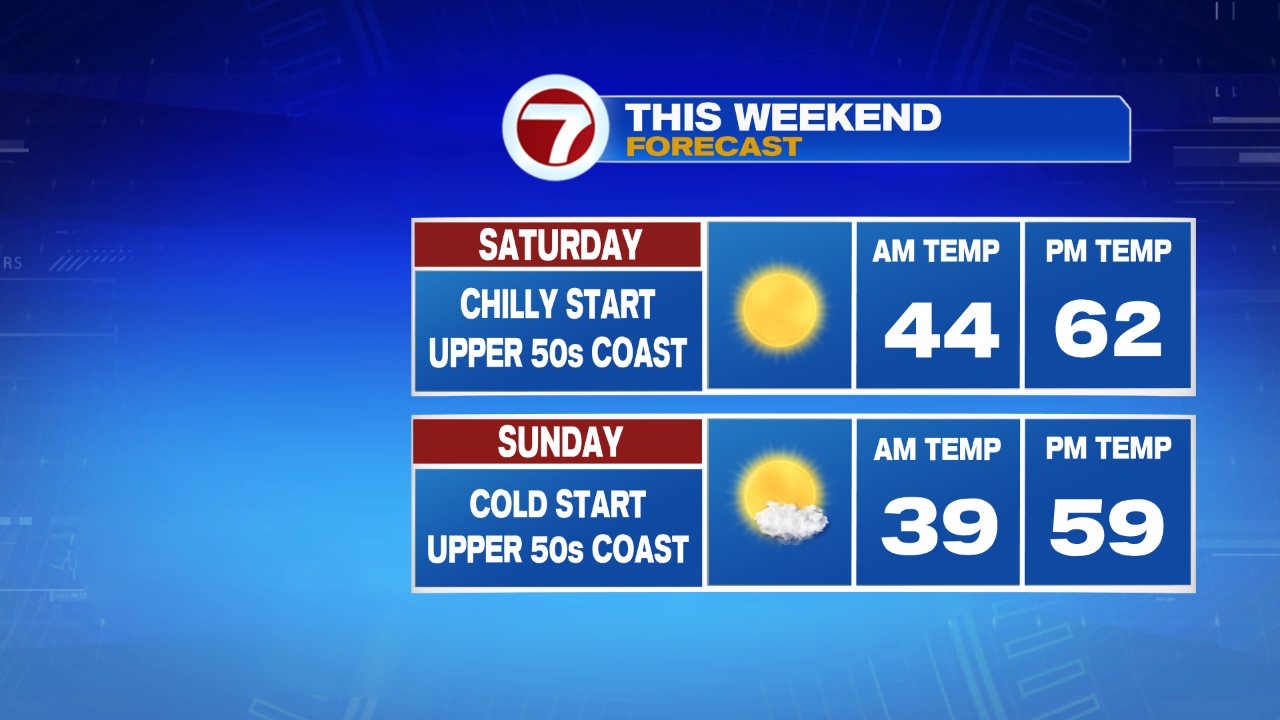 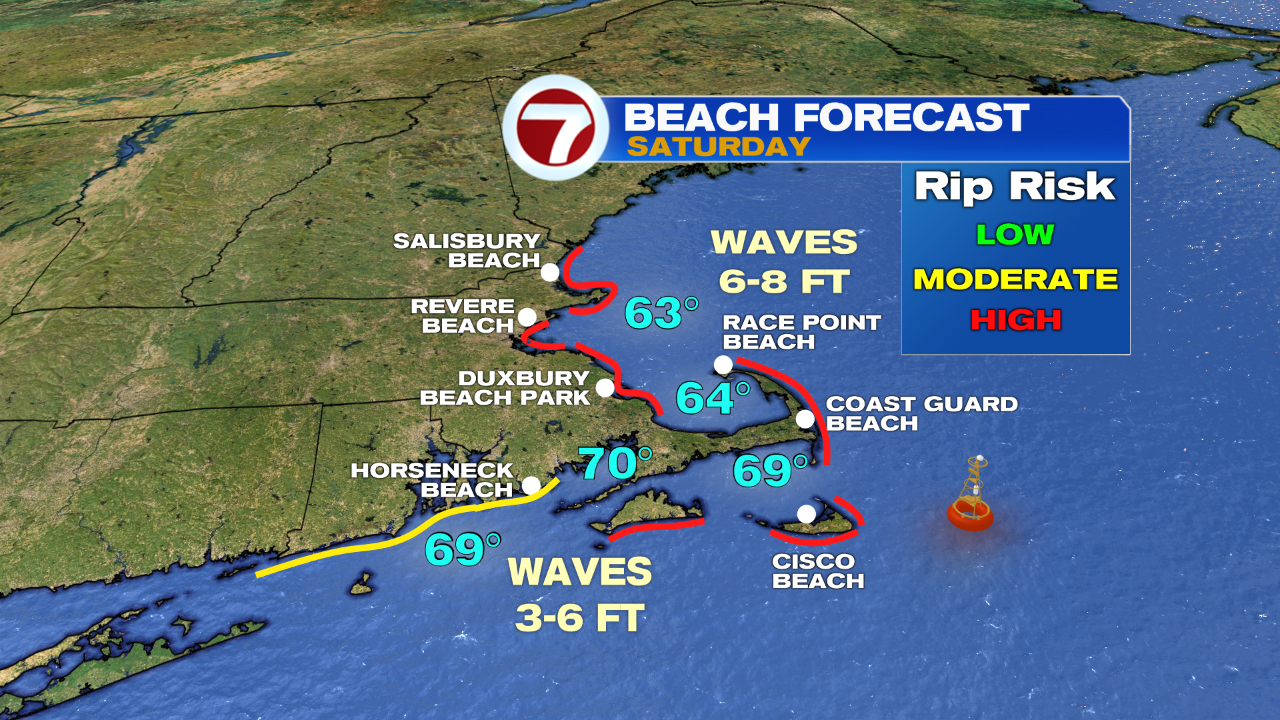 Sunday’s highs only stretch into the upper 50s under mainly sunny skies, great for any of your fall festivities that you have planned, whether you’re going for a hike or apple picking, it will be a top notch New England weekend (especially if you love the cooler temperatures reminiscent of mid-October).

As temperatures turn cooler through the weekend and into the start of the next work week, as we approach the first day of fall of Tuesday, the tropics have been heating up.  We have officially exhausted the 2020 Atlantic Hurricane List and have moved onto the Greek alphabet for any tropical storms that develop through the end of the hurricane season.  Today alone, we saw the formation of Wilfred, Alpha, AND Beta. 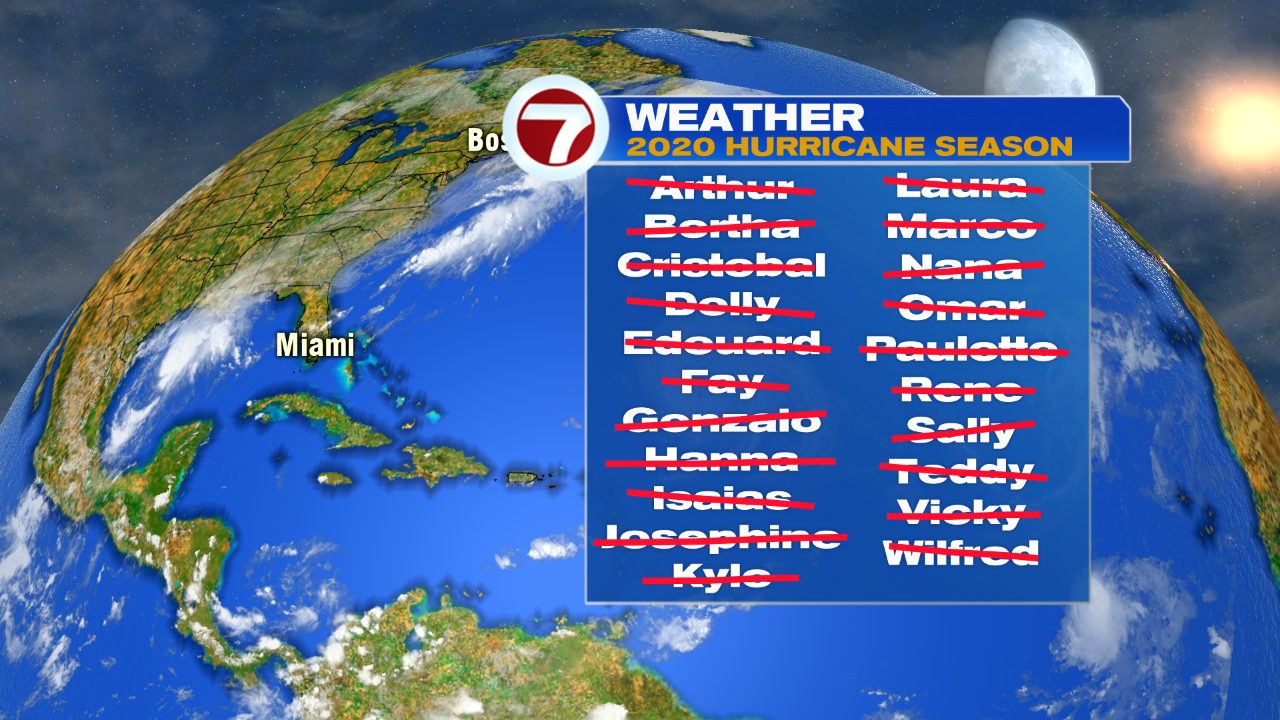 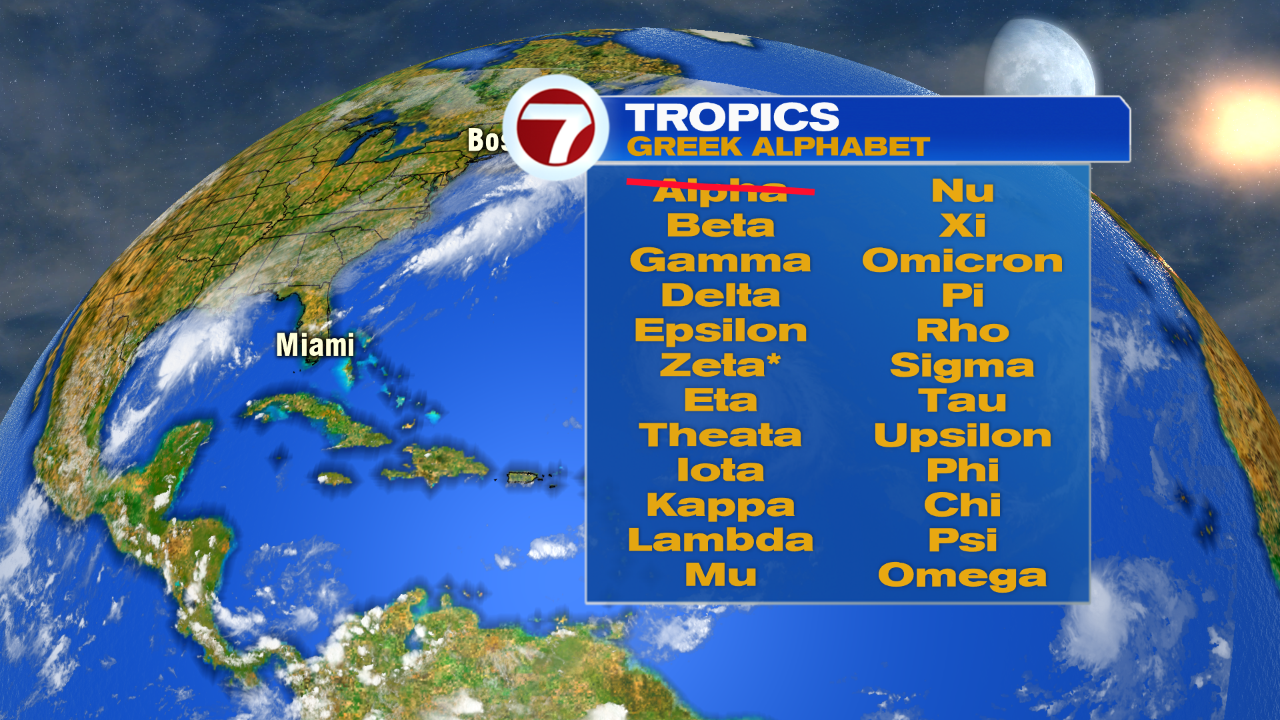 Let’s not forget out Hurricane Teddy, which continues to be Major Hurricane (a Cat. 4 right now) churning in the middle Atlantic and moving northward towards Bermuda.  Teddy will remain out to sea and will only bring strong rip currents and battering surf along the southern New England coast. 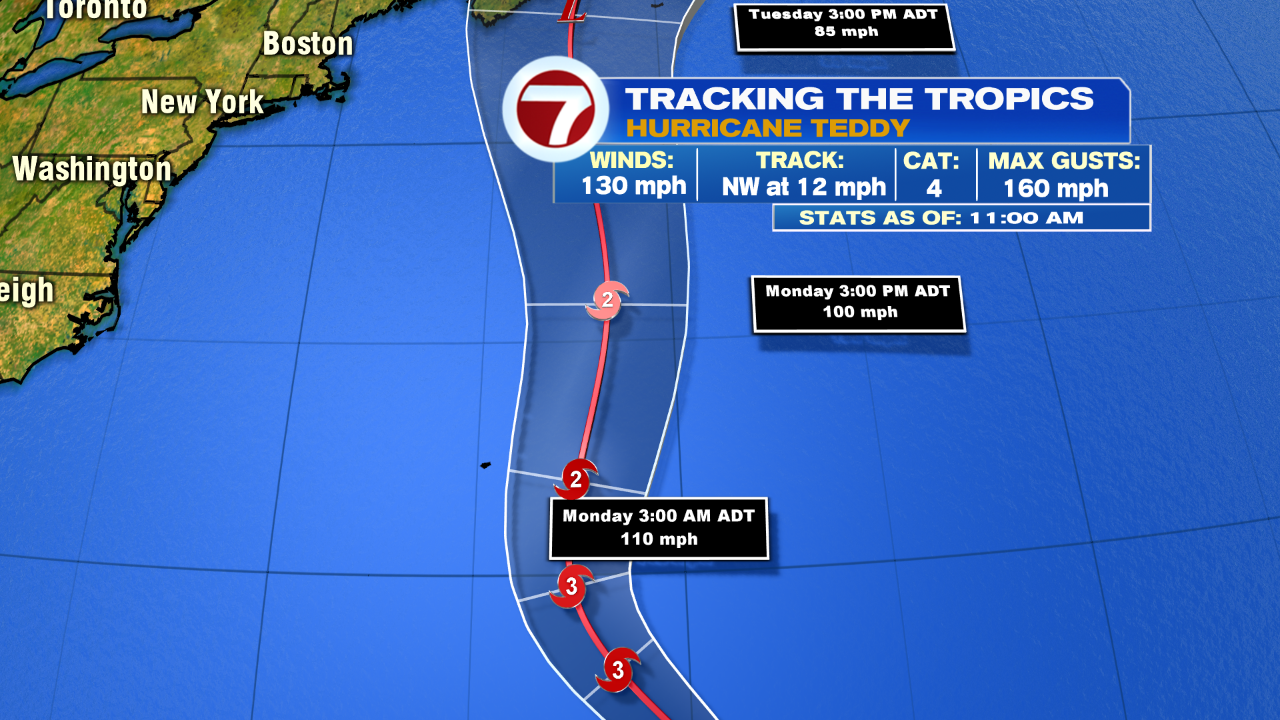 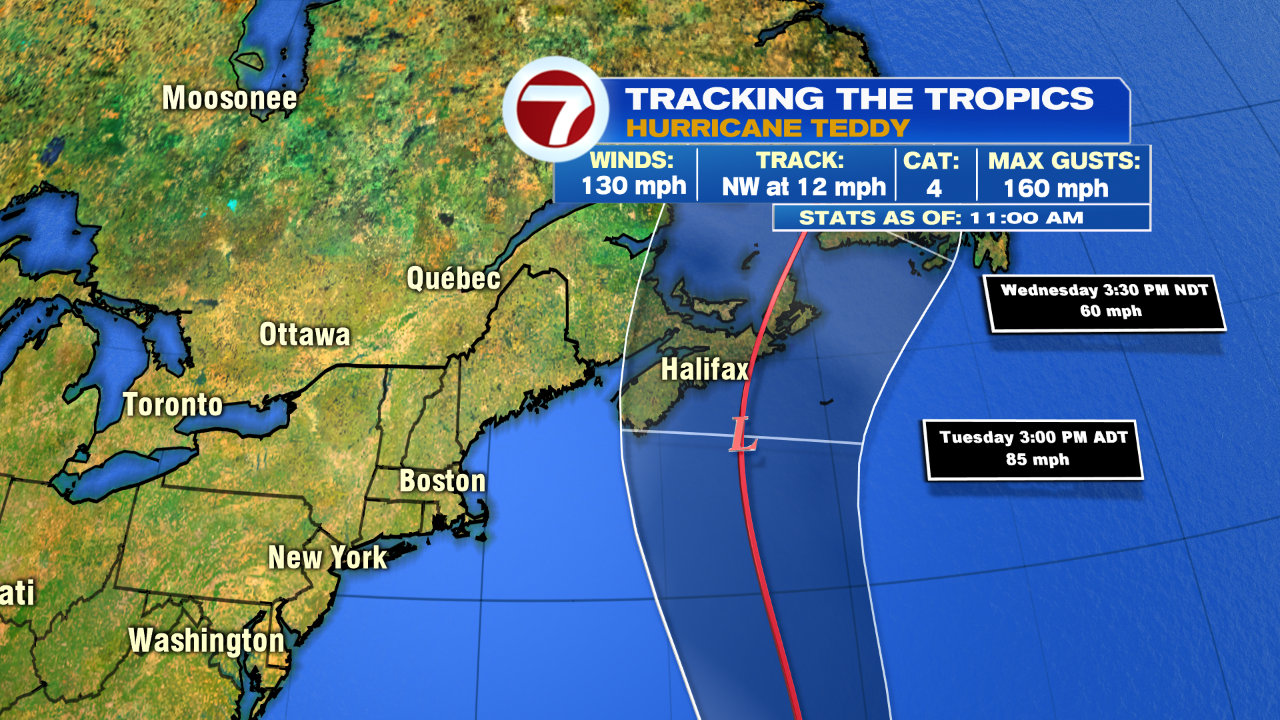 Back to our local forecast, the Fall Equinox Tuesday is followed by a slight warm-up for the second half of the week.  Plus, we have a dry pattern through most of the 7-day, aside from a few showers late Thursday lingering into next Friday. 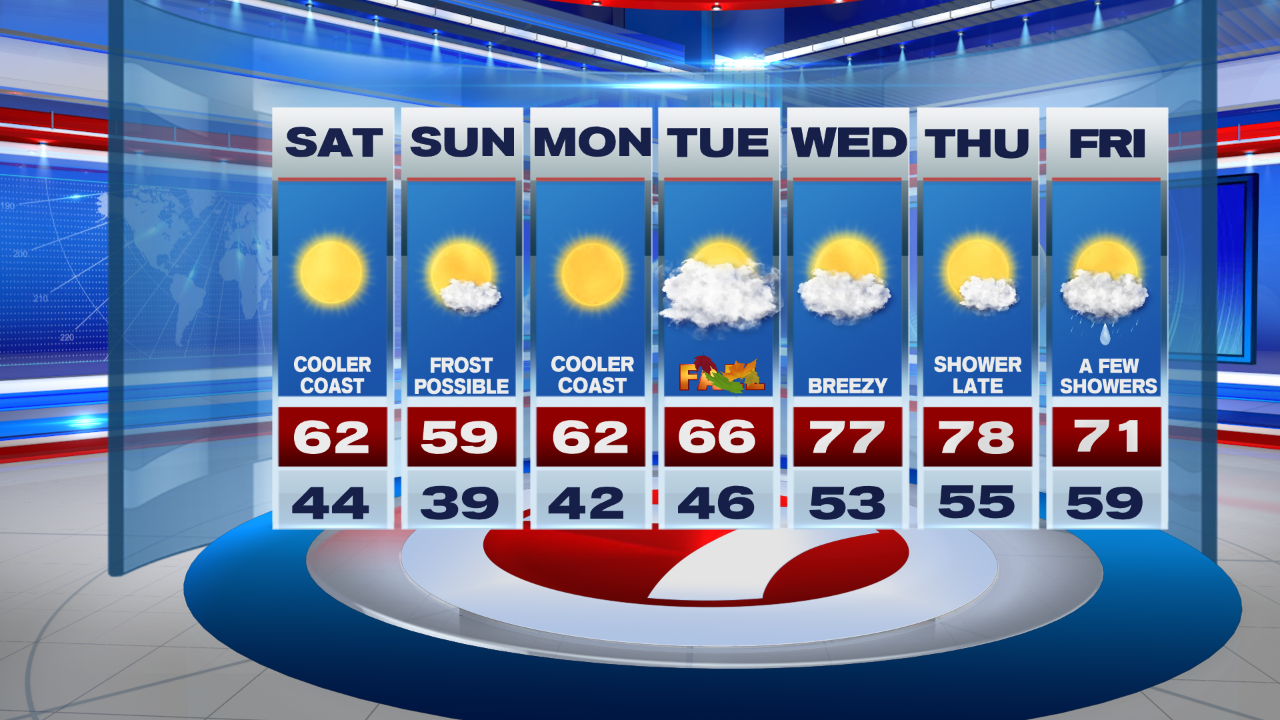