As a warm front lifts through the area this morning, it’s creating the opportunity for a few showers to work through. Most of those showers early this morning have been light, and we’ve also had dry breaks in the mix. There is another batch of showers west of us this morning, and that batch has some embedded heavier rain with it. As that slides east, I’d expect the chance for a few late morning/midday showers to exist before we’re dry mid to late afternoon. With breaks of mid to late afternoon sun, temps jump up into the mid 70s with some more humidity in the mix too. 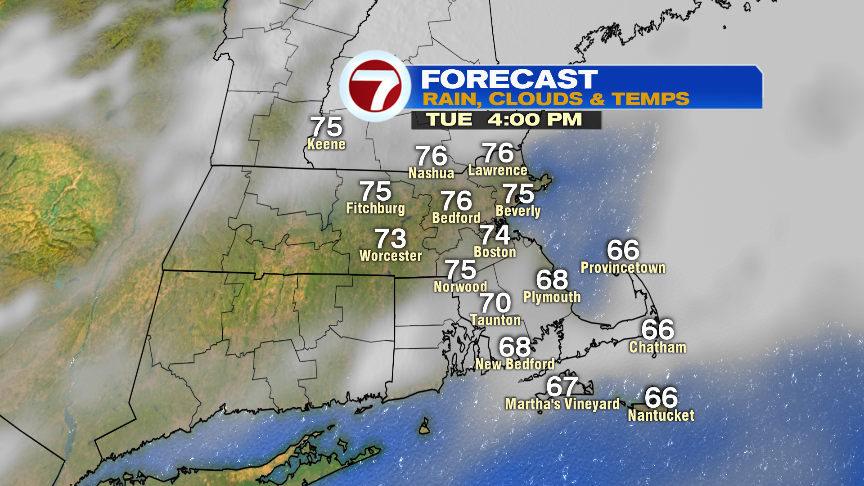 Tonight will be mild and muggy with lows in the mid to upper 60s. That will serve as a good launching pad to warm up quickly tomorrow morning. Highs reach 75-80 along the south of the Pike, with it be warmest, the farther south you go. That’s because a late morning/midday cold front comes through, crashing the temps in the afternoon. By the evening commute, many towns and cities are back in the 60-65 degree range. We’ll have a few scattered showers out there as well as the front slips through. Below is a late morning snapshot of temps… then they’ll drop. 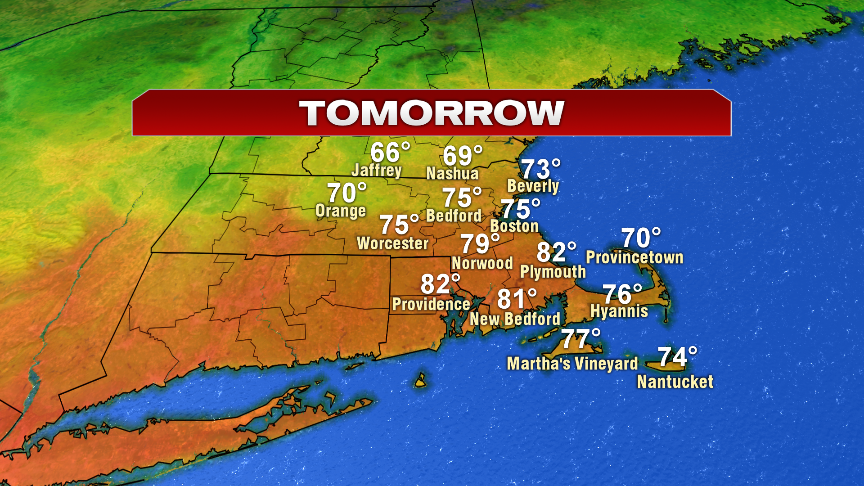 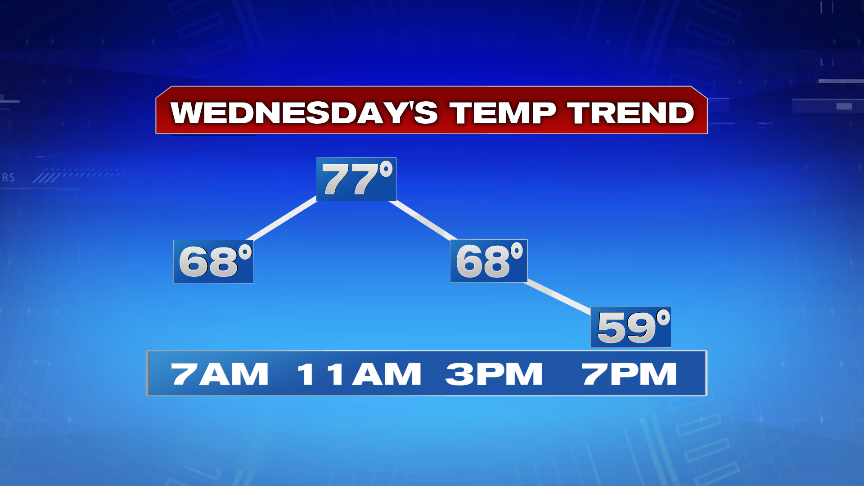 It’ll be much cooler Thursday and Friday and that cool air lasts through the weekend. The difference is that Thursday afternoon into Friday morning is accompanied by wet weather, while the weekend features mainly clear skies. We’ll likely see some areas of frost in the burbs over the weekend too.