7Weather- Temperatures were about 10 degrees below average today, but now temperatures go back to normal Wednesday.

It will be another cool/chilly night with temperatures between 45-53º. Wednesday starts cool, and you might need a light layer in the morning, but not so much in the afternoon. It will be a warm afternoon with highs in the mid and upper 70s. Skies are sunny, but it remains hazy/smoky. 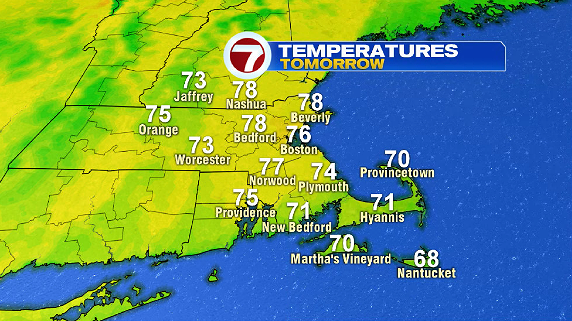 Thursday is a few degrees warmer, compared to Wednesday. Temperatures will be between 76-81º. Skies are initially mainly sunny, but become partly cloudy in the afternoon as a cold front approaches the region.

The front will bring in cooler, drier air Thursday night and into the end of the week. 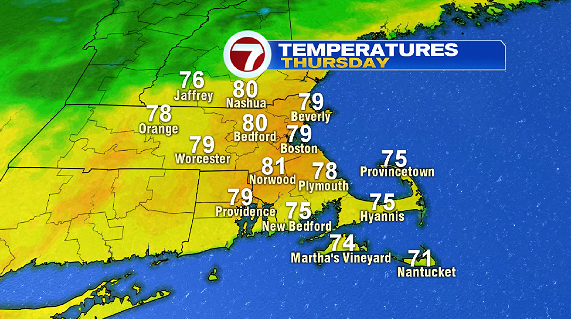 Already making weekend plans? Well, it’s looking like a nice, cool weekend. Friday stars cloudy, but gradually clears up. Temperatures make it into the mid 60s. Saturday and Sunday are perfect days to go to the apple picking! There will be plenty of sunshine with a fall feel. 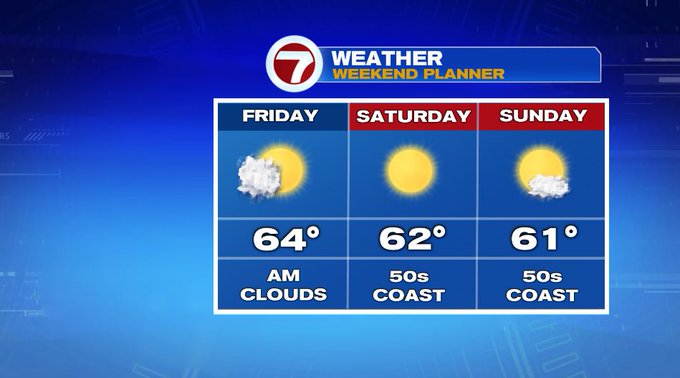 It’s great apple picking weather, but we could really use a few rainy days. We are really falling behind.

There was soaking rain August through September in 2018 with 9.77″ of rain in Boston. Last year was below average, but still a decent amount of rain. So far, Boston has received 2.74″ of rain August – mid September.

Aside from a few sprinkles Thursday evening, the next 7 days are dry. 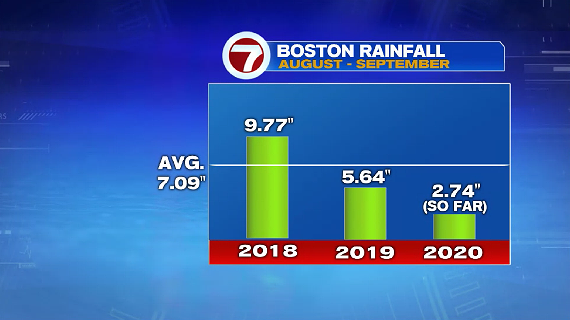